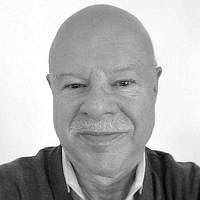 While Netanyahu procured a “timely” invitation to break bread with his favourite politician, The President of the United States, ostensibly to seize the historic opportunity that has been called the “Deal of The Century”, Israel has been withering. Let us take a look at the current “State of Our Nation” under the management of Mr. Netanyahu.

How about we start by looking at Israel’s security?  Hezbollah has taken over Lebanon and their missile arsenal threatens to overwhelm our sophisticated anti-missile layers of defence. Russia controls much of the skies over Syria and Iraq, with their SAM batteries, inhibiting our ability to use our air power against Iran and other hostile parties. Hamas and Islamic Jihad continue to intimidate our southern communities; whether with missiles, balloons, or occasional border incursions. Our need for improved civilian bomb shelters in the North has not been adequately addressed leaving many of the citizens of Israel less than properly protected. The IDF has not been able to implement a new forward-looking plan because of the budget impasse.

Speaking of which, because of the multiple elections the citizens of Israel have been put through, there is no budget. So programs have been cut and services to the public have been curtailed. No new hospitals are being constructed and 4 physicians recently committed suicide in Beersheba, along with a nurse at Sheba hospital. The corridors are overflowing, getting a medical appointment can take months, and a political hack who dresses like he still is in a shetl, calls himself a Rabbi, defends child-molesters from criminal courts, and is himself facing inditement charges, is our Netanyahu-appointed Health Minister.

What about housing? Who can afford it and who knows? Nobody is in charge. Education is under the portfolio of the Rav Rafi Peretz, who believes gay people can be “cured”. Transportation is the domain of Bezalel Smotrich…..starting to feel better now? Our favourite media (toi)  had an article today about how the “State is failing to collect natural gas profits for (the) public good”….Netanyahu’s Minister Steinetz really planned and runs this operation well.

Israel has not had a Police Chief for over a year. Why? The Chief Prosecutor hasn’t been replaced…….not important enough? New Judges are waiting to be appointed?And the list goes on and on touching parts of the economy and society that affects people in ways one can only imagine.

Last week was the 75th anniversary of the liberation of the Auschwitz death camp. The event was hijacked for political purposes. Visiting President Putin was paid an as yet unknown bribe to free an Israeli-American backpacker who had been foolish enough to transit a Russian airport while being high. I guess the fact that her uncle was Netanyahu’s driver counted for something. Too bad getting our dead soldier’s bodies back from Hamas is not as important. And let’s not even mention that over 25% of our holocaust survivors live below the poverty line. They don’t really count anyway in the narrative that is being spun about how great Israel has been under our current Prime Minister. There appears to be plenty of money to keep the Yeshivots nice and warm.

And now comes word that our “caretaker Prime Minister” will be leaving Washington for Moscow to continue his “other league” relationship with Putin. Facebook is full of photos of Netanyahu’s Russian friend cozying up to Rouhani and Erdogan. Maybe Bibi just wants to give our misguided drug Queen a ride home on his plane – after all he has already spent over a million ILS flying around as opposed to Gantz and his 3 person support staff having spent $10,000 to meet with Trump; but who is counting anyway? 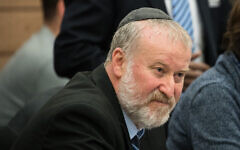