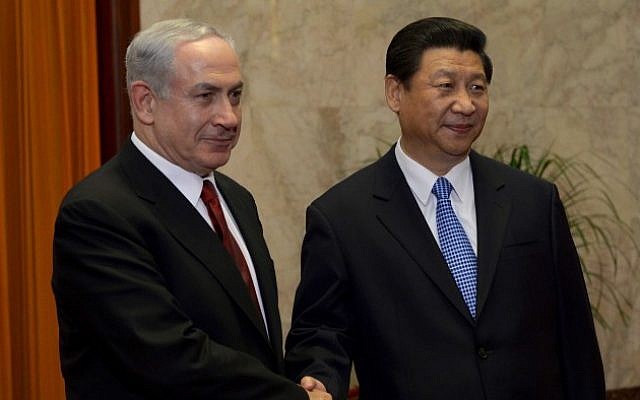 On 15 September Iceland’s capital city council voted to boycott all Israel-made products—not just those from the West Bank—on the heels of the 9 September European Parliament decision to label Israeli “settlement produce.” 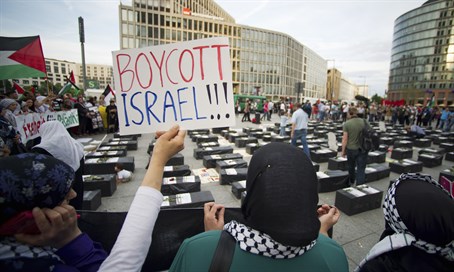 Ahava’s plant is located in the West Bank that is a target of the BDS movement, and in 2011 it was forced to close its London flagship store after weeks of demonstration by pro-Palestinian groups. In June the Dead Sea cosmetics company was reportedly considering relocating its factory from Kibbutz Mitzpe Shalem, located beyond the Green Line, to inside Israel’s pre-1967 border.

However, now that China has acquired the company and seeking to expand the products into China’s enormous and rapidly expanding cosmetics market, Ahava may not need to relocate. Back in 2007, Ahava had already signed exclusive distribution agreement with a Chinese company to build up the brand name in China.

Moreover, if other European nations follow Iceland’s model and boycott all Israeli products and not just those in the West Bank, relocating a factory would not make a difference.

In contrast, while the West boycotts Israel, Chinese companies such as Fosun have been pouring investments into Israeli companies the past years. For Fosun, which also bought Israeli medical and cosmetic energy-based device manufacturer Alma Lasers in 2013, “Israel is a highly attractive market that complements Fosun’s global expansion strategy.”

Unlike Europe that is still reeling from recession and the aftermath of the Eurozone crisis, China recognizes technology and innovations is a factor for continued growth. Tel Aviv-based IVC Research Center said in 2015, Chinese investments in Israeli start-ups would reach $467 million, a 54% increase from $302 million last year.

IVC counts some 30 new Chinese investors in Israel since 2012, with companies like Huawei and Desay seekings deals, and Alibaba—the worlds’ largest e-commerce company—investing $5 million in the startup Visualead in January and later in Jerusalem Venture Partner’s VC fund.

David Fuchs, managing partner of the newly formed $20 million Synergy China Funds, observed Chinese VC market is growing by leaps and bounds. As such many Israeli venture capital funds have raised capital from Chinese backers, and Israeli start-ups can also tap into more Chinese capital when they expand operations in the lucrative Chinese market.

It is interesting to note that just before Iceland and EU’s ominous moves in September to boycott Israel, Israeli Ministry of Foreign Affairs made a film in late August to mark the 70 anniversary since the end of WWII and to express Israel’s gratitude for China sheltering 20,000 Jews who fled Nazi-occupied Europe.

In the film, the Consul General of Israel in Shanghai Mr. Arnon Perlman said, “the film is a token of appreciation to Shanghai and to the Chinese people from the people of Israel. The Israel people will never forget how the Chinese people came to our help during our darkest hour. It is here, in Shanghai, where Jewish refugees could find shelter from the Nazi regime.”

Very prescient considering what would unfold in a matter of days after the film was made, with Israel’s Foreign Ministry condemning Iceland’s boycott and status as “a volcano of hatred spews forth from the Reykjavik city council building”, while EU’s decision provoked Prime Minister Netanyahu to invoke Nazi Germany’s boycott on Jewish stores and that “we have historical memory of what happened when Europe labeled Jewish products.”

After Israel made the film, which received wide Chinese press coverage, China responded with a video to express a heartwarming “you’re welcome.” 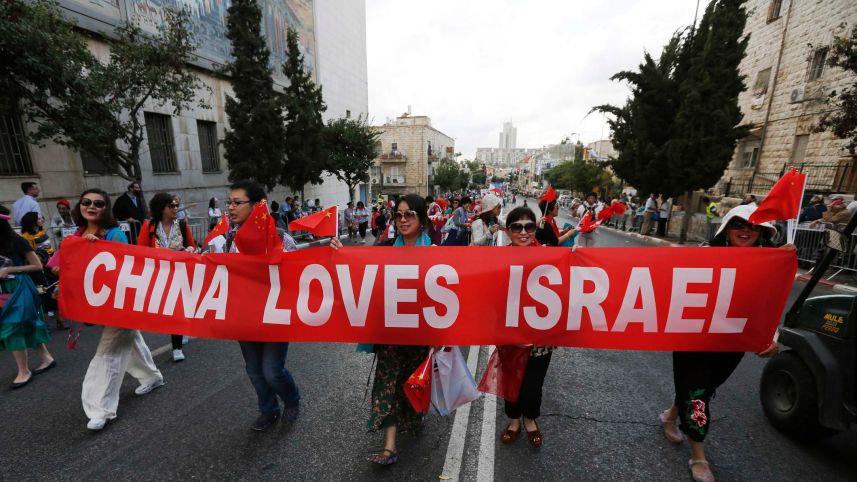 Perhaps, history may repeat itself again with China stepping up to shelter Israel while the West slaps her with BDS.