In a severe case of selective amnesia, South Africans unfailingly remember the struggle links between themselves and their Palestinians brothers but seem to forget that it was their neighbours in Africa who gave them refuge and shelter and who allowed them a safe haven during their darkest days of apartheid.

South Africa 2015. Xenophobic violence ignites and spreads. The army is summoned to contain “hotspots” and the country simmers. Embassies make plans to evacuate their citizens whilst South Africans, dumbstruck and bewildered hold silent, candle lit vigils in the desperate hope that in doing so the flames that ravage will be contained and tamed.

The Sunday Times leads with the headline “Kill Thy Neighbor!” On the same page, a large graphic photo captures the frenzied murder of Emmanuel Sithole. Bloodied and dying. Hunted, chased and stabbed. Murdered because he was not a South African. Slaughtered on the streets of this foreign land.

The country that bore Nelson Mandela, that taught the world about racial tolerance, about forgiveness and about peaceful transition, lies bleeding and broken alongside Sithole’s lifeless body on the streets of Alexandra. The rainbow of hope is shattered and sullied; now just a distant memory of wasted potential. Credibility and respectability can be seen trodden and discarded, and there is much to mourn.

With its integrity all but destroyed, South Africa will find itself in a difficult position internationally. The government not only allowed xenophobic violence to be cultured in its back yard, but also ignored the most basic warning signs as it blossomed and bore fruit. How does she ever regain the high ground she so enjoyed? How does she hold her head internationally and how will she dare to voice an opinion of others? But mostly, how did she turn on those who were instrumental in her liberation?

Jewish South Africans have long inhabited a difficult sphere. The South African government a vocal critic of Israel has lauded a disproportionate amount of attention on the Jewish state. Government Ministers have continued to welcome to the country those who seek Israel’s destruction. Its campuses have become “ground zero” to Israel Apartheid Week and the anti- Semitic BDS akin to a political party. Ministers have been taken to task for being openly anti Jewish.

Somehow, whether it was out of the respect for Nelson Mandela, or whether it was because of the perceived accomplishment of transition without violence, South African Jews have long tolerated the negativity and the criticism. They have challenged where possible and engaged as needed. But when the country that had managed to “get it right” spoke, was a requirement at least, to least listen.

But with the death of Sithole and with the xenophobic violence that threatens foreign nationals who have taken refuge in the country, there is simply no longer the need to do so. South Africa has turned on the people who sheltered them during apartheid and who allowed them to orchestrate and manage their campaigns. South Africa has not defied the odds. It has not reconciled its past and the rainbow that illuminated so much no longer shines. South Africa has lost the moral high ground and with it has relinquished its rights to tell anyone else how to govern. 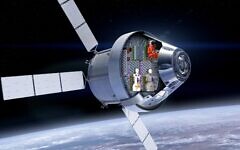