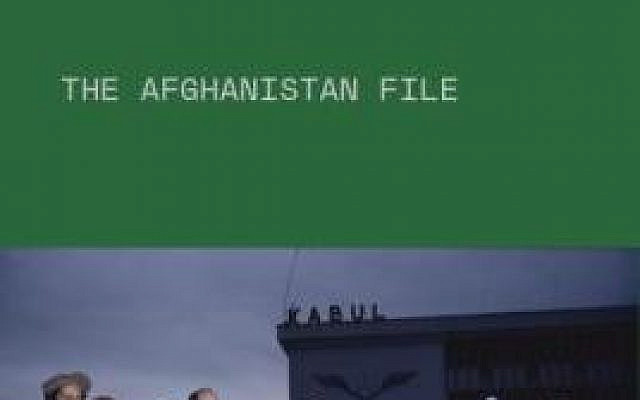 Former Saudi intelligence chief Prince Turki AlFaisal Al Saud must have gotten his tenses mixed up when he asserted in a recently published memoir that no one should underestimate the political importance of Muslims’ commitment to helping other Muslims.

Prince Turki’s memoir is focused on Afghanistan, a major preoccupation during his tenure as head of the General Intelligence Department (GID), the kingdom’s foreign intelligence service from 1977 to August 2001, one month before the 9/11 attacks on New York and Washington.

“No reader of this book should underestimate the moral and emotional commitment of Muslims to help other Muslims; this is a very powerful element in modern politics,” Prince Turki wrote.

Prince Turki, a long-standing proponent of reform within the kingdom’s ruling family, was no doubt correct in writing about significant Saudi and Muslim support in the 1980s for Pakistan and the Afghan mujahedeen in their jihad against Soviet forces that had invaded the Central Asian state.

The jihad gave birth to the Muslim world‘s equivalent of the Communists’ International Brigades in the Spanish civil war but with far more far-reaching and long-lasting consequences.

It seems difficult to maintain that Muslims still sustain their commitment to assist their brethren in need four decades later as Muslims experience one of the worst, if not the worst post-World War Two period of Islamophobia. Anti-Muslim sentiment ranges from the mainstreaming of bias and prejudice to what critics call cultural genocide.

Yet, much of the Muslim world, either intimidated by China’s coercive economic and diplomatic tactics or intent on garnering brownie points on a perceived common cause, has shied away from criticizing the People’s Republic’s brutal crackdown on Turkic Muslims in the north-western province of Xinjiang. Some countries, including Saudi Arabia, have gone as far as justifying what amounts to a frontal assault on a Muslim and Uygur religious and ethnic identity.

To be fair, Saudi Arabia has demanded movement on the Palestinian issue before it follows the United Arab Emirates and three other Arab countries in establishing diplomatic relations with Israel. Palestinians question whether the kingdom will maintain its position once King Salman surrenders the reigns or passes and is most likely succeeded by his son, Crown Prince Mohammed bin Salman.

Moral and emotional Muslim commitments may not be uppermost in Prince Mohammed’s calculations. The crown prince is expected to attribute greater importance to the potential boost that recognition of Israel would give to Saudi Arabia and his troubled personal relations with the United States than to the Palestinian issue. In Prince Mohammed’s mind relations with Israel may be one way of compensating for a less committed US defence posture in the Middle East.

Relations with the United States have been strained by the Saudi conduct of its 6.5-year-old war in Yemen, the 2018 killing of journalist Jamal Khashoggi in the Saudi consulate in Istanbul and a crackdown on dissent at home. As a result, the Biden administration has, with few exceptions, boycotted Prince Mohammed in its dealings with the kingdom.

Saudi Arabia’s tarnished human rights record has not just complicated the kingdom’s relationship with the United States and Europe but also impacted its effort to put its lingering ultra-conservative religious past behind it and project itself as a beacon of a moderate, pluralistic interpretation of Islam.

In doing so, Saudi Arabia is competing with the UAE, Qatar, Turkey, Iran, and Indonesia’s Nahdlatul Ulama to define the faith in the 21st century in what amounts to a battle for the soul of Islam as well as a competition for leadership of the Muslim world, a long-standing Saudi foreign policy goal.

The Saudi-funded King Abdullah International Center for Interreligious and Intercultural Dialogue (KAICIID) struggled since its opening in 2012 in Vienna with the association to a kingdom that denied women their rights and violated human rights.

The era of Prince Mohammed, despite witnessing significant enhancements of women’s rights, social liberalisation, and a degree of religious outreach, did little to improve the centre’s image. The killing of Mr. Khashoggi and the brutal crackdown on dissent forced the centre earlier this year to move its operations from Vienna to Geneva.

´The irony is…that, as the Gulf governments promote their ‘tolerance’—which today is a popular commodity in the Gulf—they uniformly do so despite extreme intolerance of political and social pluralism and freedom of opinion and expression,” noted Khalid al-Jaber, a former Qatari newspaper editor who heads a Washington research group. “It is not surprising that almost all dissidents against the Gulf’s monarchies, regardless of their political stripes, have been imprisoned or sent into exile.”

Mr. Jaber charged that inter-faith dialogue when sponsored by autocrats “becomes a chapter in the public relations ploy to whitewash foreign and domestic wrongdoing.”

Saudi Arabia’s proposition of a more tolerant ‘moderate’ Islam is further called into question by its failure to legalize non-Muslim worship and the opening of non-Muslim houses of worship in the kingdom as well as its equation of atheism with terrorism.

The Houthi-controlled Yemen Press Agency reported that a Yemeni journalist had been sentenced in late October to 15 years in prison for promoting atheism. The dissident Washington-based Gulf Institute said that Ali Abu Lahoom had also been sentenced on charges of spreading heretical ideas. It said his case was processed through the judiciary at unusual speed since Mr. Abu Lahoom’s arrest in August.

In a twist of irony, Saudi and UAE exploitation of Islamophobic sentiment to counter political Islam and the Muslim Brotherhood, deemed the greatest challenge to the religious legitimisation of the two Gulf states’ autocratic rulers, has been most successful in Austria, despite the expulsion of the King Abdullah Center, as well as France.

Saudi Arabia and the UAE showed little concern for what impact their support for campaigns against political Islam laced with Islamophobia would have on the status of the Muslim minority in the two European countries.

Mr. Macron “does not want to see Muslims ghettoized in the West and he is right. They should be better integrated into society. The French state has the right to explore ways to achieve that,” Mr. Gargash said.