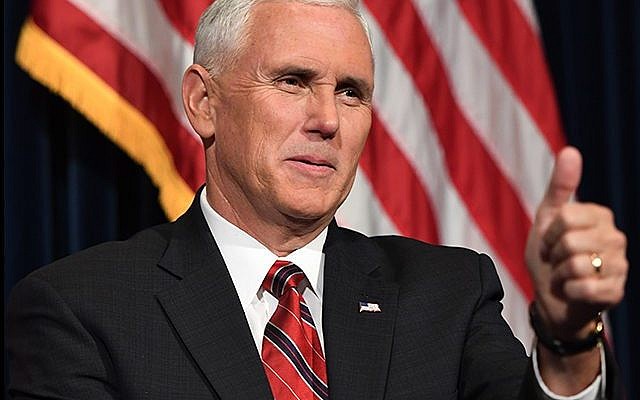 A big mistake is made by politicians on the Left in the US who prepare for 2020 by asking out-loud: “Who can beat “Donald Trump?”

Trump is so 2019. He will not be re-electable. In jail, on his way to jail, found out by most of the electorate as a plain liar, escaped to a Trump-friendly country, all of the above….

Much harder to outdo at will be his Vice, so the right question is: Who can beat Mike Pence?

Pence will peddle soft-Trumpism. All the reactionary capitalist stuff, but in a soothing tone, with some compromises here and there, the new reasonableness all over.

As I said: the new reasonableness. Who could surpass that?

Clinton is too arrogant. Feel the burn-out Sanders is too angry and aloof. Sorry to say, the USA may be just too sexist to elect Warren. And the rest don’t stand a chance either.

Oprah is wildly popular — among her fans. What would help would be someone who’s attractive on the other side of the aisle.

It’s gonna be Pence. And that is only good for Israel — believe me.