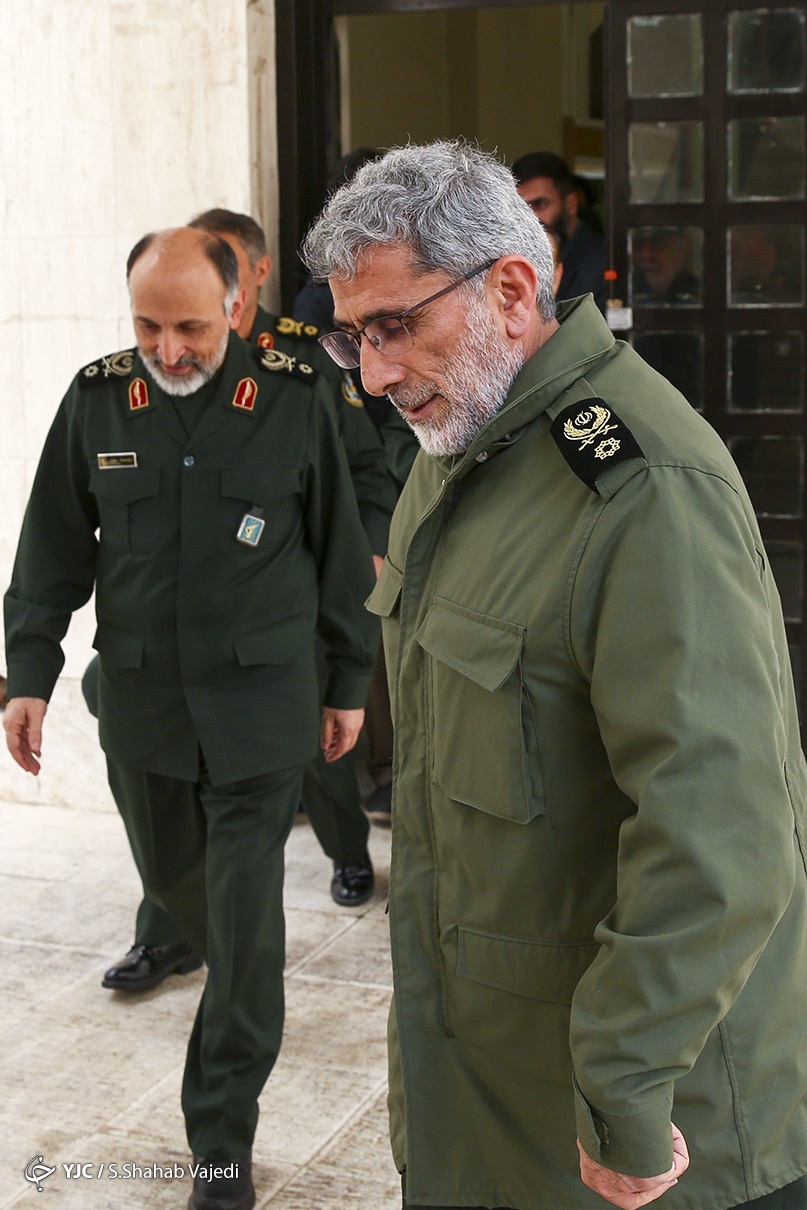 EXECUTIVE SUMMARY: Shortly after the killing of Quds Force commander Qassem Soleimani on January 3, 2020, the Iranian Supreme Leader announced that Soleimani would be succeeded by his deputy in Afghanistan, Esmail Qaani. Qaani is a somewhat enigmatic figure, as he served for years in Soleimani’s shadow. He is known, however, to be a religious extremist and an avowed enemy of the US and Israel. His main mission is to expand Iran’s ballistic missiles program and strengthen Shiite militia groups across the Middle East.

The Quds Force, which is estimated to have about 10,000 to 12,000 fighters, is the expeditionary arm of Iran’s Islamic Revolutionary Guards Corps (IRGC). It was led until January 3, 2020 by Qassem Soleimani, who was killed in Baghdad by a US airstrike. Esmail Qaani, Soleimani’s deputy in Afghanistan, was appointed by Iran’s Supreme Leader to succeed Soleimani as head of the Quds Force.

Qaani differs from Soleimani in several ways. He lacks Soleimani’s charisma, for example, as well as his level of education. He believes, however—as did Soleimani — in pursuing an aggressive foreign policy, and frequently spouts extreme anti-America rhetoric. He is known to be a religious extremist, an avowed enemy of the State of Israel, and committed to the spread of Islamic extremism.

Qaani deals with Shiite militias and Islamic extremist groups in Pakistan, Afghanistan, Uzbekistan, and elsewhere, and has supported Islamist movements in Iran’s eastern region at various times. He backs a wide array of insurgent groups that commit acts of terrorism in Iraq and Afghanistan.

Qaani’s professional background is in the spy network of the Quds Force. He was trained at the IRGC-QF intelligence office and the IRGC’s Organization for the Protection of Intelligence. His is thus more of an espionage expert than a military commander.

Qaani is a radical conservative hardliner and ideologically extremely anti-US and anti-Israel. He is known to be financially corrupt and opportunistic, as well as politically connected. He is close to the circles of both Ali Larijani, the current Speaker of the Majlis, and Mesbah Yazdi, one of Tehran’s main Islamist hardliners.

Qaani’s primary mission is to expand Iran’s ballistic missiles program and bolster Shiite militia groups across the Middle East. It is likely that during his time as head of the Quds Force there will be many military clashes between US forces and Iranian proxies. Qaani believes, as did Soleimani, in destabilizing behavior as a policy choice. Though he is reluctant to engage in direct warfare against US forces, he represents a serious threat to the US presence in the region as well as to Israel and Saudi Arabia.

Qaani will do his best to stay as close as possible to the Supreme Leader ahead of Khamenei’s eventual demise, and, like Soleimani, will put effort into expanding his personal relationships with Iran’s proxies. Qaani, whose particular expertise is in Iran’s eastern neighbors, has warm relations with the Fatimiyoun (Afghanistan’s Shiite militia) and the Zaynabiyoun (Pakistan’s Shiite militia). Under Soleimani’s guidance, Qaani used these groups in Syria to protect the Assad regime.

Like all Quds Force intelligence men, Qaani believes in the militant proxy model, and has ties with several al-Qaeda leaders as well as the Taliban. Qaani was one of the Quds Force figures who supported the idea of using Eritrea as a proxy to enforce Yemen’s Houthis in their attacks on Saudi Arabia. He has also cultivated groups with special modi operandi.

Qaani is entirely under the influence of the house of Khamenei, to the point that he can be viewed as a kind of yes-man. While Qaani might lack the charisma and originality of Soleimani, their ideological worldviews are exactly the same and coincide precisely with that of Khamenei.

According to that view, Tehran’s ideological and financial investments in its Arab proxies cannot be separated from its longstanding conflict with the US, an enemy characterized by the regime as a global imperialist. The regime’s, and thus Qaani’s, central object is to maintain Iran as a revolutionary state and challenge American supremacy in the Middle East and beyond.

At the present moment, the immediate goal is to weaken the US. Qaani and the Quds Force can be expected to pursue that goal by keeping the US a primary terrorist target. Under Qaani’s leadership, the Quds Force will seek to intensify and coordinate terrorist operations among various groups both in the region and around the world.

The Quds Force has built cells in Africa, South America, and Latin America, and has the capability to carry out attacks on the US border. It is also willing to use sabotage and terrorism to confront the US in the Persian Gulf. As incoming US president Joe Biden will likely discover, putting pressure on Iran could have violent consequences.

About the Author
Erfan Fard is a counterterrorism analyst and Middle East Studies researcher based in Washington, DC. he is in Middle Eastern regional security affairs with a particular focus on Iran, Counterterrorism, IRGC, MOIS and Ethnic conflicts in MENA .he gratuadted in International Security Studues (London M. University, UK), and in International Relations (CSU-LA), and is fluent in Persian, Kurdish, Arabic and English. Follow him @EQFARD
Related Topics
Related Posts
Comments