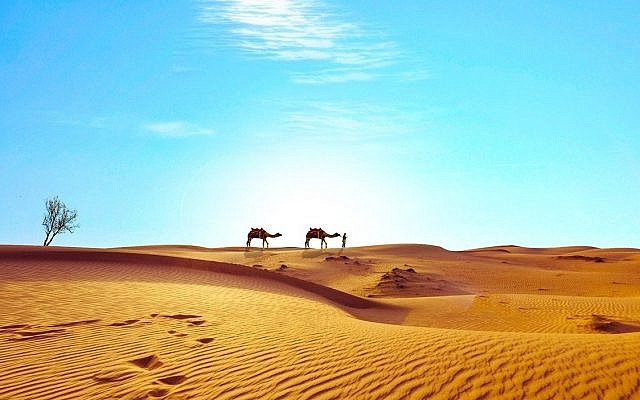 With the opening of the book of Shemot, we transition from Bereshit, the story of the family, to Shemot, the story of the nation. It is a shift in the meaning of “Bnei Yisrael,” from “the children of the man named Yisrael (Yaakov),” to “The Nation of Israel (the Israelites).” This can be seen in the opening verses: “וְאֵ֗לֶּה שְׁמוֹת֙ בְּנֵ֣י יִשְׂרָאֵ֔ל הַבָּאִ֖ים מִצְרָ֑יְמָה אֵ֣ת יַעֲקֹ֔ב (Exodus 1:1). These are the children of the man, Israel, who came down with his sons, their wives and their families. Almost immediately after this opening verse, however, the same phrase Bnei Yisrael names us as a people, as the Israelites.

It is interesting to note who it is that refers to us in this way. It is Pharaoh. We are first called a nation, a people, by a non-Jew. And not just any non-Jew, but one who is out to destroy us. “הִנֵּ֗ה עַ֚ם בְּנֵ֣י יִשְׂרָאֵ֔ל רַ֥ב וְעָצ֖וּם מִמֶּֽנּוּ.” Behold, the people — the Israelites — are greater than we.” (Exodus 1:9) . They might join our enemies; they might wage war upon us. We must enact edicts against them; we must enslave them! These people, these Israelites, are to be feared and hated.

This is a scary thought. It is the idea that our identity is defined from the outside, by oppression and antisemitism.

To some degree, this has historically been the case. We have been othered and hated, and our boundaries have often been defined by our othering. And when, in certain societies and at certain times, there has been more acceptance and the walls that separate us from those around us have been lowered, then our identity and group cohesion has been challenged. Assimilation and intermarriage are often the cost that comes with the openness and welcome from the outside society.

What’s more, even in more open societies, we often choose to continue to define ourselves in terms of our shared oppression. In our contemporary reality, with a wide range among Jews of levels of observance and of theological beliefs or lack thereof, Jewish identity is increasingly hard to pin down. Both individuals and sociologists look to find one characteristic that is present regardless of degree of belief or observance, one characteristic that all Jews share. And for many that is antisemitism, or — more specifically — the shared experience of the Holocaust.

What a depressing way to self-identify. That what makes us an am, a nation, is a shared history — not of our successes and the impact that we have had on the world — but of suffering, attack and attempted genocide. This is the lachrymose view of Jewish history. But who, in the end, wants to be defined by the negativity, opposition, and othering? 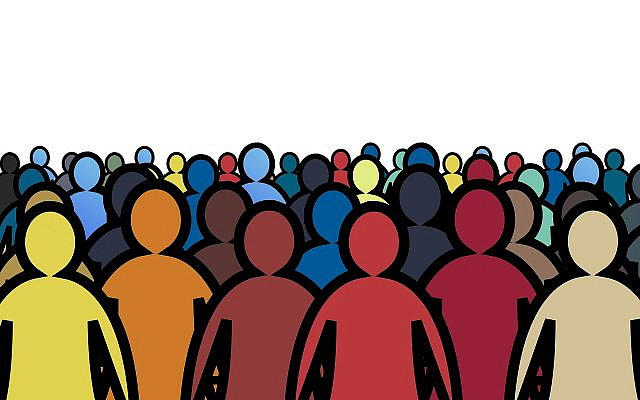 A closer look at the Torah reveals that there is more than one term to refer to us as a collective. The term in this week’s parsha is “am” which can be translated as “people.” The root of this word most likely comes from im, to be with, and its meaning are those who are connected with one another. There is no further defining factor to such a group. Anything can be the basis of their connection.

Later in the Torah we have two other words — one, eidah, shares an entomology with the word moed, and has a meaning of those who have come together at an appointed time. An eidah is people who have gathered together. It enjoys a deeper degree of cohesion than an am. Yet, in the end, there is something ad hoc about this gathering; it is often spontaneous, without planning or a clear sense of goals. There is no enduring identity to an eidah.

The third word, kehilah, congregation, means something different altogether. Lehakel is to gather with intentionality and for a purpose. People do not congregate by accident. Kehilah is the key word used in the Torah in Devarim, regarding standing at Har Sinai (Deuteronomy 4:10): “הַקְהֶל לִי אֶת הָעָם – Gather the people to me.” This is the day of standing at Har Sinai is actually called (Deuteronomy 10:4) “יוֹם הַקָּהָל – the day of gathering.” And this is re-lived every seven years in the mitzvah of Hakhel — a gathering of the people to reenact the receiving of the Torah at Har Sinai.

Kehilah is a sense of identity that endures. Rav Soloveitchik distinguishes an identity of shared fate (“am hagoral”) to one of shared destiny and mission (“am hayiud”). In our terms, what Rav Soloveitchik is saying is that we are not just an am, we are also a kehilah. There is a reason why synagogues are called “Kehila Kedosha” We see ourselves as members of a community defined by a common purpose, a shared understanding of what it means to be a Jew in the world.

This is the challenge that faces us. Will we choose to be defined, by ourselves or by others, by boundary issues? To define ourselves in terms of who is against us and whom we oppose? Are we to invest our energies into monitoring and guarding those boundaries and in elevating the self-appointed guardians who choose to do so? To do so is to settle on us as an am, as a people defined by the Pharaohs of the world, as a group that chooses to characterize itself in terms of its opposition to and by outside forces.

There is another way — the kehilah way. It is to ask ourselves not whom are we against, but what are we for? Why are we gathered? What is our purpose and what are our commitments? What are our values, and what are we to accomplish in the larger world?

My brakhah to all of us is that we move, not just from being individuals in Bereshit to being a people in Shemot, but also from the beginning of Shemot to its climax in the story of Yitro. From being defined by Pharaoh to the gathering at Har Sinai, to living lives of purpose and mission, lives of Torah and Mitzvot in the service of the people and in the service of God.