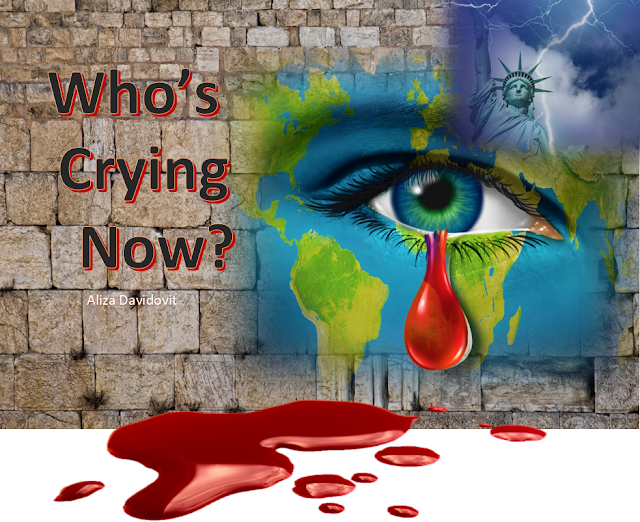 The tallest lady in America is 151 feet tall plus one inch. Her name is Lady Liberty. She has stood for over 130 years as an icon of freedom, her torch a beacon of hope. But as British philosopher John Locke poignantly edified, there is no freedom without the LAW: The end [goal] of law is not to abolish or restrain, but to preserve and enlarge freedom.”  But the law has been spurned and now lawlessness is playing out on the streets of America. Freedom’s foundations are trembling and the little hairs on the back of Lady Liberty’s neck are standing up. And if we haven’t yet seen the light, how could we miss the lightning? An incident that should have us all deeply contemplating the future and repenting over the misdeeds of the past is the bolt of lightning and its accompanying roaring thunder that nearly hit the Statue of Liberty this past week. The visual was spectacular. But I don’t believe in mere coincidence. The warnings are in the air. For the Talmud teaches: “Thunder was created only in order to straighten the crookedness of the heart.” The global symbol of freedom, almost hit by the finger of G-d should be an eye opener.

Jews, wake up! Our safe haven is not the copper lady. Neither is it the other idols we serve: prestige, gold, money, stocks, cars, gadgets and greed. The only laws that protect freedom: life, liberty and the pursuit of happiness, is the Torah and all its moral precepts. But we trample it under our feet. We cannot ignore G-d’s signs anymore than we could ignore the 2004 earthquake in Israel that left a crack in the ceiling of the Knesset plenum, Israel’s parliament. We’ve lost our moral grip and everything else is a consequence. In no place where we stand can we forget before WHOM we stand: G-d.

These past few weeks mark the saddest times in Jewish history, with the three weeks culminating next week on Tisha B’Av, the saddest day of all. On that day we fast and mourn the destruction of both our Holy Temples which were destroyed (for “lightning” surely did hit twice in the same place.)  The first temple was destroyed by the Babylonians in 422 BCE (it stood 410 years) and the second by the Romans in 70 CE (it stood 420 years). What made the temple so holy? There are many reasons; I’ll offer a few: ●One exegesis says that the earth from which Adam (the first man) originated was from the future site of the altar of the Holy Temple. ●Secondly, it is there on Mount Moriah that our patriarch Jacob had his dream of a ladder reaching from the heavens as angels ascended and descended. Upon waking he said: This must be God’s abode. It is the gate to Heaven.” (Genesis 28:17). ●It is also the site where Abraham set up an altar to sacrifice his Isaac at G-d’s behest.  The Temple is also called the place where heaven and earth kiss, where G-d and his people come together. But his people cheated on Him and the walls came tumbling down and we cheat on him still in the same measure: baseless hatred, murder (even with our slanderous tongues), sexual perversions and idolatry. Just as every Passover we read that each generation has to be grateful for its freedom as if we ourselves were freed from Egypt, so too each generation has to blame itself that the third Temple was not rebuilt. We should be crying every day, not just on Tisha B’Av, that our Temple is destroyed. Some may not remember why Jews break a glass at a wedding. It is a reminder that even in our greatest joy as we are about to build a new life/house, that G-d’s House is still broken. When the Second Temple was destroyed the Talmud teaches that the gates of prayer were closed. The only gate that remains open is the gate of tears. But as the famous song asks, “Who’s crying now?” In this week’s Torah reading Moses asks the same question.

Moses iterates the same word that would begin the book of Lamentations over 800 years later which we read on Tisha B’Av. “Eicha esa levadi”(“How shall I bear it alone?”) According to Rabbi Adin Even Yisroel Steinsaltz, “Moses was not bemoaning the fact that he had to work hard and couldn’t make time for a vacation. What troubled Moses was the tragic fact that he alone must bear the burden of the Jewish nation; “Why is no one else troubled by what is happening with each individual member of our nation?” he was asking, “Why am I the only one who loses sleep because of the troubles of our People!?” (Chabad.org) The problem is too many of us sleep well at night. Who is crying and worrying for the future of our people?

Perhaps this future can be best gleaned from the following two stories. It will all depend on who is right: Napoleon or a Muslim terrorist.

It is said that Napoleon was once passing a synagogue on Tisha B’av. He was taken aback by the sight of people wailing, mourning and sitting on the floor in visible grief. He inquired as to the source of the tragedy. He was told that the Jews were crying over the destruction of their holy temple. As emperor he was surprised he had not heard the news. He was then told that it wasn’t a recent happening but rather transpired 1700 years prior. To that Napoleon replied, “A people who cry for a temple for 1700 years will surely endure to see it rebuilt.”

Another story, which I first heard from Rabbi Yaron Reuven, sadly foretells a different ending. Salach Taomri, a heroic figure to the Palestinians, a terrorist to the Israelis, found himself in an Israeli prison.  He was truly dejected and certain the aims of the Palestinians would not be successful against the strong Israeli army. In solitary confinement,  “Hatikvah,” i.e. hope, had drifted away. Then one day he saw an Israeli guard eating a pita sandwich. He asked him if he was Jewish, to which the guard said, “Yes.” He then asked the guard why he was eating a pita bread on Passover. The guard answered, “I am not obligated to the wonders that happened to my people more than two thousand years ago. I am secular. I have nothing to do with that.” From that moment on the Palestinian prisoner became instantly re-inspired and reinvigorated. Not only was he motivated to break Israel by attrition and hope for even minor gains, now the entire country became a viable target. If the Jews no longer cared for the history and the G-d that brought them to their land, they had lost the integral force to hang on to it.

Friends, who’s crying now? No, Argentina isn’t crying, but Jerusalem is and next week hopefully we will cry along with her. For as scriptures says “Those who sow with tears will reap with songs of joy.”