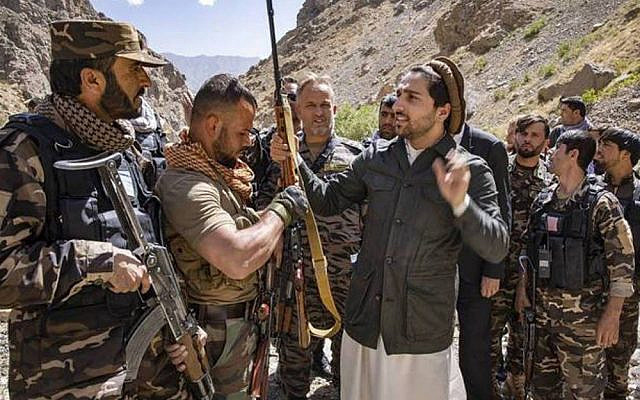 Recently the Taliban have ordered an indefinite ban on university education for the country’s women, the ministry of higher education said in a letter issued to all government and private universities. Before this drastic decision last year, The Ministry of Women’s Affairs was dissolved. And the sinister Ministry for the Propagation of Virtue and the Prevention of Vice has been re-established. This clearly illustrates that the Taliban will carry on with its medieval conservative interpretation of Islam they are nothing more than an extremist group that has grabbed power. In addition to that, the Taliban is still nurturing global jihadi elements they just outrightly lie that they don’t have any global ambitions. This was clearly illustrated when in August last year a U.S. drone killed al Qaeda’s leader, Ayman al-Zawahiri, in a Kabul apartment reportedly owned by Taliban’s senior leader and interior minister Sirajuddin Haqqani. Afghanistan after the Taliban’s takeover has become a haven for global and regional terror outfits like-Al-Qaeda, Tehrik-i-Taliban Pakistan, which seeks the overthrow of the Pakistani state. Anti-Beijing Turkistan Islamic Party (formerly the East Turkestan Islamic Movement). And the Islamic Movement of Uzbekistan and Jamaat Ansarullah, which targets Tajikistan. Islamic Emirate has literally turned the country into a sanctuary for global jihadist organizations.

Taliban 2.0 has proven to be not much different from its previous version in terms of harboring an ultra-conservative ideology, policies, and practices. Hibatullah Akhundzada, the Taliban’s supreme leader, has in his speeches regularly emphasized that the struggle does not end in Afghanistan but goes beyond its borders to help all oppressed Muslims throughout the world. So, if the international community does not want Afghanistan turned into a hub for terrorism. Then the best option for it is to support the Anti-Taliban resistance groups which will also be a cheaper option than maintaining any form of armed presence. Around 40 Afghan warlords and exiled politicians convened a meeting and formed a High Council of National Resistance in Ankara in May 2022. To showcase that their respective anti-Taliban resistance can form a united front. The members include former Balkh province governor Atta Mohammad Noor, National Resistance Front (NRF) member Ahmad Wali Massoud, and Shia leader Mohammad Mohaqiq.

The most important group leading the resistance is the National Resistance Front (NRF) which is the biggest anti-Taliban armed group. It’s believed to have several thousand fighters and is led by Ahmad Massoud, the son of the late Northern Alliance commander Ahmad Shah Massoud. Despite the limited resources, the NRF is gaining ground mainly due to Taliban failings and their own successful operations. The killing of Mullah Zakir Qayyum, an important Taliban commander by NRF in September last year showcased this. It has become self-evident in Afghanistan that once an armed resistance group gains a foothold in an area it becomes hard to root out. This is more so if it is able to mobilize a degree of local support and operates in a geographically remote area. Since the takeover of Afghanistan by the Islamists NRF appears to have achieved just that in the provinces of Panjshir, Baghlan, and Parwan in the country’s northeast. This has been done despite significant odds and without much outside support.

Ideologically, NRF embraces a moderate central Asian Islamic tradition espousing reason and cultural propagation. It advocates a decentralized political system in Afghanistan based on elections as well as promoting equality regardless of gender, ethnicity, sectarian or linguistic origin. The NRF has the potential to establish territorial enclaves if provided with money and armaments in its northeastern strongholds. With assistance from the United Nations, it could restore some public services as well. Most importantly it could bring back education for girls and provide refuge for those at immediate risk of persecution like Afghanistan’s Shia community. International humanitarian help in NRF-controlled areas might also offer a solution to the likely migration of millions of Afghans to neighboring regions and to Europe.

With domestic and outside support, perhaps the NRF could play its part not only in bringing down the Taliban but in establishing a more moderate and representative government to take its place. In a recent interview with Foreign Policy Research Institute Mr. Ali Nazari, the head of foreign relations of the National Resistance Front said that they are pursuing a resistance strategy divided into various phases. He said now they are in the first stage of gathering strength in the countryside while exhausting their enemy. The NRF hopes to move soon to the next stage of the insurgency by liberating select regions of the country, which would allow them to gain the resources for the final stage of fighting large-scale battles to overthrow Taliban rule.

It’s a matter of fact that now NRF is the most liberal and democratic force that can be relied on as a counterterrorism ally in Afghanistan. Also, the United States and its allies should strengthen the NRF to fight other terrorist groups in Afghanistan. This approach is already successfully being used by the West in Syria and Iraq by supporting Kurdish fighters to fight against the Islamic State.

About the Author
Manish Rai is a columnist for the Middle East and Af-Pak region; Editor of a geo-political news agency Views Around (VA)
Related Topics
Related Posts
Manish Rai