On August 13, CNN reported the Pentagon has launched a new task force to investigate UFOs.

The Department of the Navy, under the cognizance of the Office of the Under Secretary of Defense for Intelligence and Security, will lead the Unidentified Aerial Phenomena Task Force (UAPTF) to understand the “nature and origins” of UFOs.

Back in April, the Pentagon officially released three short videos of US fighter jets encountering UFOs, and in June this year the Senate Intelligence Committee voted for a public analysis of these encounters. However, UFOs have been a longstanding interest for the U.S. government since the 1947 Roswell incident.

In the summer of 1947, a rancher discovered unidentifiable debris in his pastures in Roswell, New Mexico. The debris was quickly gathered by the military from the Roswell Army Air Field and on July 8, 1947, a press release under orders from base commander Col. William Blanchard mentioned they were in possession of a flying saucer, which was contradicted by the next day’s press release from Gen. Roger Ramey that it was a weather balloon.

This became the start of the best-known and well-documented UFO story, which regained steam in the 1980s when rumors surfaced about a cover-up by the Majestic 12 (MJ-12). This was a purported secret UFO investigation team created by President Harry Truman in 1947, that included the first four Directors of Central Intelligence, the first Secretary of Defense, and several outstanding scientists and military leaders.

To this day, the Roswell incident remains classified by the Pentagon and continues to fuel the UFO theory.

But the U.S. military is not the only institution seriously studying UFOs and aliens.  Surprisingly, the Vatican shares the same interest, and has had an observatory studying the possibility of extraterrestrial intelligence since the 19th century.

Vatican observatory in Rome and Arizona

This group operates the Vatican Advanced Technology Telescope (VATT) located at the Mount Graham International Observatory (MGIO) in southeastern Arizona, and since 1993 it has been researching astrobiology—or the study of life in space. 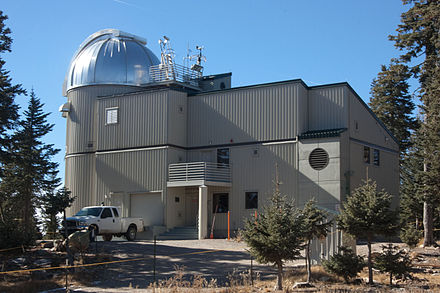 The main telescope of the Vatican Observatory, the Vatican Advanced Technology Telescope (VATT), on Mount Graham in Arizona. Source: Wikipedia

According to a NASA newsletter, in November 2009 the Vatican hosted its first international conference on astrobiology, and attendant philosophical implications of finding alien life.

At the conference, Fr. Jose Funes S.J., director of the Vatican Observatory, stated that “the questions of life’s origins and of whether life exists elsewhere in the universe are very interesting and deserve serious consideration”, as this will have theological implications for the Holy See.

Professor Chris Impey from the University of Arizona and the Steward Observatory also reflected on the implications of an encounter with an intelligent life form, noting “if biology is not unique to the earth, or if life elsewhere differs bio-chemically from our version, or if we ever make contact with an intelligent species in the vastness of space, the implications for our self-image will be profound.”

Interestingly, a year following the conference, in an interview with The Guardian, the Pope’s astronomer Guy Consolmagno said he would baptize an alien if so requested. He argued that the traditional definition of a soul was to have intelligence, free will, freedom to love and freedom to make decisions, and so if “Any entity – no matter how many tentacles it has – has a soul” it can be baptized.

Consolmagno later expounded on this notion in the 2014 book Would You Baptize an Extraterrestrial? and in May of the same year, Pope Francis announced he would baptize an alien if they asked him to.

Could we Baptise an Alien?

At the Vatican Space Observatory, Brother Guy Consolmagno of the Society of Jesus discusses our place in the Universe as well as that of the Church… and perhaps, even Aliens…

And while the U.S. military views aliens as potential threats to U.S. space and air dominance and national security, the Vatican seems to have a more sanguine view of them as potential allies or possible celestial saviors. In light of the recent release of UFO videos, Pentagon’s announcement of the new Space Force and UFO task force, and the Vatican’s interest in aliens becoming more mainstream as reported by various western media, one begins to ponder if they are trying to prepare humanity for real close encounters of the third kind.