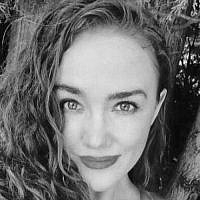 The Blogs
Natalie Katerina Hilder
Apply for a Blog
Advertisement
Please note that the posts on The Blogs are contributed by third parties. The opinions, facts and any media content in them are presented solely by the authors, and neither The Times of Israel nor its partners assume any responsibility for them. Please contact us in case of abuse. In case of abuse,
Report this post. 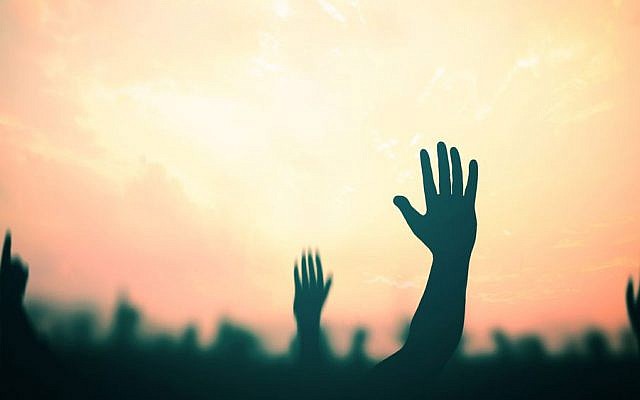 In 2002, Daniel Kahneman, an Israeli-American psychologist, won the Nobel Prize for economics when his empirical results challenged the status quo notion that people make economic decisions based on logic. Instead, the research showed that human biases, presuppositions, and cognitive illusions are often the primary factor in the decision-making process, invariably leading to errors. In light of this fact, the irony of the emergence of the modern BDS movement a few short years later is not lost.

Concerned citizens have often critiqued despotic nations for their human rights abuses in an effort to hold them accountable for their crimes—as they should. The BDS movement says it is doing just that, but do the facts support their claim?

One of BDS’s claims to moral legitimacy is their assertion to have styled themselves after Nelson Mandela’s resistance against tyranny in apartheid South Africa. Their argument is that like South Africa, Israel is the aggressor force that has essentially ghettoized a portion of their population that they deem to be undesirable. Nothing could be farther from the truth.

Not all boycotts are created equal. While some rightfully address genuine human rights abuses with the intention of righting those wrongs (such as those directed against apartheid South Africa), other boycotts have been used as a political tool to disempower certain groups—with the ultimate goal of bringing about their destruction (such as those tactics employed by Nazi Germany). BDS epitomizes the latter.

The inappropriate example of the racist policies of apartheid South Africa have often been used by those with an anti-Israel bias to wrongly exemplify the Israeli-Palestinian conflict to potential followers. An equally misguided illustration is the claim that the segregated America of the 1900s is comparable to Israel today. To be clear, it equates a country that provides equal rights and economic opportunities for both Arabs and Jews as well as members of other groups—that includes people from different ethnicities and religious persuasions at every level of its society—with countries that once enslaved a segment of their population on the basis of their skin colour while later denying them the vote as well as other basic human rights, like the ability to attend places of higher learning, the right to choose their seat on the bus and to use public restrooms, while failing to adequately protect these individuals from hate crimes regularly committed against them. To equate the two is preposterous. These erroneous equivalences do not display a commitment to furthering human rights on the part of BDS; instead they prove its inherent anti-Semitic prejudice. If apartheid exists in the Middle East, then it is in the various Arab states (including Gaza) that do not tolerate having Jews within their territory. 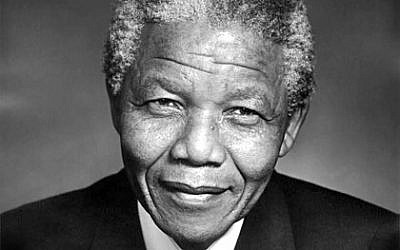 In 1993 Nelson Mandela publicly said that the ANC (African National Congress—the governing political party of South Africa) supports “the legitimacy of Zionism as a Jewish nationalism.” A supporter of a two-state solution in the region, in 1999 Mandela called upon Arab leaders to “make an unequivocal statement that they recognize the existence of Israel with secure borders.” Likewise, Martin Luther King Jr., a month before his murder in 1968, offered his public support of Israel post Six-Day War saying, “We must stand with all of our might to protect its right to exist; its territorial integrity. I see Israel, and never mind saying it, as one of the great outposts of democracy in the world, and a marvellous example of what can be done, how desert land almost can be transformed into an oasis of brotherhood and democracy. Peace for Israel means security and that security must be a reality.” 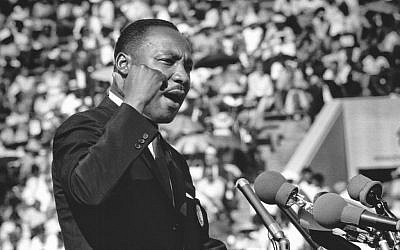 The statements of sincere human rights pioneers like Nelson Mandela and Dr. King fundamentally clash with the views of the founders of BDS, who are calling for a single Palestinian State (to replace Israel). This reality has not dissuaded them from continuing on their present course, however, because they are brazenly hijacking South African history for their cause—twisting it to perpetuate an analogously incorrect narrative. Though easily proven wrong through some basic research, this false comparison has become widespread and has contributed to the further increase of misinformation on this issue, perhaps even causing some well-meaning human rights advocates to align themselves with a cause they may not fully understand.

While the first BDS campaign was organized by over 170 Palestinian non-governmental organizations in 2005, it is actually not a new idea. In 1945 (prior to the creation of modern day Israel), the Arab League stated that one of their primary founding objectives was to “frustrate further Jewish development in Palestine by means of boycott against Zionist products.” This was in spite of the fact that a Jewish presence has always been maintained in their indigenous land of Israel—as well as there being a Jewish majority according to British records in the 19th century. In spite of this obvious legitimacy, numerous efforts to annihilate Jewish life in the region continue to rage. One need look no further than Omar Barghoutti—the co-founder of BDS—who publicly proclaims that the name of “Palestine” should be legally declared “from the river to the sea.” In case there is any confusion on what that statement means, “from the river to the sea” is a call for genocide against the Jews—and if a Palestine with those borders were ever to be created, genocide against the Jews is what would occur. 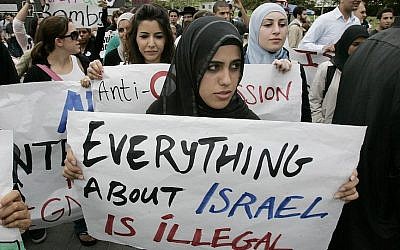 Since making comparisons seems to be in vogue, a more precise parallel would be that of Nazi Germany and the BDS movement. Hitler began his abuse of the Jews through an economic boycott. Hitler’s boycott and divestment campaign against Jewish-owned businesses was galvanized through racist rhetoric perpetuated by Nazi hate literature. The purpose of this deliberate spread of misinformation was to disempower Jews, taking away their ability to defend themselves later on when Hitler’s Final Solution was enacted. Hitler’s relationship with the Grand Mufti of Jerusalem in the 1930s is well documented, as the two collaborated to commit violence against Jews in their respective locations. Not dissimilarly, the BDS movement is clear about its goals to one day annihilate the Jewish State as we know it.

If the BDS movement were truly dedicated to upholding human rights, then why does it not focus on real human rights abusers like Saudi Arabia and China, who regularly and arbitrarily torture, imprison, and kill their citizens for not complying with government ideology. Furthermore, why does the BDS movement continue to benefit from using advanced Israeli technology like the smart phone and the USB flash drive, as well as many more Israeli advances in agriculture, technology, and life-saving medicine? Despite their so-called ideals, supporters of the BDS movement do not take them to their logical conclusion. No, they don’t mind using Israel’s innovations if they find them to be beneficial; rather the BDS movements’ efforts are to hurt the Israeli economy—not to inconvenience itself. Its true mandate is to further a deeply entrenched political agenda of hate through intimidation and isolation.

BDS is not about furthering human rights; rather, its goal is to cripple Israel financially while alienating it from its allies in order to bring about the eventual total destruction of the Jewish nation.

About the Author
Natalie Katerina Hilder has her BA in International Political Studies. She is an Editor-at-large for the J’accuse Coalition for Justice and has written for publications like The Georgetown Journal of International Affairs and The Jerusalem Post.
Related Topics
Related Posts
Comments