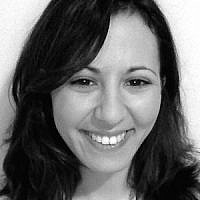 The Blogs
Suzanne Sulika Rothman
Apply for a Blog
Advertisement
Please note that the posts on The Blogs are contributed by third parties. The opinions, facts and any media content in them are presented solely by the authors, and neither The Times of Israel nor its partners assume any responsibility for them. Please contact us in case of abuse. In case of abuse,
Report this post.

In his elections postmortem analysis, Avi Issacharoff argues that Benjamin Netanyahu’s ability to sway the Mizrahi vote in his favor explains his sweeping victory in the latest elections. Since they are a large group, Mizrahi Jews certainly have significant electoral power. While correct in asserting that that Bibi is able to appeal to the average Mizrahi voter, Issacharoff’s analysis of why that is the case is lacking.

Issacharoff’s explanation is predicated on a broad generalization that Mizrahi Jews are Arab-hating xenophobes: “Why did they vote Bibi? Likely it was because fear of “them,” of the others, the Arabs, made them stream to the polls and vote en bloc for Netanyahu.”

Although the conflict with the Palestinians is a priority for Mizrahi voters (as it is for Israelis of all ethnicities), it is far from being the sole or even primary reason they vote right. Instead, it is the history of left-Mizrahi relations that explains the right’s hold on this demographic. From the time Jews began to immigrate to Israel from Morocco, Yemen, Iraq, Libya and the rest of the Middle East they faced discrimination, neglect, and humiliation. They were spayed with DDT and sent to work in the fields or got low-level factory jobs because those were the only job the Ashkenazi dominated government believed Mizrahis suitable for. They were forced to live in developing town and denied education, and were therefore condemned to a life of poverty.

Who designed and implemented these policies? At the time the left-wing Labor party ruled Israel, and was therefore the Mizrahis’ oppressor. Under Golda Meir these policies even turned violent when her government brutally suppressed the Black Panthers’ protests in the late 1960s. Mizrahi activists were arrested and even shot by police snipers.

Rightist leaders, on the other hand, began to cultivate Mizrahi trust in the early 1960s. In July of 1959 in Wadi Salib where “the residents […] were largely unemployed and the neighborhood suffered from poverty, neglect and crime, a victim of the Ashkenazi establishment’s discrimination against the Mizrahi Jews […] whom they viewed as their inferiors” initiated a period of protests that swept across the young nation. Menacham Begin, then the head of Herut (a right-wing party), made an unprecedented gesture of solidarity towards the Mizrachi community by visiting the protestors at Wadi Salib, thus winning their hearts and minds.

When he ran for Prime Minister as the head of Likud in 1977, Mizrahis voted almost exclusively for Begin. Mizrahis grew tired or the Labor leadership that caused their plight and instead elected a man who showed them sympathy. Back in the 70s it was not merely Begin’s platform that brought in the Mizrahi vote, but also the image he cultivated as a Mizrahi supporter and a leader who, unlike his leftist counterparts, would treat the community with respect.

It is the same sentiment that continues to induce Mizrahis to vote Likud. Building on Begin’s example, Netanyahu fashioned himself a man of the people and a friend of Mizrahi Jews. In reality, the Likud has done little if anything to improve the lives of Mizrahis. That is certainly the case if wage gaps are any indication, since a 2014 report showed that on average Ashkenazis make 42% more than Mizrahis. Despite that, the prevalent perception among Mizrahis is that Bibi respects them and that in Likud they are welcome, equal participants.

Even today the left has nothing to alter that perception. To the contrary, its leaders have allowed the same image to prevail in the latest elections. The best example of that is Yair Garbuz’s speech at the Zionist Union rally, in which he lampooned “amulet kissers, idol-worshippers and people who prostrate themselves at the graves of saints” (a clear reference to Mizrahis). Although party leaders Herzog and Livni distanced themselves from Garbuz, the damage was done. Meanwhile, the Likud’s Ofir Akunis denounced the remark stating it showed the left’s “true [i.e. racist] colors” thus giving credence to the perception that the right is an ally to Mizrahis while the left rejects them. Weary of the left, Mizrahi voters clearly agreed with Akunis.

Issacharoff does note that “feelings of deprivation” have something to do with Mizrahi voting patterns. However, he ultimately concludes that fear of the Arabs that influenced the bloc’s political decision making, while completely ignoring the role of the left’s historic injustices against this community. Disregarding the right’s consistent overtures towards Mizrahis, parallel to left’s attempts to sweep its wrongdoing under the rug, leaves Issacharaoff’s argument wanting.

What truly underscores the faultiness of his analysis is the conclusion that if the left wants to return to power, it needs a leader with a “knife between his teeth.” Not only is the choice of the word knife, which is racially charged in the context of Mizrahis in Israel, extremely poor but it also demonstrates just how little the left gets about Mizrahis. Mizrahis are not avoiding the left for its lack of strongmen but because they still remember and live with the consequences of what this establishment did to them in the fifties and until it lost power. The left has neither addressed these grievances, nor has it bothered to cultivate a positive image among Mizrahis. The history of acrimonious relations with the left vis-à-vis one of solidarity from the right explains why Mizrahis are loyal to the right and how Bibi won the elections.

The left can forget about searching for a Mizrahi strongman and instead focus on changing the institution to one that is more inclusive and ready to acknowledge its difficult history of intra-Jewish discrimination. Until the left makes some real changes, Mizrahis will continue to turn to their pals in the right.

About the Author
Suzanne is a former Fulbright Scholar in Baku, Azerbaijan. She earned a BA in Islamic and Middle Eastern Studies from Brandeis University and has worked and studied in Israel, Morocco, and Bahrain in addition to Azerbaijan. The views in this blog are her own and do not reflect the views of any current or previous employers.
Related Topics
Related Posts
Comments