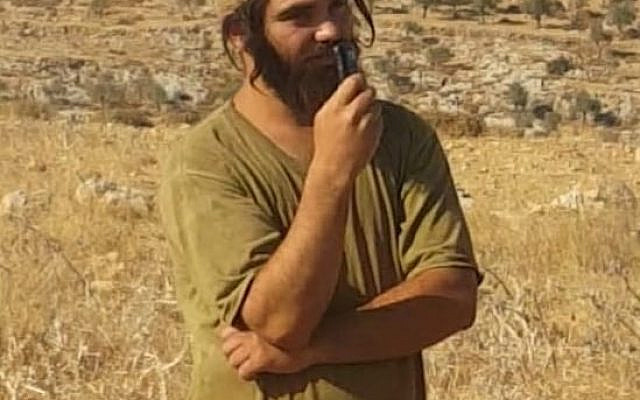 “Why do they treat us this way,” a Palestinian shepherd asked me this week.  He looked out over the vast open areas, and described how settlers make a point of coming into their privately owned grazing areas, “Isn’t their enough room for all of us?  We aren’t looking for trouble.” He also acknowledged, as I am often told, that not all Palestinians are saints, but that doesn’t make all of them enemies, “There are good Palestinians and bad Palestinians, just as there are good Jews and bad Jews.”

Another shepherd told me that the day before a settler hit him in the face, pulled up the stake tethering his donkey and ordered him, “get out of here.”  I was dismayed to hear that settlers and their flocks had been harassing the shepherds of Dir Jarir for some 60 days. Although we had helped put a stop to a similar situation last year, they had declined to call us until now.  Settlers and the army often threaten Palestinians that matters will be worse for them If they are in touch with us.  The Palestinians didn’t want trouble. Finally, the situation had become unbearable.

This was not the first time I have been asked to explain the behavior of settlers or soldiers, although the fact is that Palestinians know the answer.  My response is usually the same, “They want to drive you out. You are willing to make do with a portion of the land. They want it all.”

This week’s Torah portion offers an additional insight. After being told to be thankful for our blessings after having entered The Land, and instructed how to bring our first fruits to the Cohanim (priests) in a ceremony incorporated into the holiday of Shavuot, we are given a list of actions that will curse us, and told what the reward or punishment will be for our actions.

Ibn Ezra and many additional commentators argue that the common denominator of these cursed actions are that they are actions which take place in secret. “These eleven transgressions are specifically mentioned, because they are sins that can be committed in private. Note the qualifier, and sets it up in secret — since s/he would be liable for the death penalty if s/he had done it in public (Deuteronomy 27:24). Note also, “he who injures his neighbor in secret” (2: 24). Scripture starts with the basis of everything, the relationship with one’s Maker, and afterwards with one’s parents. For who would know, if someone insulted his parents? “(Ibn Ezra to 27: 15—26).

What happened this week plays itself out all the time. Injustice takes root in secret, far from the public eye.  We are taught, “Cursed is the one who trespasses/moves the landmark of “re’ehu,” the one who is essentially like him/her” (27:17). Many commentators see this as moving a landmark, but in modern Hebrew “hasagat gvul” also means to cross a line and enter another’s territory.  “Re’ehu” is usually translated as “neighbor,” but I believe that the true meaning is much more profound and universal.

Settlers and soldiers threaten Palestinians not to be in touch with us because they can get away with trespassing when their actions are secret.

Regarding “Cursed is the one who subverts the rights of the non-Jew, the orphan and the widow” (27:19), Ibn Ezra writes, “For they have no power (oz).  In some versions: ozer – nobody to help them.). Therefore, what happens to them takes place in secret. The text specifies the ger, and also the orphan and the widow, because if the judge subverts the legal proceedings of others they will appeal his/her decision and make the matter known.  However, the ger, the orphan and the widow have no power.”  Not only is Ibn Ezra clear that the “ger” is the non-Jew living among us, but verse 28:43 makes little sense if this curse is referring to the convert to Judaism, “The ger living among you will rise above you higher and higher,, while you sink lower and lower.”

Many are furious at the idea that we film and document what takes place, because they do not want the subversion of rights to be known.  And, who among us wishes to know that our fellow Jews, and the “most moral army in the world,” would act in this way? As Ibn Ezra makes clear, who will take the word of a Palestinian, or even a human rights activist, over the word of a soldier or settler?

We are taught in Pirke Avot 2:1 “Reflect on three things, and you will not sin. Know that above you is a Seeing Eye and a Hearing Ear, and that all your deeds are being written in a book.”  With us present for the past two days, we only saw the trespassers from afar. They chose to go elsewhere. The shepherds were convinced it was because they saw my car. Those who were denying or ignoring God’s Seeing Eye and Hearing Ear, or had even deluded themselves into thinking that their sinful actions were just, behaved differently when they knew that at least a human eye was watching, and that the powerless were not alone.

In this month of Elul, our season of introspection leading up to the High Holy Days, may we all examine our deeds as they are seen by the All Seeing Eye, and the All Hearing Ear.  May we, with all of our human limitations, do our best to ensure that no human being faces injustice in secret, and alone. May we be blessed in The Land, because we are a blessing.