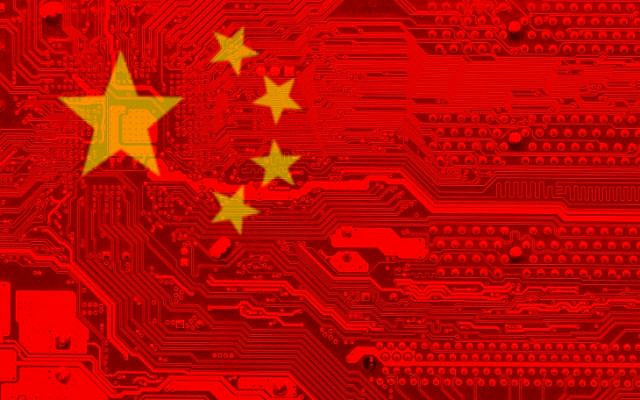 About a month ago, I was approached to write a story about China and how Israeli entrepreneurs can get on a good footing doing business there. It was soon after the holidays and I have previously written similar stories focussed on Japan and Nigeria so I thought this would be a fun project to kick off the new year.

I spoke to around four people: one lawyer, one Israeli entrepreneur based in China, one local government minister, and the head of an organization helping bridge the gap between these two nations. In total, I spent around six hours on the phone with people who either spoke off the record or with anonymity due to fears of the Chinese Communist Party (CCP) and the personal risk they faced by saying things that might embarrass or criticize the government. As my meetings progressed, the overall feeling of unease and caution intensified.

“You need to take care of me a little bit – I have a family here,” I was told by one source based in Beijing. He was a business owner who moved there and I had the chance to speak about his experience. “Just keep me safe. It’s very important. I don’t want someone knocking on my door tomorrow.”

I agreed, of course, and we spoke for another hour about China’s hopes and successes in the world: in space, in the Belt and Road Initiative, 5G, AI, and computer science. Importantly, we spoke about how China’s interest in Israeli tech has increased in recent years and how Israelis should learn to play by China’s book if it hopes to thrive in business there.

One question kept burning in my head: why would they want to?

China has a population of 1.4 billion. That’s a lot of people to buy your product or service. But it is a country run by a government currently committing genocide against more than 1 million Uyghurs. It is a country that lied to the WHO about its COVID-19 data in the pandemic’s early days, and it tried to pressure the organization to outright drop an investigation into its origins.

It is a government that is determined to see its ideology spread across the world. It silences otherwise vocal companies about human rights abuses; it makes Hollywood actors cower in fear as they promote their movies only for them to be censored before they are released. It influences American media, culture, and technology. It is determined to be the leader in the new world order and currently has its eyes on Taiwan after feeling emboldened by Vladimir Putin’s actions in Ukraine.

I was unsettled talking to my sources about how seemingly wonderful working with China would be, while at the same time I was firmly being told that if I quoted them with anything other than praise something bad or fatal would happen. The more I spoke to people across a variety of industries, the more I realized I would be forced to write nothing more than a fluff piece about China – the perfect piece of positive PR paid for in fear and threat of reckoning.

I thought about my predicament for a few weeks. In that time, China hosted the Winter Olympics. There, I was exposed to an American ‘diplomatic boycott’ of the event (whatever that is) and Congress urged its athletes not to speak their free minds and risk upsetting a ‘ruthless’ CCP. I saw NBC, whose parent company Comcast paid $1.3 billion to be the sole broadcaster of the occasion, completely silent on the slightest of criticisms as #GenocideOlympics started to trend online. Everyone – from news anchors to superheroes in the hands of Disney – refuses to acknowledge the country and its human rights abuses. All for a chance to be allowed to play by their rules and make a quick buck.

I decided I did not want to be part of the game that everyone appeared to be playing, carefully walking on eggshells and tying their tongues.

A few days later I emailed the participants I had spoken to and informed them that the story would not be going ahead as planned. I told them I was too busy filming a new video series for CTech (which was half true, you can watch it here) and that I couldn’t give them the story they wanted me to write (which was completely true). The next day I received a vicious phone call from one of the female participants spitting down the phone calling me unprofessional, inconsiderate, and attempting to apply pressure on me to finish the story.

It felt similar to the same pressures the CCP applies to get its citizens and foreigners to toe the line. I wonder if she noticed the parallels.

The fact is that it didn’t work on me.

Perhaps in the future I will return in some capacity to the story I started. I am genuinely interested in China, and I enjoy stories that explore how Israeli culture and tech can be exported to different regions and markets around the world. I do hope that story is one day written by someone. However, I cannot today be forced into writing a story with an agenda to suit the desires of a country that is run by a party committing genocide and attempting to stifle an investigation into the pandemic’s origins, among other pressing atrocities.

I’m aware that these writings on China may put somewhat of a bullseye on my own back. If in 30 years we are all speaking Mandarin then I will be the first to be penalized for my thoughtcrime. To speak up against China’s actions and hold my work to a reputable standard is a chance I am willing to take.