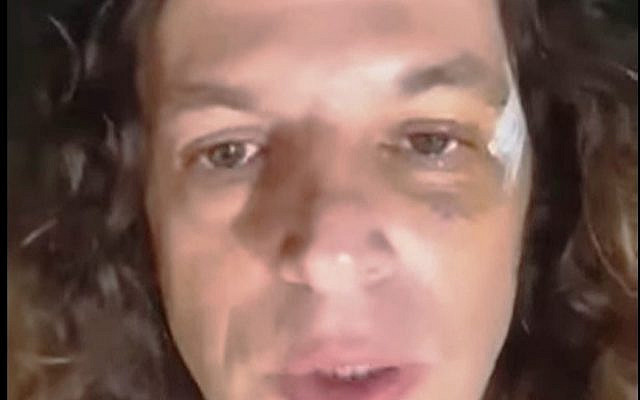 In 1948 my late father was a 17 year old lad who volunteered to serve in the newly created IDF. He wanted to lay hand in establishing a democratic state. He had no plans to commit war crimes along the way, but he ended up doing something quite close to that in Safed which used to be a predominantly Palestinian town. My father took part in actions that encouraged the Arabs of Safed to pack & go. We are not talking here about first degree war crimes, but even in real time dad was not in peace with himself for collaborating with ethnic cleansing. This is why he refused to become an officer turned down an offer to embark on a profitable military career.

Among the families my father helped to pack their stuff en route to Syria were Abbas and Hadid. Both families included children who would become famous in years to come: Mahmoud Abbas, 13 years old at the time, whom we know today as Abu Mazen – the eternal president of the Palestinian National Authority and baby (then) Mohamed Hadid who would become a real estate mogul in California, reality TV star, and father of famous models – Gigi, Bella, and Anwar.

Quite similarly to Abu Mazen, the Hadids tolerate Israel, but don’t really like us. Their disliking is constantly manifested in their media presence, which is full of content that is not applauding Zionism, to say the least. This is not a surprise in light of the fact that we revoked their citizenship and confiscated their property. Nonetheless, many of us refuse to accept that one cannot loot people and expect them to be grateful or supportive. Bar Refaeli, for instance, recently used her Instgram page to sting fellow model Bella for not being vocal enough in condemning Palestinian terror. While Bella – and the whole Hadid clan –never came close to supporting terror – their sympathy with the problems of those who sent them to forced exile is limited.

However, I do sympathize with Bella and her family who – against all odds – have overcome acute life crisis. In contrast with many Palestinians who – after almost 75 years – still reside in refugee camps, keep a rusty set of keys of the house they lost in the Nakba, and nurture an unrealistic dream to come back– the Hadids moved on and developed incredible careers. Mohamed graduated from MIT and is one of most prominent real-estate tycoons in Los Angeles. Daughters Gigi, Bella and son Anwar are ranked in the top tier of global modeling. Deceased grandfather Anwar was one of the most recognized voices of Arab radio. They do not demand reclamation of their property, or reinstatement of their citizenship – like almost any Jew of European origin tries to do these years. They just remain somewhat hostile toward the Zionist state.

One the things that annoy me in contemporary Zionism is the proneness to hypocrisy. We rush to condemn European nations for providing only partial compensation for Jewish property that was looted in World War II, while we are offering nothing to Palestinians whose property was confiscated by us in 1948. We even run crusades against the natural dissatisfaction of threes Palestinians and their heirs. In 2021, for instance, an ad published in New York Times (and paid by the Zionist rabbi Rabbi Shmuley Boteach) accused the Hadid sisters and singer Dua Lipa (Anwar Hadid’s girlfriend) of being antisemites only because they did not unequivocally support Israel in its war against Hamas. Most recently, a number of Israeli celebrities have condemned Svarovski jewelry for hiring Bella Hadid as their presenter and even threatened to boycott the company’s products. Yet, when some Arab countries were reluctant to screen Wonder Woman because Gal Gadot, who plays the leading role, had served as a soldier in the IDF, we consider this “antisemitism”. I call it double standard – in the best case scenario.