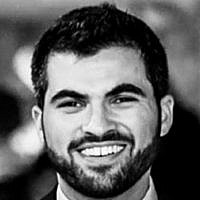 The Blogs
Gav Apfel
Apply for a Blog
Please note that the posts on The Blogs are contributed by third parties. The opinions, facts and any media content in them are presented solely by the authors, and neither The Times of Israel nor its partners assume any responsibility for them. Please contact us in case of abuse. In case of abuse,
Report this post.

It has been an uncomfortable month for corporate executives, leaders of academic institutions, and politicians. With the rise of antisemitism in the wake of the recent violence between Hamas and Israel, cries for statements of condemnation were echoed by Jews across the country. Issuing these declarations however, has proven a difficult task.

Amongst progressives it has become all but dogmatic that antizionism cannot be equated with antisemitism. Yet, one would be hard-pressed to find virtually any mention of the attacks on Jews which does not in the same breath provide the context of the Israeli-Palestinian conflict.

And amongst conservatives, denouncing perceived Jew hatred “on the left”  seems only relevant when it could potentially strengthen a political agenda in the Middle East. Antisemitism emboldened during our previous administration was curiously swept under the rug when Israel was not in the headlines.

Decrying anti Jewish bias in isolation is an impossibility. When the Chancellor of Rutgers University published a statement condemning the wave of hate against American Jews last week, why was he subsequently pressured to apologize for his lack of inclusivity?

Since when do we seek a contextual framework when other minorities experience bigotry? Are we just as motivated to explore the political background that may have inspired other acts of racism? It would be absurd to send a message criticizing anti-Asian bias while simultaneously mentioning that COVID-19 originated in Wuhan, China. Have we already forgotten the injustice American Muslims endured in the early 2000s when Islamophobic hate crimes were reported within the context of the September 11th terrorist attacks?

Hatred for hatred’s sake needs no explanation, and seeking to rationalize it is bigoted in and of itself. This applies to attacks on Jews irrespective of your opinon on the Israeli-Palestinian conflict

The truth is that the Jewish community and its minority status have become strange bedfellows. Jews have enjoyed considerable success over the past few decades in America; a far cry from their humble beginnings when first coming ashore in the early 20th century. In the eyes of the public, the once universally accepted distinction between them and the White majority has been blurred.

But it is irresponsible to not recognize that this brief period is a mere second in the timeline of our history; one of the few times that Jews have ever enjoyed equal rights as full members of society. From time immemorial, they have suffered pogroms, expulsions, genocide, and second-class citizenship far more than any other group.

Even now, despite accounting for only two percent of the United States population, Jews have been targeted at significantly higher rates than any other religious minority according to every Hate Crime Statistics Report released by the FBI during the past decade. In 2019 alone, Jews were three times more likely to experience hate crimes in America than any other ethnic group.

Antisemitism is as old as the Jewish religion itself. As uncomfortable as it is to acknowledge, it continues to insidiously pervade society; despite the relative comfort Jews may currently experience, it will not suddenly disappear. It is high time our leaders condemn the past months’ attacks for what they truly were.

About the Author
Gav is a resident physician in New York and uncle to 10 nieces and nephews currently residing in Israel.
Related Topics
Related Posts
Comments