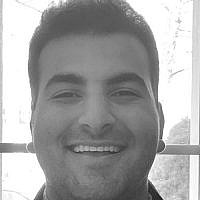 The Biden administration has re-engaged Iran by hosting indirect talks in Vienna regarding their nuclear ambitions. However, current U.S diplomacy will fail without incorporating Arab allies into the mix. The Biden team would be wise to scrap the JCPOA and start anew. Here’s a breakdown of Iran’s nuclear progressions and the response from regional actors, including a message of unity against the Islamic Republic.

Shortly after the talks in Vienna concluded, Iran accused Israel of causing a blackout at the Natanz nuclear facility. Iranian scientists have stated that the blackout setback their nuclear programs for roughly nine months and disabled thousands of centrifuges. Undoubtedly, Israeli animosity towards the Islamic Republic originates from the fact that Israel has felt the burden of constantly defending itself against Hamas, the weaponry they obtain from the Iranian’s, and Israel’s longstanding frustration with the progression of Iran’s nuclear capabilities. Israeli officials told the Biden Administration that they, along with some Arab and the Gulf States, wished to be directly involved in negotiations with Iran[1]. However, President Biden expressed his desire to revive the 2015 JCPOA deal.

Moreover, Saudi Arabian Ambassador Rayd Krimily echoed Israel’s sentiments further. Mr. Krimily told Reuters last week that future negotiations with Iran must address its missile programs and support for terror proxies in the region. The Saudi’s internal concerns for their security have increased since the Biden Administration stated they would no longer support the Saudi’s military efforts in Yemen and removed Iran-backed Houthi rebels from the terrorist designation list. Shortly after this, the insurgents have bolstered their attacks in Saudi Arabia and Yemen. Riyadh wishes to combat Iran’s proxies around its borders and their ongoing transportation of Precision Guided Missles (PGM’s) to proxies in the region. Such obstacles that Saudi Arabia and others in the Middle East have are shared challenges. The issue has become exacerbated by a deal that fails to restrain Tehran’s regional movement fully. With expiring sun-set clauses and loosely worded language, the current nuclear agreement enables Iran to operate as they please.

Likewise, the UAE has addressed similar concerns with the 2015 JCPOA deal. On Thursday, Yousef Al Otabia, the UAE envoy to the United States, urged the Biden team to fix the existing issues within the agreement[2]. Al Otabia highlighted that the current arraignment is too short and does not go far enough to limit Iran’s ballistic missile production. Yousef also urged the Biden team to transition from indirect talks into a vast diplomatic effort amongst regional allies. Last fall, the United Arab Emirates signaled a significant shift in their international outlook as they signed the Abraham Accords with Israel. It is hard to deny that the UAE views Iran as a threat to their security and long-term interests, hence why the Emirates allied with Israel to counter Iran’s propensity for malice. It would be within the best interest of the entire region if Washington capitalized off the Abraham Accords’ momentum and created a multilateral effort to combat Iran.

Nevertheless, despite the support from Arab states and Israel for such talks, the Biden team continued its negotiations in Vienna with the hope of bringing Tehran back into compliance. However, Iran has continued to enrich uranium at a dangerous rate. Since January, Tehran has produced 55kg of 20% enriched uranium, surpassing current Iranian nuclear laws passed in December 2020.[3] Even with renewed diplomacy from the United States, Iran refuses to waver in its quest to create centrifuges, enhance uranium, and support extremism in the region. Iranian President Hassan Rouhani has stated on numerous occasions that Iran’s missile program is off-limits, Arab allies cannot enter the JCPOA, and that they will continue with its’s nuclear activities. Therefore, it is time the United States asks itself a serious question: Why remain in the JCPOA?

As a result, the Biden team would be wise to relinquish the JCPOA and transition from indirect talks to broader diplomatic efforts from our allies in the Middle East. After all, Iran’s regional destabilizing activities pose a more significant threat to them—not the European Union, who have been at the forefront of the talks. Given the initial framework of the JCPOA, it may not be easy to directly involve Saudi, Israel, and the UAE in the deals. Hence, a new deal must foster regional cooperation against the Iranian regime. The current structure of the agreement only emboldens Iran to continue its activities, knowing there is no mechanism for accountability from its neighbors. Properly addressing our allies’ concerns via diplomatic efforts could pay off if the Biden team wishes to abate Tehran’s regional influence and eradicate their nuclear ambitions. The concerns regarding the Islamic Republic are legitimate, ever-growing, and a shared challenge for the region. If the United States fails to address Iran’s actions on a multilateral level, the Middle East will suffer conflicts that may have deadly repercussions.

About the Author
My name is Abdelhalim Abdelrahman. I am a Palestinian American who was born and raised in Taylor, Michigan in the United States. In 2019, I graduated from Michigan State University with a dual degree in International Relations and Political Theory of Constitutional Democracy. Currently, I am Research Intern at the Israeli-Palestinian Center for Regional Intiatives.
Related Topics
Related Posts
Comments