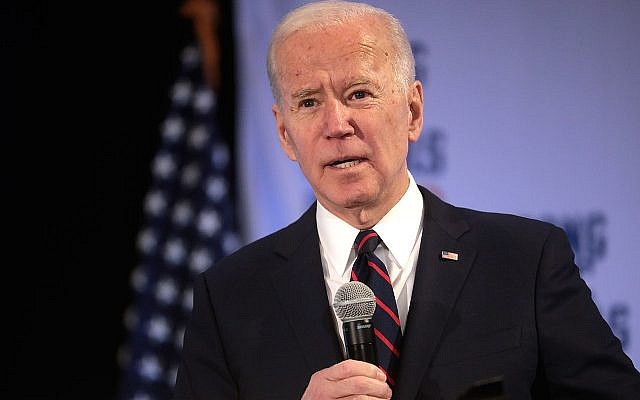 Without making any unnecessary and potentially inappropriate analogies, let’s first agree on one thing: There are times in history when supporting a particular party or leader is not moral. Considering where this blog appears, I trust that most if not all my readers will agree.

Assuming that we agree on that, the next question is this: Are Donald Trump’s character and Joe Biden’s character different enough that one could say that the 2020 election in the United States is one of those times in history?

The answer is a resounding yes. Not only has Trump’s behavior been so contemptible that one should not seriously consider voting for him, but Biden’s character is such a significant improvement over Trump that there is no possible moral justification for voting for anyone other than Biden. Voting for a third party or not voting at all would be almost as morally bankrupt as voting for Trump because if Biden does not win, the only possible winner is Trump. Not voting for Biden constitutes tacit approval that it’s okay for Trump to be re-elected.

The list of Trump’s anti-democratic, divisive, damaging, and dishonest actions is long and well documented, so I won’t include it here. If one does not see it, the only possible explanation is that either one lives under a rock, or more likely, one is determined to not see it. Therefore, my post is not addressed to those people. They are a lost cause.

James Mattis who was Trump’s Secretary of Defense for two years summarized the moral issue facing America when he said, “Donald Trump is the first president in my lifetime who does not try to unite the American people—does not even pretend to try. Instead he tries to divide us. We are witnessing the consequences of three years of this deliberate effort. We are witnessing the consequences of three years without mature leadership. We can unite without him, drawing on the strengths inherent in our civil society. This will not be easy, as the past few days have shown, but we owe it to our fellow citizens; to past generations that bled to defend our promise; and to our children.”

The election of Joe Biden will not magically solve all problems, as he readily admits himself, but it is a necessary starting point for solving any problems at all. As long as a self-centered, self-consumed, and self-important man occupies the White House, no progress can be made. America has serious problems, including racism that was inherited from a past of slavery, and including some problems that it shares with the rest of the world, such as climate change. America needs reforms, and the world badly needs moral leadership.

Once Trump is defeated, progress is at least possible, and there are plenty of indications that Biden will at least try to solve some of the problems, and he will bring in a diverse group of people who have shown good character, good judgement, and the skills necessary to do the arduous work of change.

This election is not one of those times when the differences between the candidates are subtle and nuanced, when one must carefully weigh the pros and cons of each candidate. It is a time when the choice is clear, not only on political grounds but also on moral grounds. So please register and show up to vote for Biden. Future generations will thank you.