The Blogs
Michael Harvey
Rabbi | Advocate | Educator
Apply for a Blog
Advertisement
Please note that the posts on The Blogs are contributed by third parties. The opinions, facts and any media content in them are presented solely by the authors, and neither The Times of Israel nor its partners assume any responsibility for them. Please contact us in case of abuse. In case of abuse,
Report this post. 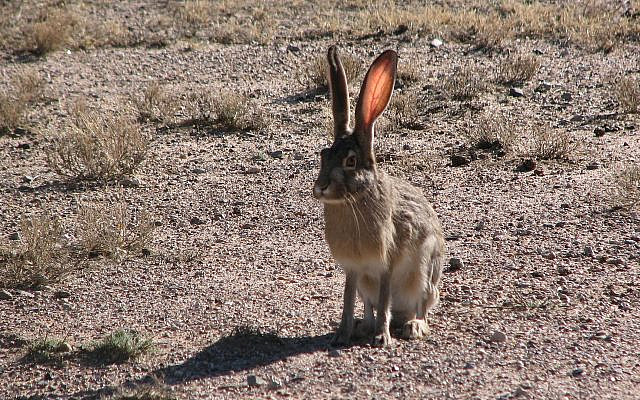 As a Reform Jew, the subject of kashrut, our dietary laws, comes up pretty frequently. It’s one of the first topics that come up during an intra-faith, interdenominational discussion. When it comes to adherence to kashrut, Reform Jews are, on occasion, accused by some of our Conservative and Orthodox counterparts of being lazy, of doing whatever we want, and disregarding the word of God. We, of course, know (or should know) that our decision to adhere or not adhere to kosher laws has nothing to do with “Judaism lite” and everything to do with “informed choice. We decide, from congregation to congregation or individual to individual, which, if any, of the dietary laws of the Torah are relevant to 21st century Judaism and society.

Deuteronomy 14 lays out concise and tailored retelling of the dietary laws. It contains restrictions on the types of animals eaten, and those permissible, in the categories of birds, insects, as well as sea and land creatures. Now, before we even get to the question of the “why” we should or should not keep kosher, let’s start with the issues of the “what.”

If you read the English list of animals from verses 14:3-18, you’d hear names of animals like gazelle, roebuck, buzzard, vulture, the little owl, the great owl, etc. But, the truth is most of these animal names appear so infrequently in the Torah that the identity of most of them is truly uncertain. The translators do their best to guess from the Hebrew, but even the use of older translations, later Hebrew, or even Aramaic, Akkadian, or Syriac are of little help. In other words, we don’t actually know some of the animals we’re allowed or not allowed to eat.

To further complicate matter, in chapter 14:7, we are told we are allowed to eat animals which have true hoofs cleft in two, and who “bring up the cud.” We then read:

“But the following, which do bring up the cud or have true hoofs which are cleft through, you may not eat: the camel, the hare, and the daman—for although they bring up the cud, they have no true hoofs—they are unclean for you.”

In case “bringing up the cud” is a new expression for you, allow me to clarify. It basically describes the act of bringing up what has been swallowed, softening the food, chewing it again, and sending it to the second stomach or second part of the stomach. We are told, by the Torah, by God’s word, that animals that bring up the cud but don’t have true hooves, such as the hare, and the daman (both small herbivorous mammals) are unclean for us.

Here’s the problem with this. Hares and damans don’t actually bring up and chew the cud. It just looks like they do because of how long they chew and how they move their jaws from side to side. In other words, the Torah got it wrong. I’ll leave it to those who believe the Torah to be divine and perfect to deal with this blatant error in mammal biology from a theological point of view, but to us, we can see that the authors of Deuteronomy did not have access to the scientific veterinary data we do today, to inform them that small herbivorous mammals don’t actually chew their cud, despite what it looks like to a lay-person.

Which brings me back to kashrut. Do I really want to follow ancient laws set out in a document that isn’t factually accurate? Do you? We’re not even sure what animals we’re talking about because the Hebrew is so rare, and some of the biology is just incorrect. Of course, there are other reasons to keep kashrut, regardless of the inconsistencies in the Torah. Which brings me to the “why.”

As you may know, Deuteronomy is not the first time the Israelites are commanded to have dietary restrictions. Indeed, one of the first commandments humanity is given in the garden of Eden is a restriction of food, that “man might eat the fruit of all the trees in the garden except the fruit of the Tree of Knowledge of good and bad, though it was ‘good for eating and a delight to the eyes.’” After the flood, Noah was given seven laws, which include the permission to eat the flesh of animals, but to not “eat flesh with its life-blood in it.”

The dietary laws in Leviticus 11, or in Exodus 22, as well as those we read in Deuteronomy, restrict the Israelites from eating certain animals, and refraining from those which God calls “impure,” or “abominable.”

And here’s where we get to the problem of the “why.” It’s just not there.

While there may be inferred reasons as to why Israelites are commanded to eat or not eat certain things, they are, just that, just inferences. Some scholars believe that the limitations on a person’s diet reflects a way of life, that just as we were not allowed to eat from the Tree of Knowledge, we are continually tested in discipline so as to not eat certain foods. It is God’s lesson to use that life contains permissive and prohibited acts. Others refer to Exodus 22:30 which states, “You shall be holy people to Me: you must not eat flesh torn by beasts in the field; you shall cast it to the dogs.” This seems to indicate that dietary restrictions are what make a people holy, and when combined with Leviticus 11, which states that Israel “Must make itself holy because God…is holy,” you get the idea that if God decides something is impure, and we eat it, we are impure, thus going against the commandment of remaining pure or holy. Some argue that establishing distinctions between holy and unholy, pure and impure, are a part of how God creates order in the world, creating “an orderly world out of chaos,” separating “humanity into different nations,” and separating “Israel from other peoples.”

Keep in mind, that all of this is conjecture, exegesis, midrash, and interpretation. None of it is made clear. And, allow me, if you will, to debunk the “why” idea that we have heard a great deal this century by quoting Dr. Jeffrey Tigay, editor of the JPS Commentary on Deuteronomy:

“The Torah devotes no attention to the question of why a particular animal or class of animals is pure or impure. The notion that the choice was made for hygienic reasons is groundless.”

The idea that some of these animals are healthier than others, or that the Torah writers had some futuristic understanding of bodily digestive health, simply has no evidence to back it up. As Tigay explains, the idea of hygiene in kashrut “originated with Jewish writers in the Middle Ages, some of whom were physicians and thought in medical terms,” but later writers asked why the Torah didn’t prohibit poisonous plants or explain more about why health is so important. The editors of the JPS Study Bible, agreeing with Tigay, state in their volume that we should “recognize that the classification system reflect the desire to imprint a human system of categorization upon nature and is based on a concern form systematic order rather than hygiene or health.”

So, why should we keep kosher? If you ask the literalist, the answer is a short one: “Because God said so.” While that answer is fine for them, and may work for you, on a personal level, it has not worked for many of us. And let me be clear. I grew up in a Conservative household. We kept kosher. We maintained two sets of dishes, flatware, and pots and pans. And, if you ask my wife, she will tell you that some of our earliest fights in marriage were about if we should keep kosher and, if so, how kosher. It is not an easy decision, nor should it be. Reform Jews are not Judaism lite. We are Judaism informed. If you know that the Torah is biologically inaccurate, that the list of what is and is not allowed is inferred but not for sure, then why keep kosher?

Does it bring you closer to God and to the Jewish people? Does it continue a tradition you’ve had in your family for centuries? Does it help you make decisions in line with your faith and values? If so, keeping kosher makes sense for you, and allows you to fall in step with a long line of Reform Jews (at various points in my life, myself included) who obeyed kashrut.

You would also be well entrenched in Reform world-views if you chose to see Jewish dietary laws through the word kashrut itself, which literally means “fitness.” We all have our own ways of keeping our bodies in check, whether it be eating certain things or not, providing restrictions on how much we can eat, going on diets, or refraining from guilty-pleasures. Some of us work out regularly, some of us don’t. Some of us exercise the mind, others the body. Ultimately, the “informed choice” of kashrut in Reform Judaism is individual because each one of us knows ourselves the best. We can decide what’s good for us, what makes us feel good, what makes us feel healthy, what makes us feel holy.

We should, therefore, think about what our kashrut, our fitness plan, should look like and why. What brings us closer to our people, closer to the God of Abraham and Isaac, Sarah and Rebecca? Is it full observance to kashrut? It is “kosher-style”? Is it nothing? Make the informed choice.