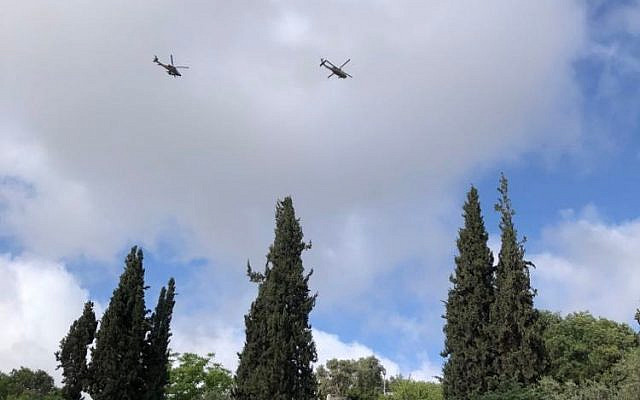 In the days when the judges ruled, there was a famine in the land; and a man of Bethlehem Yehuda, with his wife and two sons, went to reside in the country of Moav. The man’s name was Elimelech, his wife’s name was Naomi, and his two sons were named Machlon and Chilion—Ephrathites of Bethlehem Yehuda. They came to the country of Moav and remained there. Elimelech, Naomi’s husband, died; and she was left with her two sons. They married Moavite women, one named Orpah and the other Ruth, and they lived there about ten years. Then those two—Mahlon and Chilion—also died; so the woman was left without her two sons and without her husband.

Elimelech, Machlon and Chilion who left the Land of Israel to go to Moav where they died not long after, were the great men and caretakers of their generation. And why were they punished? Because they left the Land of Israel to go live outside of the Land even though they had grain available to them. As it says (Ruth 1:19) “So the two of them (Naomi and Ruth) went on until they came to Bethlehem. And when they came to Bethlehem, all of the city was astir at their arrival, and they said, Is that Naomi?”

Rabbi Yitzcahk explains: They said, “Have you seen Naomi who left the Land of Israel to go live outside the Land and what happened to her?”

How ironic- the people in Bethlehem survived the famine by staying in the Land of Israel while Naomi’s husband and sons who left to escape the famine died.

The Gemara in Bava Batra teaches:

The Rabbis taught: One may not leave the Land of Israel to go live outside of the Land unless food prices have risen so sharply that two seah of wheat cost a sela (double the normal price).

Rabbi Shimon said: One may not leave the Land of Israel to go live outside of the Land unless one can’t find wheat to purchase. But when one is able to find wheat, then even if wheat is so expensive that a seah costs a sela, one may not leave.

We see from here that if a person can afford to feed their family, they may not leave even if the food is expensive.

Some people complain about the high cost of living in Israel but when it comes to food, a lot of products are regulated and end up being less expensive than they would cost if an Israeli made “Yerida” and moved to New York. Some examples are basic bread and challah, eggs, milk and some types of cheese. As well, larger supermarkets often sell cucumbers, tomatoes and other doorbusters for very low prices in order to attract shoppers to their stores. Chicken as well is much less expensive than Kosher chicken abroad.

Sometimes the grass seems greener in the neighbor’s backyard until you go check it out and find out that it is Astroturf!

May we find a way to keep the cost of living down so that all Israelis who want to remain in Israel will financially be able to do so.