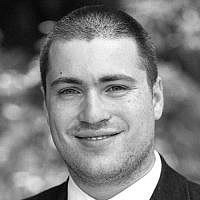 The Blogs
David Schiff
Apply for a Blog
Advertisement
Please note that the posts on The Blogs are contributed by third parties. The opinions, facts and any media content in them are presented solely by the authors, and neither The Times of Israel nor its partners assume any responsibility for them. Please contact us in case of abuse. In case of abuse,
Report this post.

Recent weeks have seen a spike in the online usage of the catchphrase “OK Boomer.” The phrase, characterized by the New York Times as “a rallying cry for millions of fed-up kids,” gained widespread notoriety earlier this month when it was used by a New Zealand lawmaker in response to a heckler who interrupted her speech on climate change. Since then, it has become the go-to device for expressing exasperation with those over the age of 40 who just don’t seem to get it.

But while mainstream youth culture has taken delight in explaining to anyone within earshot just what “OK Boomer” is trying to communicate about our parents’ generation (They’re racist! They don’t know how to rotate a PDF! They think 4G is a rapper!), very few have paused to consider what it says about us, the twenty and thirtysomethings.

Let’s put to one side the inherent irony in our ultra-sensitive, “woke” generation flippantly dismissing an entire group of people based on a demographic characteristic over which they have no control. Similarly, I’ll leave it for others to ponder the absurdity of blindly categorizing people by the year in which they were born. What should bother us more is that “OK Boomer” is emblematic of the increasingly polarized society in which we live. A society in which membership in Group A necessarily translates to contempt and disregard for Group B, in which nuance is thrown out the window, in which complex issues are distilled to a tweet. It’s so much easier to make a disparaging meme than to actually sit down and talk to someone, or to understand that the social and political context in which someone’s views were formed can be different from one’s own.

Just to be clear – I am in full agreement with most of my peers on most of today’s pressing issues. I believe that racism, sexism, and homophobia should be consigned to the dustbin of history where they belong, that climate change is real and demands action, and that more should be done to narrow the enormous gaps in resources faced by much of humanity. Neither do I absolve previous generations of the role they played in creating and perpetuating some of these problems (though I do acknowledge the convenience of hindsight). But if we are to seriously attempt to remedy any of these issues – and not just tweet about them – it will not be by making adversaries out of our parents and grandparents. It will be by working alongside them, and by addressing disagreements with actual conversations, not insults.

We millennials, with our social consciousness, diversity, and technological know-how have a lot to offer to the world, of that there is no doubt. But we would do well to remember that we are not the only ones. Soon, it will be our turn to occupy the positions and institutions of power in our society and to decide how we treat the marginalized and the different. And then “OK Boomer” won’t cut it.

About the Author
David Schiff is deputy editor at NGO Monitor. Opinions are his own.
Related Topics
Related Posts
Comments