Growing up in the Reform movement in South Florida, we all knew what the Temple was. There were lots of Temples: Temple Sinai, Temple Beth Am, Temple Emanuel, and others. I vaguely had heard there was a Temple in Jerusalem as well and just assumed it was a really big Reform Temple. I had no concept whatsoever what the Beit Hamikdash (the real Temple) was or had been. I had no connection to the ancient, holy Temple at all. I knew nothing about the high priest, the sacrifices, the Holy of Holies or even that the Romans had destroyed it in the year 70 CE. But I had heard of the Kotel. Everyone knew what the Kotel was! We were taught it was the “Wailing Wall,” but were never told why.

Now many years later, as a halachic Jew (halacha is Jewish law; a Jew that follows the Shulchan Aruch) living in Jerusalem since 1995, I think back and wonder why Reform Jews even care about the Kotel. They don’t have a connection to the ancient, holy Temple. The idea of animal sacrifices are an abomination for them. They think that any Jew who goes up to the Temple Mount is just antagonizing the Muslims currently occupying it. So, why do they care so much? Why care so much as to make this the issue that they press the Israeli government to act on, demanding that they pay 35 million shekels (almost $10 million) for an “egalitarian section” at the Kotel and why did the Israeli government agree?

It’s quite amazing to me that the Israeli government doesn’t have the money to build an underground barrier to prevent the Hamas terror tunnels from Gaza entering into Israel or to find a technological solution, like Iron Dome, to remove this threat, but they do have the money to pay for an egalitarian section at the Kotel! I want to hear the Israeli government tell the residents of the south not to worry. They might be murdered by terrorists but at least we’ll have an egalitarian section at the Kotel! How could that be? 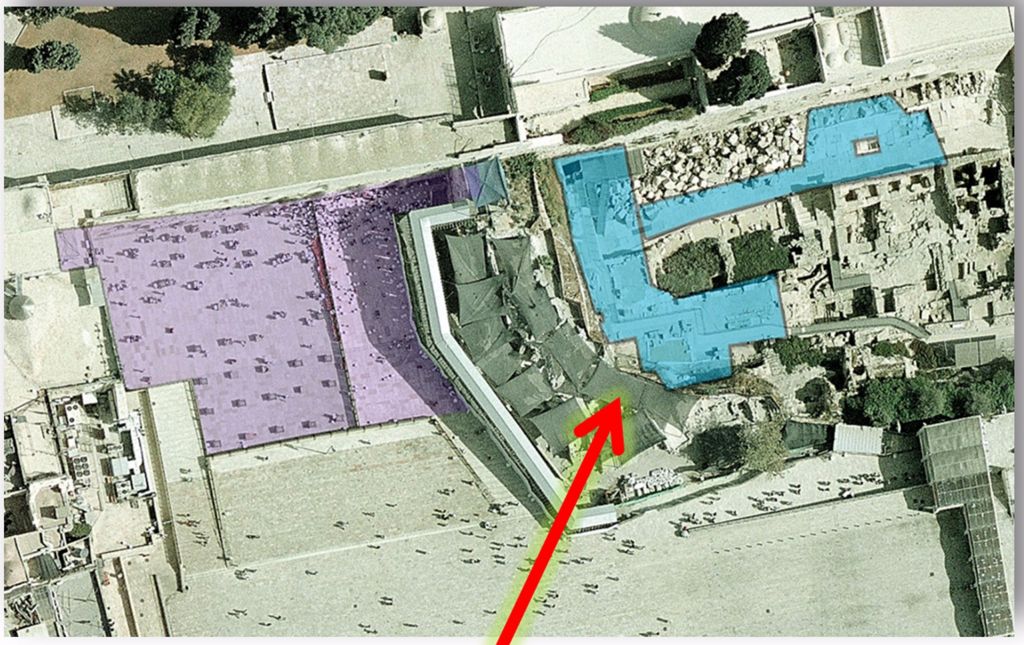 Do liberal Diaspora Jews pay Israeli taxes? Do they serve in the army? Do they “carry the burden” of living in Israel (as we call it here)? Are their donations to the State of Israel so significant as to justify this, and if so, why don’t they pay for it themselves? How about their political support in the US? Maybe that’s the reason for the government’s support? But if that were true then they would have supported Israel in our fight against the disastrous Iran deal. Instead they took a “principled stand” of not supporting or opposing the deal. Really? That’s a principled stand?! I really don’t understand why the Israeli government is supporting and paying for this when it doesn’t represent the interests of the citizens of the State of Israel or benefit them in any way.

The Women of the Wall have come to the Kotel women’s section and disturbed the peace for more than 20 years. Is that something to be rewarded? Hundreds of thousands of Israeli citizens protested the withdrawal of the IDF and expulsion of Jews from Gaza, but the government didn’t listen to its own citizens. Here, they are rewarding the demands of a group that has no respect for the State or its citizens?

For so called “liberal” and “progressive” Jews who claim to care so much about “tikkun olam” (fixing the world), it seems that they could care less about their fellow Israeli Jews. There are around 27,000 people that come every day to daven (pray) at the Kotel. A group of about 50 extremist fanatics come once a month to disturb the peace for purely political and fundraising reasons. If they really just wanted to daven, as they claim, they could without forcing everyone around them to be disturbed by their chutzpah. There are Reform temples in Jerusalem. There’s a reason why is it not enough for them to daven there.

The Reform movement takes what’s convenient for them from Judaism and drops the rest. How do they justify patrilineal descent? Here’s a quote:

Historically, since the Rabbinic period (post 70 CE), Jewish status was passed down by the mother. This is known as matrilineality. A child of a Jewish mother is Jewish, even if the father is not. Prior to this period, the Bible recognized patrilineal descent, whereby one’s Jewish status was determined by one’s father.

They know how to light a Chanukah menorah from the same rabbis they ignore when it comes to patrilineal descent. And, of course, they ignore the fact that the Temple had separate sections for men and women.The Reform movement banished halacha. There is absolutely no framework for being a Reform Jew. Do whatever you want and somehow tie it to something based on Orthodox Judaism and it’s considered Reform Judaism. It’s all about the symbols. This concept of tikkun olam can serve almost any purpose. “Let’s help non-Jews all over the world and in the US and that’s the greatest expression of Judaism.” For the Reform movement tikkun olam has become a form of idol worship.

Where is the support for the State of Israel? Does the Israeli government really think that, after approving the egalitarian section, the Reform movement will ask Obama to rescind the Iran deal or diminish their support for J Street? They’re dreaming. Unfortunately, the Israeli government serves our enemies by ignoring arguing our case to the world. And by approving this egalitarian section they’re saying “we’re so desperate we’ll even compromise on our own standards for a little imagined support from the Reform movement.”

So why do liberal Jews care so much about the Kotel, the retaining wall from the ancient, holy Temple? The Reform interpretation of Judaism is all about symbols. The Kotel, for halachic Jews symbolizes the rebuilding of the Beit Hamikdash. For the liberal movements, the egalitarian section is a symbol of their recognition by the State of Israel. Because without the State of Israel they have no chance of survival. The liberal movements have for decades told their followers that having a Jewish father makes your children Jewish. They put all of their eggs in this basket with the hope that if the Orthodox Jews would just accept patrilineal descent then there would be no more strife amongst Jews. But the halachic community will never accept it because it goes totally against halacha. However, if the State of Israel recognizes them then that’s the best they can ask for. So they fight against the halachic Jews of Israel and for acceptance of their non-halachic Jewish style religion.

By the government giving in to these demands it thinks it has come up with a great compromise. Neither side gets what they want. However, the egalitarian section is the real mechitza. The current mechitza separates men and women so they can concentrate on prayer. The egalitarian one separates the Jewish people.

About the Author
Barak Hullman studied for a PhD in Islamic History at the Hebrew University of Jerusalem (MA at Princeton). He made aliyah from South Florida in 1995. He lives in Jerusalem, Israel with his wife and their 7 children (all born in Jerusalem). Barak is the author of two books, Figure It Out When You Get There: A Memoir of Stories About Living Life First and Watching How Everything Else Falls Into Place and A Shtikel Sholom: A Student, His Mentor and Their Unconventional Conversations, available at bit.ly/barakhullman. He has two podcasts, Jewish People & Ideas: Conversations with Jewish Thought Leaders (guests have included Yossi Klein Halevi, Michael Oren, Natan Sharansky, Daniel Gordis and others) at jewishpeopleideas.com and The Chassidic Story Project at hasidicstory.com.   Learn more by going to barakhullman.com.
Related Topics
Related Posts
Comments
Advertisement