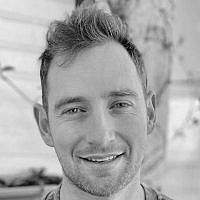 The Blogs
Gedalia Gillis
Apply for a Blog
Please note that the posts on The Blogs are contributed by third parties. The opinions, facts and any media content in them are presented solely by the authors, and neither The Times of Israel nor its partners assume any responsibility for them. Please contact us in case of abuse. In case of abuse,
Report this post. 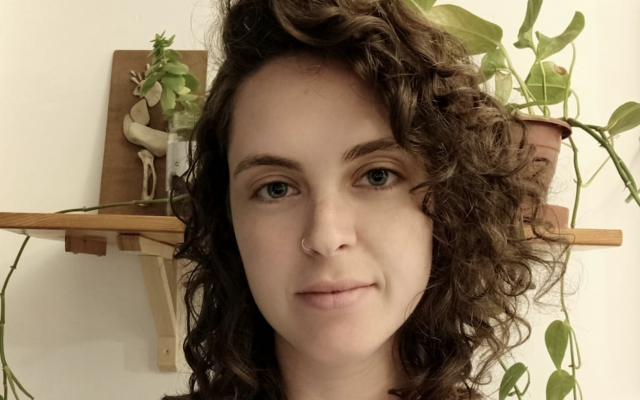 Although the war in Gaza was making international headlines, in Israel, the violence that erupted in mixed Jewish-Arab cities was a great concern.

Tom Mandel, a Tel-Aviv University student who lives in Lod, and witnessed the chaos. Tom agreed to share the experience and aftermath.

I have spent the last 4 years of my life living in Lod, but these past two weeks have been like no other. For the last two weeks, I have been receiving texts and phone calls from friends and acquaintances I haven’t spoken to in years. The reason for this sudden interest is one: the violence, some might say civil war, the city had endured during this short period of time.

Usually, when I tell people that I live in Lod, it tends to raise an eyebrow: Why would anyone want to live in Lod? Let alone a young woman. Why live in a city that is a complex low socio-economic periphery instead of spending my years as a student living in the vibrant, exciting Tel Aviv? But to me the answer is simple. I love it. I live in an amazing student community, wherein the neighboring buildings live people who have become my dear friends. On a regular basis, we sit together for a cup of coffee in the morning, debate religion or politics in the afternoon, and throw awesome parties at night. The way I see it, it’s the closest I can get to having my cake and eating it too.

In my daily life, living in a mixed Jewish-Arab city has never caused me any discomfort. Eventually, it felt like the city was able to contain its own complexity. I never felt any discomfort: not during the volunteer work we did in one of the Arab high schools, where we tried to learn some Arabic from the students and attempted, to the best of our ability, to help them with their Hebrew; Not when meeting the Arab residents of the city in the public library where we run a daily homework help center; Nor when I went out for a run in the city – these were all daily activities my friends and I engaged in.

But as I mentioned before, during the last two weeks the situation turned very complicated, very fast. The city experienced a few days of mass violence, the vast majority of which was done by Arab residents. To my relief, I haven’t encountered the violence firsthand, and my neighborhood remained peaceful. But during the riots, a night curfew was announced and there were a few days when entering and leaving the city was forbidden during specific hours. When it was allowed and we needed to leave the city for any reason, we didn’t take our regular route since it passed through some areas where fires were ignited by rioters and they would throw rocks at every passing Jewish car. I have friends and acquaintances who lived in neighborhoods that were attacked in great violence, some of the houses there were broken into and looted, and the residents were frightened to come back since the streets were still in chaos.

At the same time, I saw groups of Jews that came to help their brothers, but sadly, took it upon themselves to replace the absent and helpless police. On the one hand, this was necessary since it took the police way too long to understand the gravity of the riots and send in a sufficient number. On the other hand, I cannot imagine life in this country if civilians are the ones coming to restore order instead of the police, no matter how good their intentions are (and I do believe most of them had good intentions). This issue is even more disturbing if you are an Arab resident seeing citizens who came to help one sector in particular – the Jewish one.

So given the situation, on the morning of Shavuot eve, I went with some friends to support a small Arab-Jewish demonstration that was held in the city. There were some 40 people there, half Arab and half Jewish, standing for an hour and a half in the sun with signs that said one simple thing – “Stop the violence”. No one there argued which side is more violent or more just (despite the media and social media who tend to make the conversation focus mostly on the debate of which side is more to blame). This demonstration held the simple premise that the first thing that must happen here, is restoring peace and safety to the streets.

The thing is, that alongside little slivers of hope like this one, what most worries me these days aren’t the missiles launched at Israel or the violence in Lod and around the country. What troubled me most is the discourse with my friends, people whom I love and appreciate, that started talking in a disturbing manner I haven’t heard in a long time; Tagging the whole Arab population as violent, proclamations to boycott Arab owned stores out of spite, to “teach them a lesson”.

What troubles me is that many of them are friends that once aspired for co-existence with the Arabs in the country. I am disappointed that these past few weeks caused people to adopt the depressing “it’s us versus them” attitude to all Arabs, including Israeli citizens. This attitude inevitably makes the whole conversation around our life here in Israel less tolerant and more violent. Frankly, that thought is by far scarier to me than missiles.

Despite the wishes of some of the people in the city and in Israel, the scenario in which Jews and Arabs stop living here together simply doesn’t exist. Personally, I still believe wholeheartedly that “the moderate majority” is in fact moderate and is in fact the majority. The vast majority of Jews and Arabs want to live a good life and prosper in peace and personal safety. The sooner we realize this fact of life, the sooner our city will be able to go back to its normal self. If you think that I’m too optimistic or unrealistic, you are probably unaware that the real illusion is believing that we will be able to thrive as a Jewish-democratic state without co-existence. I wish myself and the rest of the residents of Lod that we reach that peaceful co-existence as soon as possible.

The Author, Tom Mandel is a third-year student at Tel Aviv University. She currently lives in Lod.

About the Author
Gedalia is currently finishing up an undergrad degree in PPE (a program combining philosophy, political science, economics, and law) while working at a Government-relations strategic consulting firm.
Related Topics
Related Posts
Comments