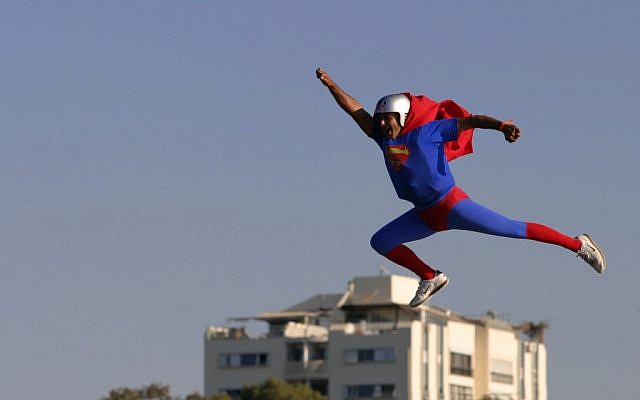 Just this afternoon, I was reading an article about a bionic limb that would provide sensation via a neural hook up to the owner’s body. Anyone who is my age remembers the TV series the bionic man. Steve Austin was a test pilot who was seriously injured in a test plane accident. Three of his limbs and one of his eyes are replaced with top-secret technology that cost a whopping $6 million [which sounds like something Dr. Evil would say]. The TV show was extremely popular, partly because it demonstrated how technology could transform a human being into a superhero. Of course, the concept of having to lose limbs in order to become super is not very appealing. But it became clear that we were entering an age when a regular human being, augmented with technology, could leap tall buildings.

I recently included a link in one of my blogs from a dance segment between two people, one of whom had lost her lower leg in the Boston marathon terrorist attack. The woman had been a dancer before and now, in front of a crying audience, she danced once again. It was a miracle. It was a miracle of silicon but it was no less a miracle.

I am sure that there is a sociology or anthropology or some other “ology” Masters student, who is presently writing a thesis on the public’s endless hunger for superhero movies and TV shows. One need only look at the list of comic superhero TV shows coming up in the new season. I think we are actually at the point where one could watch one superhero show a day. Thanks to tremendous advancements in graphics and computer animation, the quality of these shows and movies is indistinguishable from reality.

This is not the first time that comic book heroes were brought to life. Looking back, one appreciates that the technology simply did not exist, independent of the cost, to make a Superman show on a daily basis or even weekly basis, that compared to what we see today. It’s true that the TV show “Lois and Clark” was a great Superman show. And it had a nice collection of special effects. This particular show was a success, but it didn’t fuel the superhero madness that we are experiencing today.

I’m not saying anything revolutionary when I say that people need heroes. The world has always been a very difficult place to live in. We hear of horrors on a daily basis and we really do look to the sky, not necessarily for a divinity, but somehow for streak of blue and red to save us. I think that we are at the point, the perfect storm, of technology and that desperate need for heroes, such that silicon miracles will start making real changes.

In the movies, one of the most successful characters is Ironman. No doubt that part of the success of this character is due to the amazing acting of Robert Downey Jr. But Iron Man is ultimately about a regular human being, who makes Einstein look like a first grader, who encases himself in technology and fights the good fight. A video has been going around YouTube showing an Ironman looking glove that appears to be firing a laser that can actually burn wood. I can’t say that this is real technology, but I strongly suspect that some very serious people have already looked into this. It is just a matter of time until “super suits” exist that fully protect police officers and firemen from risk. A police officer will truly become bulletproof and the firemen will be able to walk into a blazing building and leap out with a survivor in hand. I have also no doubt that designers will be called upon to create a visual effect such that these super suits will truly make it look like a superhero coming to people’s aid.

As I’ve said so many times, one cannot predict anything about technology beyond a few years. It’s very possible that someone in a basement somewhere has already designed a fundamental component of such a super suit. Independent of this fact, I would be very surprised if this type of technology takes longer than a couple of decades to become standard.

How can I be so sure?

Because I believe in miracles.