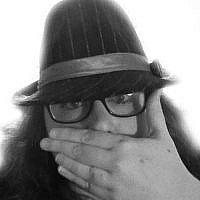 The Blogs
Amira Young
Apply for a Blog
Advertisement
Please note that the posts on The Blogs are contributed by third parties. The opinions, facts and any media content in them are presented solely by the authors, and neither The Times of Israel nor its partners assume any responsibility for them. Please contact us in case of abuse. In case of abuse,
Report this post.

Tisha B’Av is considered to be the saddest day in Judaism. On it, the destruction of both the Holy Temples is commemorated, as are other tragedies, specifically the Spanish Inquisition, where in 1492 my ancestors fled their home in Toledo.

For me personally, the saddest day of my life happens to be July 16 as well as the Hebrew day of Tisha B’Av. This year, they fall on the same day. Which is why this year, this secular Jew, who disowned most of her religious Jewish roots since fleeing her home and marriage, will be in mourning.

On July 16, 1999, I became a woman in Israel. I did not become a woman by losing my virginity, although my innocence was taken by a man. He was a cruel human being, a fellow Jew, who took advantage of four teenagers in order to save his business. He has probably forgotten our faces and names. But I will never forget his name, or how he took advantage of us for his own personal gain and sent me into exile. I left Israel that night and, to this day, have never returned.

From the age of 17 on, I have been punished again and again as I watch my friends go back and forth to Israel like it’s around the corner, and me never being able to go with them. Almost 13 years later, I would experience this same feeling of being exiled from my home once again, as I left a verbally, emotionally and financially abusive marriage, walking from my home to, once again, never return.

Yet somehow, in the face of difficult times, I prospered. I moved on and, although I grieved, it was as private as I possibly could make it. Then, two months after I left, by some strange miracle or misstep, I fell in love with one of my best guy friends. I was scared and foolish, an emotional mess of a human shell trying to figure out my world post divorce while having feelings for someone who was so close to me.

I was in still in grief on that day in July last year, six months after my marriage ended, where I was screaming in agony after a text fight where he went for my gut. I got so frustrated that I cut him from my life completely, and to this day our relationship is still broken. Somewhere in the two-day cloud of sorrow I spent curled up in bed following this incident, I realized that the day this happened was Tisha B’Av. The day where sacred temples are destroyed, homes are left behind and those who love purely are crushed in pain.

Mourning is a natural part of any heartbreak, and to think we ever stop is a lie we tell ourselves to soothe the hurt. After all, even the most secular Jews say Mourner’s Kaddish for their loved ones once a year. We still conjure their memories when we need protection and comfort. I still remember July 16, no matter how far I get away from that time. Hell, Jews are grieving, crying, shaking on the floor on Tisha B’Av over losses that predate our lives. There are some losses that we can forget, but the ones that really matter never leave.

Yet there is a twisted reassurance that maybe that bad was meant to happen to shine light on the good. Only because of the bad things in our pasts are there maps of pathways created to support our long-term survival as Jews and human beings.

Even I traced out some of those lines for myself: My betrayal at the hands of a fellow Jew in Israel at 17 gave me the way to deal with the Jewish clergy that turned their backs on me in divorce as if I had sinned. My ancestors who locked their doors in Toledo never to return gave me the strength to be able to walk away from abuse 500 years later. Sometimes, like with falling in love with my guy friend, it takes us a while to find the path, but those steps are just as important as any of the others we take.

All I know is that on July 16, I may have to go to work because I cannot afford to take off here in the states, but I will grieve. I will do my best to maintain a fast and set my chair low. I know that mourning is just as important as moving on. We remember so we know how to live our lives moving forward. And sometimes, the pain of loss is worth the liberation that comes with it.

About the Author
Amira Young is the founder and chief blogger of Ladivorceevita.com, a divorce, dating and relationships blog. She has served as an editor and writer for North American publications as well as for syndicated content. She currently lives in Los Angeles.
Comments