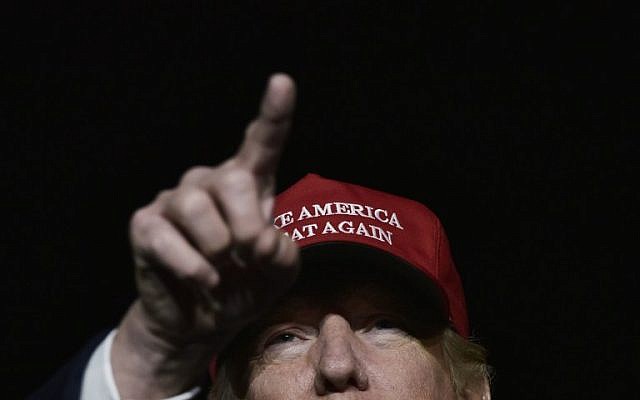 The most unhappy person in America as Donald Trump won a remarkable historic presidential election victory was the man on the second floor of the White House. His legacy is about to lie in shatters.

Obama’s presidency will go down as a domestic and foreign policy disaster.

As president, you either change Congress or you change their minds to get your policies pushed through. Obama did neither. With imperial disdain he ruled by executive orders. He did it with the connivance of the Washington Establishment. His style was resented by the electorate. As were his policies.

Hillary Clinton was irrevocably tied to his failures. Indeed, she was the architect of much of the events that worsened the world. But apparently it wasn’t this that lost Clinton the hearts of the American people. It was her behavior pattern that topped any resentment Americans felt for Trump in the battle between the two worst candidates ever presented to the voting public.

Although, at the last minute, she escaped FBI charges over the use of a private server, the accumulation of her exposed lies and suspicions of corruption over her Clinton Foundation while serving as Secretary of State raised sufficient red flags to make people take a fresh look at Trump. The shadow of the “pay for play” and the dubious grifting for favors will loom over the Clintons as the need for understanding and judgment will be clarified by the FBI.

Clinton spent the last month of her campaign dumping on Trump rather than spelling out new policies that would improve the lives of tens of millions of suffering Americans. While she was trashing the Republican candidate he was explaining how he was going to bring jobs back to America, how he will replace a hugely unpopular Obamacare, how he would reduce taxes, how he would bring education control back to the states, how he would build a wall and keep America safe, how he will strengthen the military abroad and law enforcement at home, and how he would renegotiate the trade deals that was ruining America not only in jobs but also economically.

In short, to rephrase a Clinton stump slogan, while she went low, he went high.

The media was complicit in becoming the propaganda arm of the Clinton campaign. With too many exposures including CNN’s Donna Brazile passing questions to Clinton top aides in advance of televised debates, the recruiting of “Get Trump” investigative reporters, the whitewash of a tsunami of shocking emails and document distributed by Wikileaks that exposed the Clinton campaign payment for provoking violence at Trump rallies as well other unverified accusations against Trump.

In conversations with some pro-Clinton friends and family it was apparent that many Clinton supporters were so incensed against Trump that they refused to relate to questions about any character faults in their Democratic favorite. They were sticking their heads in the sand refusing to see her flaws or to understand that neither of them felt the hurt caused by poor policies and a negligence that made the world and America a far worse place. It was this myopia that prevented them from seeing that the guy they detested was reaching into the wounded souls of too many Americans who find themselves far worse off after the election of Obama and absolutely didn’t trust Hillary Clinton to improve their lives. The late-breaking news of massive increases in their Obama-Clinton health care costs confirmed that Clinton would do nothing to lift this financial yoke off their shoulders, a burden they can ill-afford to carry.

I found it incredible how my American progressive friends and relations were oblivious to this. If I could see it from Israel why couldn’t they see it from there?

We have witnessed an America too progressively concentrating on changing society for the worse. Safe spaces got preference over a safe America. Toilets for people who don’t know if they are male or female make the headlines rather than forty million Americans on food stamps. When petty criminals get shot the police are accused of criminality, but murderous illegal immigrants are protected in sanctuary cities.

Trump got it right. The people want to get America back on track, a track based on traditional values, common sense, hard work, security and patriotism. It’s a society based on the same values we love and need in Israel for our welfare and safety.

In this Trump shares much in common with Israel, other patriotic European nations struggling to shrug off the ravages of Big Brother Socialist governments and Britain who exited Europe to regain its independence and national pride.

Barry Shaw is the Senior Associate for Public Diplomacy at the Israel Institute for Strategic Studies.