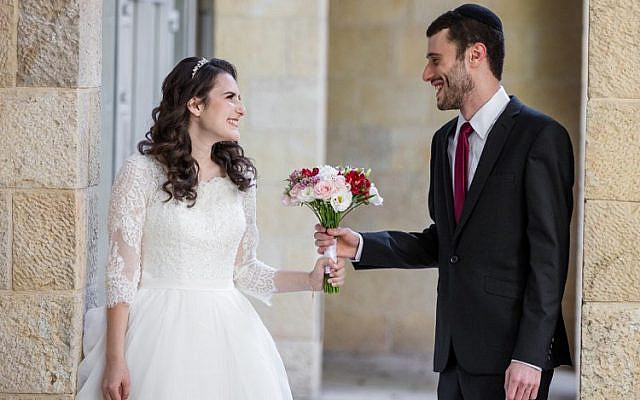 Parshat Chayei Sarah (Breisheet, Chapter 24:1-7) tells the story of how Avraham’s servant helped arrange Yitzchak’s marriage to Rivka. This story was traditionally read at the Aufruf (Shabbat before the wedding in Ashkenazi communities) or the Shabbat Chatan (the Shabbat after the wedding in Sephardi communities) when the groom was publicly honored by the congregation.

While Ashkenazi grooms stopped reading this portion at their Aufrufs already in the 1700s, some North African grooms still have the custom to read Breisheet 24:1-7 from the Torah. Other communities read these seven verses from a Chumash.

The poets of North Africa also sang songs to the groom based on these seven verses. We have four of these songs which were written by Rabbi Mussa Bujnach who lived in Tripoli in the 17th century.

In his songs, Rabbi Bujnach connects the wedding with the theme of redemption. Just as Avraham sent his servant abroad to find a wife for his son, Yitzchak, and then brought Rivka back to the Land of Israel, so too should those who are in exile return.

There was a time when the groom read the Haftara from Yishayahu 61 as well:

I will greatly rejoice in the Lord, my soul shall be joyful in my God; for He has clothed me with the garments of salvation, He has covered me with the robe of righteousness, as a bridegroom decks himself with a garland, and as a bride adorns herself with jewels.

Although this Haftara was no longer read when there was a Shabbat Chatan in Tripoli, one of Rabbi Bujnach’s poems incorporated some of the themes preserving that tradition.

When the groom publicly read the story of how Avraham’s servant was able to successfully find a wife for Yitzchak, the congregants were reminded to tirelessly continue to help those who wanted to get married.

May we have the opportunity to celebrate with many brides and grooms while not forgetting those who are still looking for their bashert (intended).