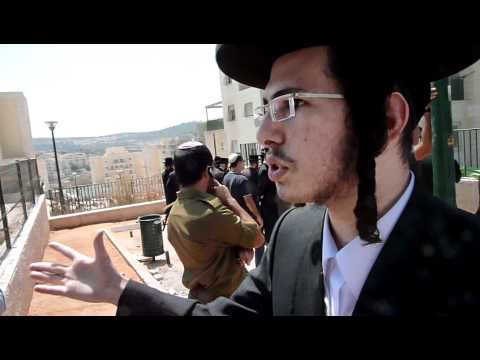 In recent years, a certain story in the daily news has become routine: A pious man won’t sit next to a woman on the airplane; a learned holy man states that a flood is caused by homosexuality; a press release states that all religious approaches outside of their own are lies; a little girl is spit upon for not being dressed modestly enough to a man’s standard.

Based on these episodes and many others, one might deduce that these were the results of a fanatical religious cult. But the truth is that these were the actions of Jews. Or more precisely, Haredi (ultra-Orthodox) Jews who hold the commandments of Jewish law to the most stringent reading.

Ever more prominently in the secular news and throughout Jewish conversations worldwide, there seems to be a broader movement amongst some in the Jewish world to position themselves in contrast to the “Ultra-Orthodox” Jewish community. Attention to this once-insular Jewish population is becoming more prevalent in media with portrayals making many people uncomfortable, myself included (especially since I was once immersed in the Ultra-Orthodox community and I continue to have deep ties and relationships in that world). Too often, the critiques I hear of this community are unfruitful, unrelenting bashing. There are a number of reasons this should stop. While many positions and actions from pockets of the Haredi community may drive us mad, perhaps our question is: How should we react to them?

Firstly, we should cultivate more gratitude toward the Ultra-Orthodox for what we gain and learn from them. Although their industries are far from perfect, the greater Jewish community often relies heavily upon this community for kosher certification, mohalim, reliable minyanim for those saying kaddish, maintenance of mikvaot and eruvin, publishing of helpful books and placement of educators in schools, and the writing of sacred scrolls. Additionally, we have much to learn about their deep commitment to Torah observance, passion for Jewish learning, fervent prayer lives, and often unparalleled middot—character traits like modesty and humility— and the kindness they demonstrate within their community. The fact that we disagree ideologically on many points and object to many of their particular exclusivist practices should not get in the way of learning from these other facets. Further, our pluralistic ethos need not pause before those who claim certainty in holding the absolute exclusive truth and reject us as valid Jews seeking to block us from full participation in Jewish life. Even as they bash us for our modern commitments, we can ignore these rants and humbly take the high moral road.

Secondly, they pose no threat to us; we need not be intimidated by them. While the Haredi community may be growing in numbers due to higher birthrates, they are concurrently declining in influence. Pre-modern approaches will not be intellectually persuasive with moderns and certainly not with post-moderns. The more they reject new ideas—university study, autonomy, Zionism, feminism, diverse sexual orientations, inclusivity, social justice, meaningful relationships with gentiles—the less influence they will have on broader Jewish life (Israel excluded, where there are real financial burdens since the state supports the ultra-Orthodox lifestyle financially). Not offering a competing voice in societal discourse, their positions can be respectfully ignored. 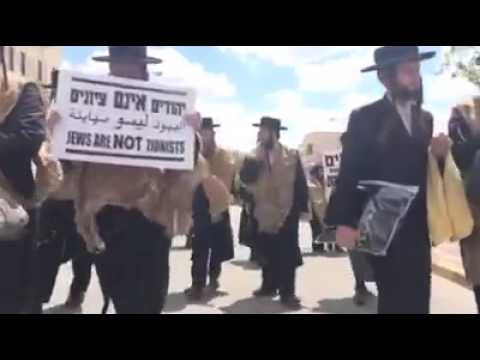 Finally, bashing the “Ultra-Orthodox” position is simply erecting a straw man. It is easy to knock down fundamentalist positions without asking the hard questions about our own positions and without growing in our own convictions and practices. We have the obligation to avoid all distractions in our striving to serve God and in our developing our own authentic path to advancing Torah.

The truths and wisdom that are present in this community should be understood and evaluated fairly, rather than dismissed. For too many modern Jews, the only interactions they have with their Haredi compatriots is through negative media stories and smear campaigns. While it would be foolish to deny there have been some acts taken by this community that are reprehensible—Agunot (women chained in unwanted marriage) are told to wait for the Messiah to be redeemed, for example – it is certainly our imperative to not overlook the broader virtues that are to be found there.

Let me be clear: we continue to have the task of addressing moral violations where we have the potential to influence better outcomes. Yet merely bashing those with totally different sensitivities will not help them or us. We must learn the delicate balance between ensuring that Judaism is not singularly represented by their models, but also not falling into a trap of obsessive, knee-jerk, myopic outrage. Tolerance of beliefs and practices is ideal, but not at the detriment of letting bad behavior that misrepresents the Jewish people proceed unchecked. We would be failing Torah by not letting Ultra-Orthodoxy know when there have been deep breaches of social decorum but, by and large, our approach should always be sensitive respectful criticism.

It is my deep conviction that the Creator moves society toward progress and that Torah is the guiding light in the process. Our task is to discern what is morally right from what is morally easy. This said, we must be honest before God and have the humility to embrace that we are all fallible and that every faction has its virtues and vices. We should primarily turn our critique inward and not outward. Further, our approach should be to learn from the virtues of every group and softly and respectfully critique the vices only in the rare opportunities where we feel morally compelled and can make a difference. We should strive for friendship and partnership when opportunities arise.