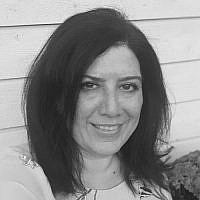 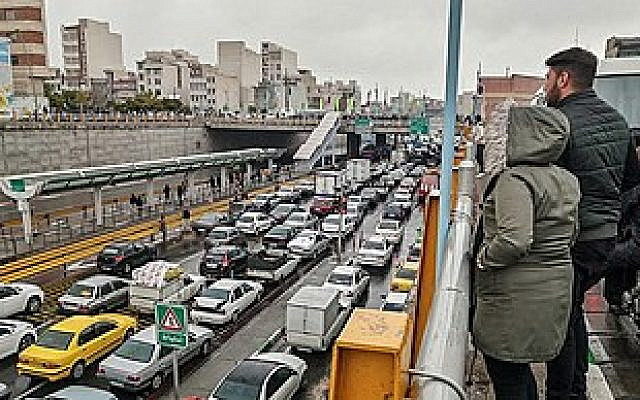 Western journalists like to say they are in the business of afflicting the comfortable and comforting the afflicted. But as somebody who was born in Tehran and comments Middle Eastern affairs, I sometimes wonder if at least some of them are not helping afflict the afflicted and comfort the very comfortable.

Consider the absurd style of coverage given to the atrocities committed in recent months by the Iranian government.

In November alone, Reuters estimates, 1,500 demonstrators were massacred by the regime’s security forces, who also shut down the Internet for four days. Afterwards we saw why: the tidal wave of video and footages of security forces shooting directly at unarmed civilians, shooting at young people from helicopters and atop of governmental buildings, was overwhelming. Over a dozen kids were dead, some victims were simply bystanders looking at the protest. A nurse who tried to help an injured man, for instance, was shot dead as she went to his aid. The protests went on in big and small cities all over Iran and in some area like Mahshar there was reported of a full blown massacre when Revolutionary Guard forces entered Shahrak Chamran, a suburb of Mahshahr, and indiscriminately began shooting at protesters with armored vehicles. Protesters who escaped into a nearby marsh, were encircled and fired upon. Up to 100 people dead. Even some photos from above by google maps showed the blood-stained terrain.

The New York Times Iranian-born journalist Farnaz Fassihi reported that, in the early days of the protests, somewhere between 180 to 450 died. The number grew to 1,500 according to Reuters special report, including 17 teenagers and 400 women. The tally was gathered from security forces, along with morgues, hospitals and coroners’ offices. Reporting from inside a dictatorship is difficult — but ordinary people talk, they whisper. Interestingly, and disturbingly, the same Iranian born reporter from the Times went on to question the numbers given in the Reuter’s report on Twitter.

For those of us who followed what was happening, there had been a bitter relief to have some hard data . Reuters has always been solid. So why would a reporter at an established news outlet like the NYT tetchily play down the number? This, after all, is the same women who ridiculously overplays the number of “mourners” supposedly flooding the streets of Iran for the burial of the Iranian General Soleimani, a man responsible for thousands of civilian death in Syria and Iraq. On Twitter she writes about how the “millions are out, sea of endless people by 6.am. she hasn’t seen in 25 years.” How could she not have been aware of other civilians inside Iran who posted clips of themselves to social media expressing joy by his death? People who of fear of horrible consequences had to disguise their identity?

The exiled journalist Massih Alinejad wrote an article in Washington post and warned of not falling for the propaganda of the regime on Jan 6. We Iranians growing up in Iran are all too familiar with this type of shows and propaganda by dictatorships. Three days of mourning were announced. Everywhere was closed for a huge mobilization of the regime’s people. The revolutionary guard is not only a military organ but an economic giant in Iran, which is quite well able to have its employees fill up the streets. The money, the benefits and transporting the regime’s fans is something most Iranians know about. It is the regime’s way of buying legitimacy. So, to ask the question again, what kind of the NYT reporter goes out of her way to sell the regime’s propaganda and state sponsor show to outside world. Is this “investigative journalism”?

Same goes for Negar Mortazavi who works in The Independent. Someone else who can’t get enough of  Iranian regime’s“anti imperialism”, even in a time that youth in the Middle East are sick and tired of the revolutionary slogans, war and Islamism started with Khomeini’s 1979 revolution. When they demand peace, prosperity and better life when they come to the streets in Iran, Iraq and Libanon risking their lives and even shout “Iran out” in Iraq! Yet known media outlets remain obsessed with their own tired narratives, their reporters and editors in denial of what real people want.

Here in Europe, where I live, NYT, CNN, and the Independent are treated like Reuters and AP, hence it is sad to see that someone with biased feelings towards the regime has become the beacon of truth. It is also difficult to go ahead and oppose NYT report, when it is already out there and this is the supposed Great Newspaper of Record.

The horror stories of the massacre of Nov 2019 keep coming. Every day. Amnesty reports regularly about them. The families that did not receive the bodies of loved ones unless they paid for the bullets. The injured and alive victims who went missing and found ditched in some river. The security forces that silenced the mourning families to not talk to the foreign media or not to hold burial ceremony who buried loved ones in desolate places handpicked by the security forces. Where is the world?

In another article written by the same author in NYT dated Jan 26, dispatched after Iran’s shooting of Ukrainian passenger flight 752 on Jan 8, which killed 176 civilians (most of them Iranians), the author gives the detailed impression again after talking to “regime’s former and current officials” that President Rowhani and his so-called moderate group did not know about the shoot down and that it was the Iranian Revolutionary Guard (IRGC) and leader Khamanei who was in charge. This despite the fact that getting information and “facts” from Iran’s political structure is notoriously difficult, if not impossible. Authorities lie and they cover up for each other. This is despite the fact that rank-and-file Iranians will tell you that the narrative of moderate versus hardliner is a sham and they want the whole Mullah regime gone. After all, where was the so called moderate president where Iran as whole was in flame in 4 days in November when his own minister of communication shut down the internet so the people can be killed in peace?

The media’s job in democracy is to get those in power and help the helpless. I am aware of the immense hate the established media has towards President Trump, but how can this be squared with the journalistic sympathy towards the Iranian regime’s “moderate” leaders, who are demonstrably rather less than moderate, a political façade meant to front a brutal military clerical regime’s atrocities? As happened this past November on the watch of Rowhani, who, along with his foreign minister, could hardly be more dedicated to the religious regime.

The NYT and CNN and the other established media outlets do not need to be the voice of the regime. Their leaders use Twitter and social media on daily basis whereas the Iranian people do not have this luxury. These media outlets who run after these leaders to their hotel rooms in New York as if they are poor authentic leaders deprived of their rights are spreading misinformation and do the biding for the tyrants and murderers. Because the regime’s men are IN POWER and have the legitimacy of a state to meet up with world leaders and media outlets, whereas other Iranians, the real people of Iran are totally helpless, insignificant crushed under sanctions and the wheels of a brutal dictatorship that simply kills if you oppose it. After the shoot down of the Ukrainian plane, the Iranian people came to streets again and protested against the regime and was brutally suppressed again. This time they tore apart banners of Soleimani and Khamenei. A teenager who disguised his identity and tore apart such banner was arrested last week. That alone will give you an example of regime’s iron feast.

Right now at least 7,000 people have been imprisoned for their support of the latest uprising, the bloodiest uprising since revolution of 1979. We are not talking five-star accommodation, either: these men, women and kids are being housed in the dungeons of the regime at the whim and mercy of brutes and sexual thugs. The only hope they have is us to be their voices. We are the reason they are kept alive, because we speak up on behalf of them. Silence and misleading information by biased pro-regime reporters can add to these poor souls’ suffering, torture and uncertain destiny.

Let’s do our duty. Let’s afflict the comfortable and comfort the afflicted people of Iran. Let’s hope and pray to see a report in NYT, CNN and The Independent about these 7,000 poor souls before it is too late.