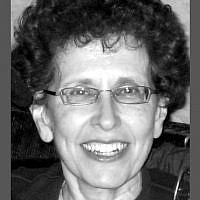 The Blogs
Susan Aranoff
Apply for a Blog
Advertisement
Please note that the posts on The Blogs are contributed by third parties. The opinions, facts and any media content in them are presented solely by the authors, and neither The Times of Israel nor its partners assume any responsibility for them. Please contact us in case of abuse. In case of abuse,
Report this post.

We – myself and Rivka Haut – are among the founding members of the Women of the Wall, now referred to within the group as “The Mothers.” After WOW began, women, including ourselves, who were actively dealing with agunot recognized that the same forces that were refusing to remedy the agony of women denied divorce were the ones who feared and attacked WOW, or who stood by silently while the women of WOW were physically and verbally attacked. The haredi authorities who maintain control over women, in marriage, in synagogue, in ritual, cannot tolerate WOW. Orthodox rabbis, including the Modern Orthodox, who have failed to implement effective halachic solutions to the agunah problem, largely failed to support WOW and, with a few exceptions, did not even condemn the violence directed against the praying women.

There is no comparison between the immense suffering of agunot, whose lives are often ruined because of the refusal of their rabbis to remedy their plight, with the inability of WOW to pray in a group and read Torah and wear a tallit at the Kotel. Nevertheless, the two groups illustrate what happens to women who are constrained to follow the rules enforced by a patriarchal system.

The women of WOW have struggled for 25 years to fulfill their spiritual aspirations at the Kotel and thought that at last their dream was becoming a reality. After losing in Israel’s Supreme Court, which three times acknowledged WOW’s right to pray halachically in the ezrat nashim (women’s section) of the Kotel, yet negated WOW’s right in favor of haredi “sensitivity,” the courts last ruled that, indeed, the women of WOW may pray according to their minhag (custom) in ezrat nashim.

This victory, which which we hope will endure, is not a victory for WOW alone. Rather, it is a major step forward for all Jewish women, including haredi women.

WOW models to all Jewish women who pray at the Kotel that women can take control over their own religious lives. When haredi women, and haredi men, and haredi children see women leading services, wearing tallitot, and even handling and reading from Torah scrolls, their world view is changed. Like it or not, the sights and sounds of women leading services may initially shock them but then, when they get used to it, it will, it has to, change their world view. Women will no longer be seen as following men when it comes to communal prayer, allowing men to lead, but as individuals who are able to function religiously, on their own, without the “help” of men.

This represents a revolution in haredi lives. That is why they fear and resist it. Their women will be influenced, strengthened, perhaps even demand change from their rabbis. Demand help for agunot. As for rabbis, acknowledging their regrettable passivity when WOW were abused in the name of halachah may help them to muster the courage to implement halachic solutions to end the abuse of issuing a gett divorce decree.

During the thirty years that our organization AGUNAH Inc functioned, when we met with agunot in Rivka’s dining room, there was a large photo of the first WOW service hanging on the wall. It showed Rivka and a woman wearing a tallit, standing next to each other at the Kotel, with a Torah scroll open on a small table in front of them. Whenever an agunah asked why we were trying to help her, we would point to the photo and tell her we feel compelled to help her get a gett for the same reason we are part of WOW’s struggle to pray at the Kotel with a Torah. To help religious women lead better lives. They all understood.

And that is why WOW must win the struggle to remain at the Kotel. Our cause transcends women praying, women wearing tallitot. It goes directly to the heart of Jewish women’s lives in all spheres. A woman reading Torah at the Kotel represents an historic correction, a tikkun, for centuries of deprivation, of secondary status.

The women of WOW also benefit from proximity to haredi women at prayer. Hearing haredi women cry to God, praise God, and address God in the direct and personal way they know how to do so well, uplifts others. Their prayers help ours to rise higher. Their cries and petitions help put all who are near in an elevated, spiritual mood.

Our mutual prayers can inspire each other. The principle “B’rov am hadrat Melech” is an important halachic concept in prayer. It means that God’s glory is enhanced in the midst of a multitude. The more people praying together, the more spiritual power their prayers have.

Our vision is for all Jews to share the ancient sacred Kotel space, our hope is that through sharing that space, Klal Yisrael – all of Israel – will learn to encounter and strengthen each other in prayer rather than being divided by a plan that shifts some Jews to a new space, thereby enshrining the separation of Jew from Jew.

When, God willing, we succeed in being able to pray in ezrat nashim at the Kotel, ezrat nashim will truly become a space where Jewish women give help, ezrah, to each other.

This post was co-written with Rivka Haut, an Orthodox feminist activist. She has co-edited, with Rabbi Susan Grossman, Daughters of the King: Women and the Synagogue (JPS, 1992) and, with Phyllis Chesler, Women of the Wall: Claiming Sacred Ground at Judaism’s Holy Site (Jewish Lights, 2003). Rivka advocates on behalf of agunot (“chained wives,” whose husbands will not grant them a religious divorce), and teaches Midrash at the Academy for Jewish Religion.

About the Author
Susan Aranoff is a founding member of the International Committee for Women of the Wall and of AGUNAH International; She is a professor of economics at Kingsborough Community College, CUNY; She and Rivka Haut have an upcoming book that chronicles their decades of work on behalf of agunot
Comments