Jewish organization leaders won’t admit it publicly, but many privately have joined the Bye-Bye Bibi chorus and are delighted to see a new team take charge in Jerusalem.

They have feared going public previously with their concerns, worried that their concerns would be seen as a split between the Jewish community and Israel (which was already underway) and that it would ignite a torrent of attacks by hardliners and big donors in their communities who support Likud and Benjamin Netanyahu.

As much as anyone in the Jewish world, these professionals and political activists who have their fingers on the pulse of their communities understand that no foreign power, Arab or otherwise, has done as much damage to US-Israel relations and the bipartisan consensus in support of Israel as Netanyahu.

They realize they face a major challenge as they try to reset the relationship, and it will take more than pious statements congratulating the new leaders and pilgrimages to the Holy Land for photo ops.

One of the heaviest burdens falls on AIPAC, which has long been seen on Capitol Hill as Bibi’s Mouthpiece with a GOP bias. It must demonstrate that a willingness to return to its bipartisan roots and to restore its own tarnished credibility.

Among the most important challenges facing Prime Minister Naftali Bennett’s new government is returning bipartisan American support for Israel.  His predecessor left office – with all the charm and grace of Donald Trump – by hurling a spiteful attack on President Joe Biden intended to poison the well between the Jewish state’s new leaders and the nation’s most important ally.

Biden must have been glad to see Netanyahu go. After waiting weeks to call the then-prime minister after the inauguration, he phoned to congratulate Bennett only hours after he was sworn in Sunday.

A petulant, petty and bitter Netanyahu left the country deeply divided, not only internally but from the American Jewish Diaspora and long-time American supporters in the Democratic party.

Netanyahu abandoned the Jews and Democrats years ago – although about 70 percent of Jews identify as and vote Democrat, according to the Pew Research Center — to make alliances with Republicans and Evangelicals. Along the way he made no secret of his animosity toward Democratic presidents Bill Clinton and particularly Barack Obama. Now he’s added Biden to his list.

Ron Dermer, the former ambassador known as “Bibi’s Brain,” said publicly what had been his boss’s longtime approach.  Evangelical Christians outnumber Jews more than 12-to-1, by his estimation, and Israel “should be spending a lot more time doing outreach to Evangelical Christians than you would do to Jews.” His boss was happier with “passionate” American evangelicals – whatever their “end time” theological motives — than with Jewish “critics.”

Former Israeli Diplomat Barukh Binah wrote in his blog, “The evangelicals may by friendly all the way to Armageddon, but they are not family.

Bennett takes office with some great advantages. For starters, he’s not the abrasive, deceptive Netanyahu. He comes to office with the most diverse cabinet in Israeli history, including an Arab party for the first time, instead of Netanyahu’s collection of ultra-Orthodox parties, the racist Religious Zionist Party, the extremist Kahanists and convicted felons.

The historic coalition was the work of Yair Lapid, the alternate prime minister in a two-year rotation deal and head of the centrist Yesh Atid party. He is the new foreign minister. He immediately pledged to mend Israel’s long-torn fences with the Democrats and mainstream American Jews. He excoriated Netanyahu for taking “a terrible gamble, reckless and dangerous” by focusing “exclusively” on the Republican party.

Bennett can demonstrate his seriousness by quickly appointing respected envoys to Washington and the United Nations who share that goal, replacing Gilad Erdan, the Netanyahu loyalist and Likud politician now holding both jobs.

Shimrit Meir, a Middle Eastern Studies scholar, has written that “Israel cannot continue to be the Republican Party Middle East branch as it was for the last few years.”

Under Netanyahu there has been an erosion of Israeli democracy as he became increasingly autocratic, corrupt and divisive.

There will be disagreements between Jerusalem and Washington, but tone can be as important as substance, and the new leaders say they intend to disagree without being disagreeable.  An early test may be Biden’s intention to return to the Iran nuclear pact, which Bennett opposes but won’t be declaring war on the American president as his successor did.

You can be sure he won’t use Netanyahu’s Holocaust analogy, calling Biden’s policy with a threat to Jewish survival.

Netanyahu has pledged to direct his energies to bringing down the new government (he’ll also be focused on his criminal trial and, like Trump, staying out of prison).  For that he has a Fifth Column in America.

Republican Senators like Lindsey Graham and Ted Cruz, former UN Ambassador Niki Haley and former Secretary of State Mike Pompeo, assorted Evangelical leaders like John Hagee and Mike Evans and, of course, Trump himself will try to portray themselves as the true defenders of Zion against Biden and cast the Democrats as the mortal enemies, each in their own demagogic pursuit of their 2024 presidential ambitions.

They can count on Netanyahu’s full backing and as they push resolutions, amendments and laws through Congress designed to prevent any bipartisan consensus and promote division by insisting the Democrats don’t love Israel as much as they do. They will try to undermine and delegitimize Biden just as Netanyahu is trying to do to his Israeli successors. Bennett may be to the right of Netanyahu but that doesn’t deter the former PM from calling him a “dangerous” “leftist.”

In contrast to the GOP and more like the Democrats, the new Israeli government, known as the “change coalition,” is the most inclusive in that nation’s history, including one third women ministers (whose faces were blacked-out in Haredi newspapers) and an Arab party for the first time.

One of the greatest challenges facing Bennett’s government is whether he will permit Netanyahu, Trump and the GOP from restoring Israel’s bipartisan base of support and repairing relations with the Democrats and the mainstream of American Jewry. 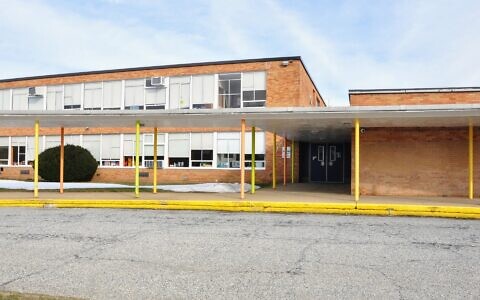 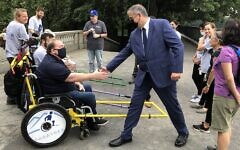 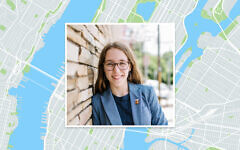 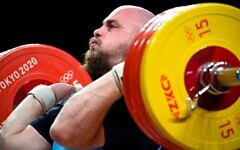 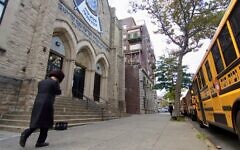