Last week the Jerusalem Post featured an article entitled, “This is our 1948: Kurds kindle a close relationship with Jews and Israel.”

Hussein Yazdanpana, the leader of an Iranian Kurdish party in exile in Iraqi Kurdistan that’s been fighting ISIS, spoke about the Holocaust and values that Kurds and Jews share for freedom and democracy.

Relaying the sentiment throughout Kurdistan that Kurds are today living as an independent people, Yazdnanpana added they “look forward to good relations with Israel and the Jewish people in which we fight terrorism together in this region.”

Given fast-moving events in northern Iraq and Syria, the prospect of an independent Kurdistan looks increasingly likely as more countries express support. In a 2014 speech to the Institute for National Security Studies (INSS), Israeli Prime Minister Netanyahu asserted that Kurdistan was “worthy of statehood.”

Conventional wisdom holds that that China will not stomach “separatism” as a popular movement. But since 2009, when the Chinese state oil company Sinopec acquired Addax Petroleum which had been developing the Taq Taq oil field in Kurdistan, China has boosted its investments in Kurdish oil fields and infrastructures. As such, commentator Ankit Panda surmised in The Diplomat, “Beijing might find that its national interest is best served by backing an independent Kurdistan” given China’s economic and energy stakes there.  Now that China’s security interests are expanding in Iraqi Kurdistan and Syria, this further reinforces Kurdish prospects for gaining Beijing’s support.

In Syria, China is increasingly alarmed that the US is backing al-Qaeda affiliates as part of the Syrian “opposition” thereby seriously undercutting Washington’s role and credibility as a leader for global anti-terrorism efforts. The fact that US leaders and pundits are calling for an increase in arms and support for al-Qaeda in Syria (aka Nusra) against al-Qaeda in Iraq (ISIS) underscores such worries.

Amnesty International and Human Rights Watch have also reported on war crimes committed by these US-backed “moderate rebels.” Yet, a new bipartisan report released this week from the Center for a New American Security (CNAS) recommended increasing arms deliveries and other US military support to support such al-Qaeda-laced “rebels.”

Moreover, the report called for a no-fly zone similar to the one established in Libya—now a failed state that is overrun by ISIS—“to create a safe space in which Syrians can relocate without fear of being killed by Assad’s forces and where moderate opposition militias can arm, train, and organize.”

Michèle Flournoy, an informal adviser to Democratic presidential front-runner Hillary Clinton, endorsed the report. Clinton was the architect of the Libyan no-fly zone and is now a staunch advocate for the Syrian no-fly zone.

The report, however, is emblematic of repeated American failures to learn from past mistakes in the Mideast. It also highlights Washington’s persistent blind spot and dismissal of other actors’ legitimate security interests in the region. All this is dangerous.

Aside from the fact that these rebels aren’t “moderates,” many are not even Arabs. They are Asians from China and Central Asia who pose a direct threat to Asian security. The most effective “rebel” coalition Jaish al Fath includes the anti-Chinese Turkistan Islamic Party (TIP), to boot.

This has raised concern in China. It has also reinforced sympathy for the Kurds that are fighting ISIS and anti-Assad/anti-Chinese militants, and in fact, there have been reports of Chinese volunteers joining Syrian Kurds in the fight.  One Chinese national identified as Ba Si Pan was featured in a December 2015 BBC story. The volunteer said he had drawn inspiration from a British Chinese national named Huang Lei who had previously joined the YPG and was hailed as a hero in China’s social media. 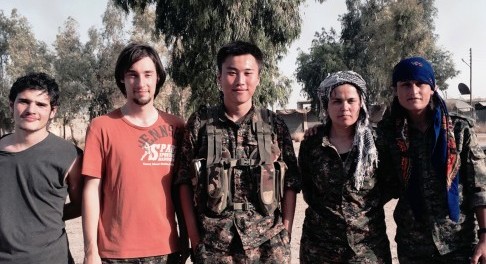 The more the Kurds are brutalized, the more this stirs sympathy for their self-determination, whether they are in Turkey, Iraq or Syria. In May 2015, BBC reported that even Kurdish-owned animals were targeted when Turkish armed forces gunned down 25 mules in Sirnak and Uludere in southeast Turkey bordering Iraq. Mules are an indispensable means of transportation and livelihood in these poor and remote villages.  Similar reports have emerged from the nearby town of Silopi on the killing of livestock, horses and various animals simply because they belong to the Kurds.

This is atop existing international opprobrium for Turkey’s war on Kurds in Syria and Iraq– where YPG and PKK gains against ISIS were abruptly halted by Turkish interference.

Meanwhile, Ankara and Washington are shoring up support for Jaish al Fath. The support includes backing TIP as an asset against the Kurds and the Syrian army. Whether this is a US blind spot or willful blindness, Beijing views it as an effort by the US and Turkey to not only help TIP, but also to eventually destabilize China. This is because TIP has claimed responsibility and expressed support for attacks in China including the attacks at Tiananmen Square and Kunming train station. The fact that Turkish President Recep Erdogan declared Xinjiang to be the home of the Turkic people and exclaimed that “the martyrs of East Turkestan are our martyrs” when he was mayor of Istanbul in 1995, is not lost on the Chinese.

That the US is excluding the Kurds from the Syrian peace talks while including al-Qaeda affiliates, and turning the anti-ISIS coalition into a pro-al-Qaeda coalition, also is not lost on the Kurds.

Because of this, the Kurds will enjoy increasing support from China and Russia, as well as other non-western powers that now feel threatened by western-backed jihad in Syria.

While Washington continues its near pathological obsession with removing Syrian President Bashar al-Assad at the cost of further destabilizing the Mideast and empowering al-Qaeda and ISIS, various Asian nations are reaping the unfortunate consequences of such reckless policies.

In April, Terrorism Monitor reported that ISIS is gaining ground in India by attempting to radicalize a portion of India’s 170 million-strong Muslim populations via indigenous militant networks. In May, Jon Connars wrote in an Asia Times column that ISIS is growing in Southeast Asia. He added that as various al-Qaeda groups such as Abu Sayyaf and Jamaah Ansharut Tauhid merge with ISIS, there is the risk of a global partnership between ISIS and al-Qaeda that could unite all ASEAN terror groups under one umbrella to conduct large-scale attacks. 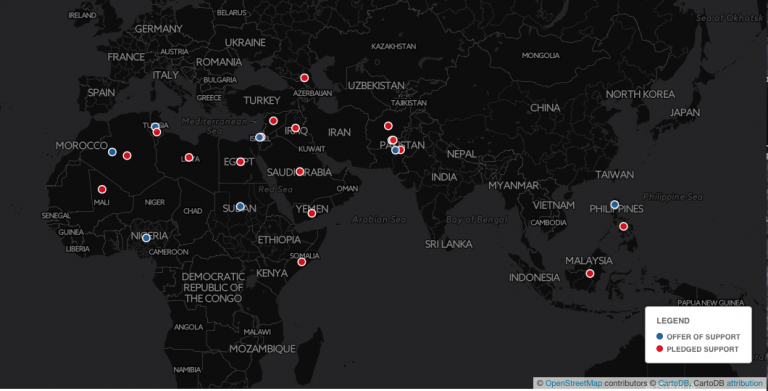 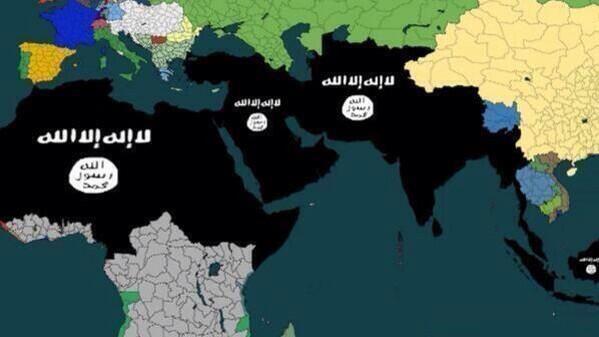 In light of this threat, Connars exhorted ASEAN countries to put aside their differences and seek a solution “to stop Southeast Asia from becoming one of violent jihad’s newest heartlands.”  Likewise, China, India and other players in Central, South, and West Asia need to put aside their political squabbles, and unite to counter the looming threat emanating from the Wahhabi-jihadi cauldron in Syria that’s about to boil over on a catastrophic scale.

Part of the solution may involve taking the fight to its source in Syria and Iraq. Unlike the US and other western powers who have a history of colonialism and dominance in the region, Asian powers with large Sunni Muslim populations would be able to deny Wahhabi-Salafi extremists their narrative of waging jihad against “crusader” nations. Here, the Kurds also are the most lethal force and valuable asset against ISIS and al-Qaeda. Abandoned by the western powers, the Kurds are now finding new allies from the East. Along with this, perhaps, is their hope for their 1948 moment.