We are enjoined, at this time of the year, not to judge others but to judge ourselves. I can’t help it, however: I’m still reeling from the fall-out from Labour’s Brighton conference and, trust me, there’s a whole lot of judging going on.

The Free Speech for Israel fringe meeting was standing-room only by the time I arrived and the only place left for me to sit, to my horror, was practically in the lap of the chair, Naomi Wimborne-Idrissi. For those who have not come across her, NW-I is the queen of the alternative Jewish voice, who looks like nothing so much as a drop-out from WIZO.

Almost NW-I’s first action was to declare no pictures should be taken and no recordings should be made. I can’t imagine why, if they’ve got nothing to hide, but I clutched my Labour Friends of Israel (LFI) ballpoint all the tighter and took copious notes.

Here’s the weird thing about the Free Speechers: the plethora of disaffected Jews, primarily middle-aged to elderly people who have been unable to find a place for themselves inside mainstream Anglo-Jewry, and who are now peddling the myth to the Labour leadership that they are far more representative of Jewish thought in Britain.

I’ve said many hard things about the current Israeli government myself, but I am still proud to call myself a Zionist. The two positions are not mutually exclusive. Yet here they were, Nochshleppers Anonymous, ranting bitterly about “expelling” LFI from the party, a good trick since it is not a member, and of throwing out the near 100-year-old affiliate, Jewish Labour Movement (JLM), formerly Poale Zion.

Later in the week there was a “treat”: the one-woman show given by Jackie Walker, the former deputy chair of Momentum, who has twice been suspended by the Labour Party, the second time for bringing the party into disrepute.

The again massive audience mostly comprised those who had been present for the previous fringe meeting, the launch of Jewish Voice for Labour (JVL).

JVL members were very furtive about where and when their event was taking place, citing “threats” against them. Most Jews had better things to do than disrupt a JVL event, although no such scruples deterred the screaming loonies shouting “child-murderers” at those attending the LFI reception.

The fact that a former High Court judge and an Israeli-born professor – Sir Stephen Sedley and Avi Shlaim – saw fit to endorse this JVL show does not redound to their credit.

Walker’s show, The Lynching, was a very long exercise in self-indulgent tosh, and she would keep singing, wildly applauded by an audience who I can only assume doesn’t get out much. Even judged by purely theatrical standards, it was bilge – oh, and by the way, we were again told not to record it, an instruction of which I took no notice.

Extraordinarily, despite a series of foul speeches on the conference floor from the aforementioned NW-I and her Palestinian-lanyard-wearing associates – interestingly, not one intervention from a Palestinian – the
JLM’s brave rule change was passed by almost 100 percent.

So now Corbyn and co have a weapon to deal with anti-Semitism in the Labour Party that they did not have before. Will they use it? We stand ready to judge. 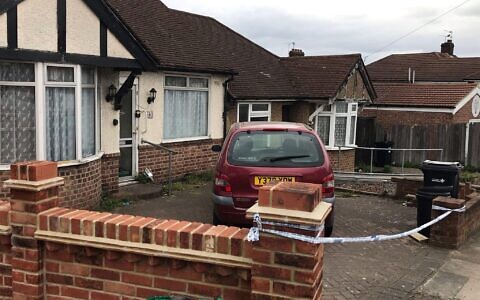 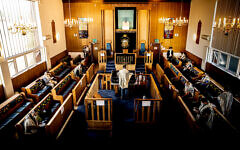