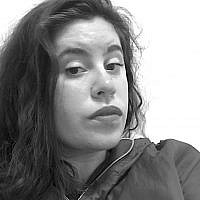 The Blogs
Joanna Harris
Apply for a Blog
Advertisement
Please note that the posts on The Blogs are contributed by third parties. The opinions, facts and any media content in them are presented solely by the authors, and neither The Times of Israel nor its partners assume any responsibility for them. Please contact us in case of abuse. In case of abuse,
Report this post.

The historic visit is the first official visit by an Israeli president to Bahrain.

This is the first visit since Israel normalized ties with Bahrain two years ago, in 2020 as part of the US-brokered Abraham Accords.

Prior to his departure from Israel, Herzog said that the trip was “predominantly a message of peace in the region’.

Security was tightened for Herzog’s trip, following recent anti-Israel protests and demonstrations that happened in the country prior to his arrival.

The other purpose of Herzog’s visit was to encourage ties and build a relationship following the signing of The Abraham Accords.

Israel is currently trying to encourage other countries to join The Abraham Accords.

It is unclear at the moment whether more countries will join.

Herzog’s trip also comes during the time of The World Cup football games where there have been problems for Israeli journalists and reporters in Qatar.

It is unclear what the future of the Israel-Bahrain relationship will be but we hope for the best.

About the Author
Working in the hospitality/travel industry in Israel. Am into spirituality and go to lectures/classes on Jewish mysticism.
Related Topics
Related Posts
Joanna Harris