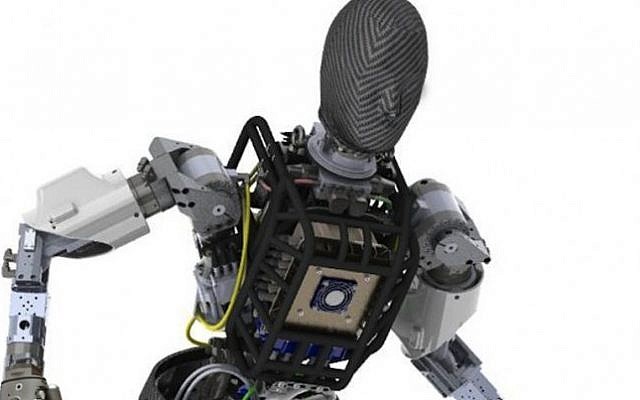 In an article that I read today, the authors speak of a significant disparity in quality of care when comparing weekday versus weekend complication rates amongst patients. Intuitively, which is a very dangerous word in the research world, one would think that weekend care is less good. In this particular case, the research backs up intuition. There are countless anecdotes about the difficulty of getting a doctor to pay attention and for a nurse to respond to a call, when a patient arrives to the ER anywhere from Friday evening to Monday morning. Also, the medical staff that is available over the weekend tends to be less experienced and more nervous. A nervous staff actually is a detrimental thing because it can lead to unnecessary testing, wasting time because of a fear of inappropriately bothering the home-based consultant and the like. Overall, the situation does not bode well for the less than critically ill patient [which tends to get good care 24/7].

This reminds me of a famous adage which is probably older than the Bible, that a patient should never get sick on June 30. Historically, July 1 is the day that the entire hospital “switches over”, such that the medical student now becomes the intern, the chief resident now becomes the attending and overall, the hospital is staffed with the least experienced physicians in each category of seniority. Having surgery on July 1 could very well mean that you are the first patient that the attending surgeon has ever operated on alone. There is a tremendous amount of literature speaking to the critical value of attending a hospital that has more experience in a given practice, such as kidney transplants. In other words, experience equals better outcomes.. Therefore, the best day to have your operation is June 30, and the worst day is July 1. Maybe I’m surprised that there isn’t a special insurance plan that guarantees that you will be operated on before July 1, in order to have the best possible outcome.

In a so-called perfect world, every patient would be treated by a practitioner  who has endless experience. In addition to book smarts, the more experienced doctor would bring to bear a level of comfort with almost any clinical situation ever encountered around the world. Imagine a doctor who had practiced for a decade in 20 different countries, and was well-versed in every disease described in top level textbooks. A little bit of math makes it clear that a human is effectively incapable of achieving such experience and knowledge. However, computers can definitely achieve these endpoints.

Remember that computers are not limited to their own experience. A computer in Africa that has just successfully identified and managed its 1000th case of Ebola, can share everything it knows with every other computer in the world. In such a scenario, a patient who presents to a small hospital in a relatively isolated part of the United States, should be diagnosed quickly and correctly, just as if the local computer had spent years in southern Sudan. When doctors consult each other, they are trying to achieve the same endpoint. Consulting physicians are trying to take advantage of another’s knowledge and experience in order to treat a given clinical disorder. Humans, though, are far from perfect at anything. At times they may communicate critical points in an ineffective manner. At other times, simply due to physical exhaustion or stress, they may not make a necessary correlation between the history they have just heard and a diagnosis that they are capable of making.

When one computer sees something, that experience can be duplicated to every other computer in the world. There is no need to explain that the present rash is mildly pink [whatever that actually means]. Every computer can make sure that it’s color correction accounts for changes in background lighting. The depth of color is recorded in absolute numerical terms rather than as an inaccurate point along a swatch. And of course, the moment a computer experiences and learns something new, this all becomes part of the unified massive database that every computer can draw from.

In terms of physical skills, once a computer has learned how to perform an appendectomy, every computer in the world can perform an appendectomy to the exact same level of expertise. On a single day, computers around the world might perform 10,000 appendectomies. The accumulated experience from all of these appendectomies, which includes all of the potential pitfalls and complications that can happen during the procedure, is all stored centrally and then shared with every other operating computer. Since computers are also the devices that will track the outcomes of the patients who were operated on, a computer will be able to conclude very quickly which techniques and which types of patients will do better or worse after an appendectomy. All of this information is then fed back into the universal database and is used to make the next 10,000 appendectomies safer. Of course, the same rule applies to every type of surgery, whether it is the removal of a gallbladder or the intricate excision of a tumor from around the spinal cord.

The moment that this universal database of surgical and medical knowledge exists, the time of day and day of the week will make absolutely no difference in the outcomes of the patients. Specialized sensors and beds will identify patients at risk of a bedsore and dedicated nursing robots will adjust the position of the patient in order to reduce the risk of these bedsores. None of this will require the involvement of a tired or distracted healthcare provider.

When computers fail, it is because their programmers failed. When a computer prescribes an overdose of medication, it is because the software developer did not include a module to check for possible overdoses. Admittedly, as long as a human has any part in the distribution of medications, there is always the possibility that the human will find a way to bypass the securities with in the computerized system. But assuming that such a bypass is effectively impossible, it will be possible to identify the cause of the error that led to the overdose, fix the code and then never experience such an error again. For the hundreds of thousands of patients who suffer the results of human error in their health care just in the US every year, this will be a divine blessing.

I guess that the only question remaining is whether the software developers get weekends and holidays off. It could very well be that in the next 20 to 30 years, the only reason for an error in medical care is because a programmer ran out of Jolt Cola.