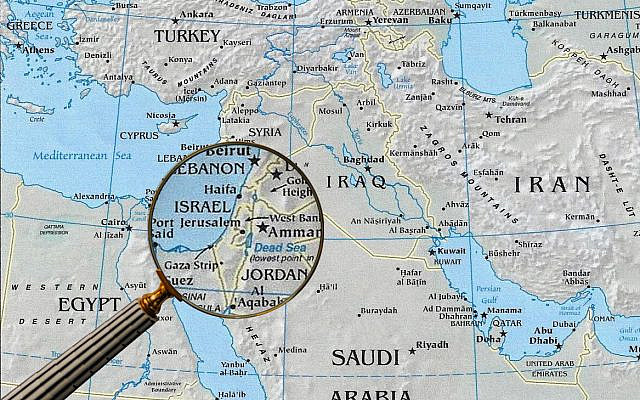 The ironic phrase ponders: “With friends like these, who needs enemies?”

In the past few weeks, the reaction from leaders in the American Jewish community regarding Israel’s latest democratically elected government has been disappointing. Looking for flaws, they scrutinized Israel’s election with a strong magnifying glass.

Israelis cast their ballots in record numbers and chose Benjamin Netanyahu to lead. The Parliamentary swing from the prior Left leaning Lapid-Bennett construct to the duly elected Right leaning coalition reflects the choice of the tax paying, IDF serving, terrorism-fearing citizens. It’s democracy in action.

Apparently, some American Jewish cohorts are not satisfied with the outcome and must share their catastrophizing. Three-hundred non-Orthodox rabbis signed a letter reminding the readers about their fears, the Meir Kahane aberration, and other sources of “irreparable harm.” The Jewish Federation of North America was quick to question the impact on Law of Return, Religion and State, curtailing minority rights, and the judicial system.

These PR-tailored missives all contained leading paragraphs of supportive platitudes before delivering to the critical low-blows.

Let’s get beyond the backseat driver’s proffered criticism and ask our “friends” a few questions.

-Have these same organizations spoken up about the many anti-Zionists ensconced high in the Biden Administration? Are these Jewish leaders not worried what dangers they can create in times of crisis?

-Could there be a Progressive bias that gives the Democrats the benefit of the doubt. Did we learn anything from the historically high support by Jews for President Obama’s rewarded with a terrible JCPOA Iran deal and his lame duck backstabbing support for UN Security Council Resolution 2334?

-Natan Sharansky’s 3D test of antisemitism includes (along with delegitimating and demonizing) the application of a double-standard. For Israel, the standard of comparison should be the sovereign nations in their not-so-democratic neighborhood. Both Israel and Bibi enjoy records replete with social justice progress. Don’t the Arab members on the Supreme Court and in the Knesset warrant some respect, and doesn’t an openly gay MK suggest Israel’s highly moral standards? Bibi has clearly promised that his party, Likud, will be firmly in charge…is that not good enough?

-Speaking of the 3D test, doesn’t Israel receive enough calumny from the United Nations? With the UN’s anti-Israel obsession, isn’t second-guessing the Jewish State somewhere between unkind and perverse? Aren’t there enough world-class haters for Israel to deflect, and wouldn’t some benefit-of-the-doubt be in order?

-There is a divide between American Jews and Israelis, and for many reasons, it is widening. It reflects two different democratic objectives and two different Jewish world views. It is driven by many issues including assimilated demographics, American political partisanship, and ignorance of very relevant history of the modern state of Israel. For the sake of Israel’s security, can’t American Jews respect the differences?

American Jews should recall their embarrassing absence of support for fellow European Jews during the Shoah. Contrast Peter Bergson (born Hillel Kook) with passive Rabbi Stephen S. Wise, a supplicant of President Roosevelt. Bergson, the heroic, gutsy advocate who traveled to America from British-occupied Palestine, was forceful and outspoken. Kook, albeit too late for millions of Jewish souls, in a desperate effort can be credited with the effective War Refugee Board and earned the support of many members of Congress.

Unfortunately, now it seems many Jewish organizations, hungering for political acceptance, are too quick to judge vulnerable Israel. Our enemies take note of self-deprecating, divisive behavior, and it emboldens them to attack with everything from antisemitism to missiles.

Are American Jews, from the comfort of their homes, going to be unhelpful critics or supportive friends? Quoting William Shakespeare, “Words are easy, like the wind; faithful friends are hard to find.”

About the Author
Alan Newman is a life-long supporter of the Jewish community and Israel. His commitment is evident with his hands-on approach and leadership positions at AIPAC, StandWithUs, Ben-Gurion University, Ethiopian National Project and Federation’s JCRC. He has traveled to Israel almost two dozen times and is an enthusiastic supporter of pro-Israel Christians including critical organizations like CUFI, ICEJ, USIEA and Genesis 123 Foundation. Alan’s compelling novel, GOOD HEART, published by Gefen Publishing House, is a multi-generational story about a Christian and Jewish family. He was a senior executive at Citigroup and holds two US Patents. He lives with his wife in West Palm Beach and enjoys time with his two sons and their families.
Related Topics
Related Posts
Alan Newman