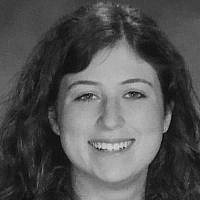 The Blogs
Alanna Margulies
Apply for a Blog
Please note that the posts on The Blogs are contributed by third parties. The opinions, facts and any media content in them are presented solely by the authors, and neither The Times of Israel nor its partners assume any responsibility for them. Please contact us in case of abuse. In case of abuse,
Report this post. 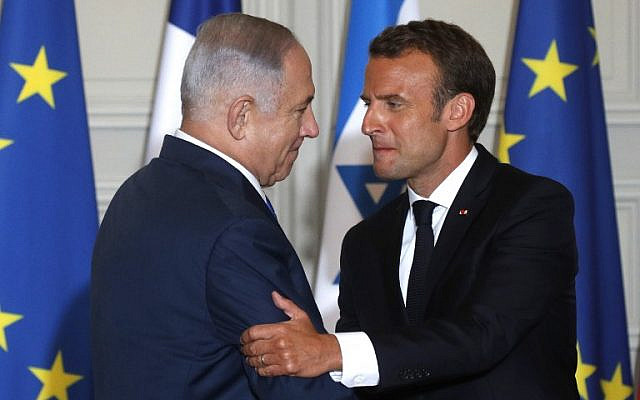 Recently, President Emmanuel Macron has been exerting influence in a region that France has largely avoided since the 20th century: the Middle East.  Over the past few months, tensions have heated up between Turkey and France, supposed NATO allies, who have supported opposite sides in the Libyan Civil War. France has backed General Haftar’s Libyan National Army in conjunction with Egypt, UAE, Russia, Saudi Arabia, and Sudan, and Turkey supports the UN-backed Government of National Accord.  France and Turkey have also clashed in the Mediterranean with France moving its navy in to aid Greece in a maritime dispute over potential gas and oil fields in the area.

France’s campaign for Middle East influence has not stopped at its engagements with Turkey.  Following the recent tragic explosion in Beirut and subsequent political unrest and resignation of Hassan Diab’s government, President Macron was the first head of state to visit Lebanon.  His visit was much more than a goodwill tour to a former colony and longtime ally.  Macron spearheaded collecting aid for Lebanon, hosting a video call with regional allies, major world powers, and NGOs to urge these actors to fast track financial aid to Lebanon in response to the disaster.  He has also made his hopes for the new Lebanese government known, proposing a “government of technocrats” to lead Lebanon out of crisis.

Last week French forensic police touched down in Beirut to investigate the explosion.  And Sunday, France took the unprecedented step of resuming issuing visas to Lebanese citizens, which it had stopped doing due to the coronavirus pandemic that has ravaged Lebanon. As one senior Lebanese political source told Reuters, “Since he came here, Macron is acting as if he is president of Lebanon now…which is not bad because there is nobody today to play this role internally. Nobody trusts anyone.”

Macron has taken a more active interest in the future of the Middle East than any Western power in the past few years, even the United States, who took a step back after prolonged conflict in the region.  While many have speculated as to what sparked this recent uptick in French involvement, it is also worthwhile to look at what it means for Israel, the country aligned with the West with the most stake in the region.

As of late, Israel has been on a mission to reconcile with its Arab neighbors, recently signing a historic peace agreement with the UAE.  Agreements with Bahrain and Oman are rumored to be in the works.  Could France be the key to Israel making peace with even more of its neighbors?

France, along with the rest of the EU, has had a mixed history with Israel, and they certainly have not proven to be Western allies that Israel can count on like the US.  However, now that Macron has broken from the EU and taken it upon himself to promote anti-corruption and stability in Lebanon and the surrounding region, Israel’s and France’s goals are more aligned than ever.  President Macron has repeatedly warned Iran against interfering following the recent crisis, a goal that Israel has pursued since the inception of Hezbollah in Lebanon and the 2006 Lebanon War.  Relations between Israel and Turkey have reached an all time low, with Turkish President Erdogan making a speech stating that history “will not forget and never forgive” the UAE for its normalizing relations with Israel.  While Macron joined his European colleagues in warning Israel against “annexing” parts of the West Bank, he was the only EU leader to qualify these warnings by expressing “his attachment to the friendship and confidence that links France and Israel.”  As France pursues goals in the Middle East that directly align with Israeli interests, this “friendship and confidence” could prove to be important in succeeding at stabilizing Lebanon and ridding the region of Iranian influence, an existential threat to Israel.

This alignment of interests could be the connection Israel needs to secure even more normalization agreements with Arab nations.  Through its involvement in the Libyan Civil War, France has aligned itself with the UAE as well as Sudan and Saudi Arabia, both of whom Israel are reportedly very close to reaching an agreement.  It could be a happy coincidence for France that Israel, in following the Trump Plan, is pursuing normalization with French Middle Eastern allies who have formed a coalition to challenge Turkey and rid the Middle East of Iran’s destabilizing influence.

Lebanese President Michel Aoun’s recent comments on French television are less likely to be a coincidence.  When asked about the UAE’s recent agreement with Israel, Aoun declined to criticize it, in contrast with both the Palestinians’ and Iran’s stance.  Furthermore, Aoun did not rule out the possibility of a similar Lebanese agreement with Israel, a prospect that has seemed impossible over the past few years as Hezbollah has become embedded in the Lebanese government.  In a country where little has happened recently without French encouragement or approval, it is hard to imagine that the Lebanese president, who made a deal with Hezbollah to get his position, suddenly became amenable to a friendly relationship with Israel on his own.

Only time will tell if President Emmanuel Macron will have the patience and resources to reach his lofty goals of expelling the destabilizing forces of Iran and Turkey from the Middle East and ridding Lebanon of turmoil and corruption.  However, if Macron is truly up to building a coalition and pursuing these monumental tasks, he has the opportunity to secure a fully invested partner, Israel.  Based on Israel’s recent sprint towards normalization with its neighbors after years of attempting to negotiate, France could go a long way in suring up Israeli support by facilitating discussions between members of their coalition and Israel.  France’s current path in the Middle East has the potential to create a newfound Franco-Israeli partnership that is crucial for both countries to achieve the stability and peace they are seeking.

About the Author
Alanna Margulies is a junior at Johns Hopkins University in the International Studies program and a foreign policy fellow at the Endowment for Middle East Truth, a pro-Israel and pro-American think tank and policy institute in Washington, DC.
Related Topics
Related Posts
Comments