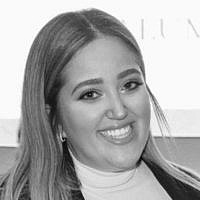 The Blogs
Liel Zino
Apply for a Blog
Advertisement
Please note that the posts on The Blogs are contributed by third parties. The opinions, facts and any media content in them are presented solely by the authors, and neither The Times of Israel nor its partners assume any responsibility for them. Please contact us in case of abuse. In case of abuse,
Report this post. 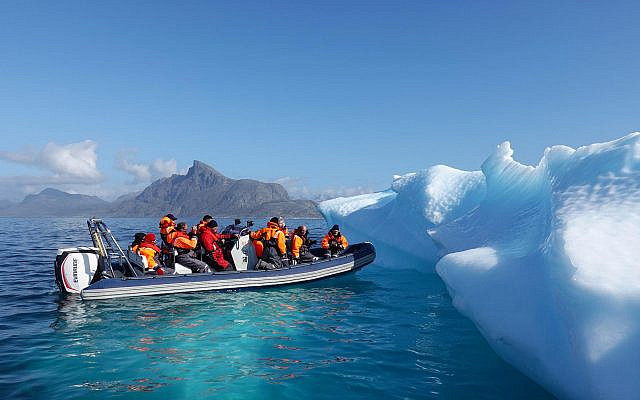 Last weekend we remembered the annual earth day. It’s not a secret that our earth has been going through a persistent climate change that has brought us all to a breaking point. From rising sea levels, growing temperatures, melting glaciers, and wildfires- the last few years have proven to be more natural disasters oriented than any before. Yet, As the frequency of these natural disasters grows and an increasing number of people are forced to flee their homes and search for a refuge, Israel’s policy still fails to address this issue.

The climate refugees’ issue has been a disturbingly growing phenomenon in the last few years as Small Island nations like the Maldives or Kiribati are slowly buried under the rising sea levels and lose most of their habitable lands, causing their citizens to flee to nearby countries in search of shelter. Alongside that, the rapid rise in temperature has been causing more and more land around Africa almost unbearable to habitat, causing major internal displacements across the continent.

In 2021, the Australian think tank IEP predicted that this would only increase in the future as at least 1.2 billion people would probably be displaced by such climate disaster events by 2050. Whilst some countries around the world have been successful in building a good environmental policy addressing both climate change prevention and the climate refugees’ issue, Israel has failed to do so, leaving the climate refugee crisis without a proper solution.

According to the International Monetary Fund, data collected from the past century indicates that the temperatures in the Middle East have risen by 1.5°C, double than in the rest of the world. Moreover, the same data indicates an increase in the Mediterranean Sea levels standing at approximately 60 cm. This has a major effect on Israel’s close neighbouring countries such as Lebanon and Egypt, but not only so, as the continuation of such a thing would definitely bring new political, social, and economic ramifications in the entire region.

With that being said, it is clear that in the possibility of such drastic regional change, Israel is in a disadvantaged position both due to its small size and its special characteristics. For example, Egypt today is home to more than 102 million people. In the very possible occasion of a climate disaster in Egypt, even if only 1% of Egypt’s population would flee to Israel, it still means that Israel would be forced to receive 1.2 million people into its society. In comparison, the sudanian immigration wave to Israel between 2007-2012 was estimated at 65,000 refugees, a much smaller scale, and yet Israel has failed to manage their integration properly.

This might not only be a major issue for Israel’s security as a Jewish country but also serve as a severe burden on Israel’s economy. Absorbing such a large immigration wave into Israel’s small and dense population can easily lead to inflation, as the Israeli economy isn’t prepared to provide for such increased demand, and the current supply of housing, water and food is already short in certain aspects.

The ministry of environment must act now and cooperate with our neighbour countries in order to obtain a regional policy with practical actions both to prevent any escalation of the climate change but also to address the climate refugee’s crisis. By advancing regional co-operation and coordination, expending the Green-tech industry, and creating mutual crisis plans, restrictions and limitations, Israel and the entire region would be able to tackle this growing issue in the best way possible and come prepared for whatever challenge the future holds.  Without taking such an action soon, we might find ourselves dealing with another threat to the current regional order knocking on our border.

About the Author
Liel Zino was born and raised in the city of Eilat. Her experience growing up in Israel’s extreme periphery shaped her core, leading her to join the Israeli ministry for digital affairs, where she took part in a national program to end inequality in Israeli through e-governance. Liel is currently a B.A student for government and diplomacy and Reichman university, where she is also a fellow in the Argov fellowship for leadership and diplomacy.
Related Topics
Related Posts
Comments