The Blogs
Tzvi Fishman
Torah Commentator, Novelist, and Film Director
Apply for a Blog
Advertisement
Please note that the posts on The Blogs are contributed by third parties. The opinions, facts and any media content in them are presented solely by the authors, and neither The Times of Israel nor its partners assume any responsibility for them. Please contact us in case of abuse. In case of abuse,
Report this post. 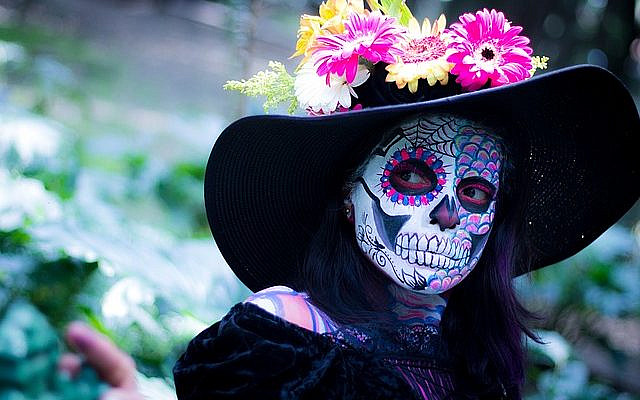 While it was comforting to return to prayer services in our local Jerusalem synagogue for the holiday of Shavuot and Shabbat, and not have to pray at home, where shul-goers have been quarantined for the past few months, I couldn’t help but notice that everyone sported a mask. While it seems this unreal, Fellini-like scene, is something which we may have to get used to, it may me wonder, “What the hell is going on?”

Before I let Rabbi Kook answer the question, allow me a short introduction.

Because I have family and friends in America, I look at the websites of The New York Times, the Miami Herald, and the L.A. Times a few times a week, to see what is happening in the United States. Usually, each of the newspaper front pages features a photo gallery of Corona pics from around the country, and from around the globe. Common to all of the photographs are pictures of people wearing masks. Everywhere, in every town and city, wherever you look, people are hiding behind their masks. What is going on, you wonder? What has happened to the world?

In addition to the photo galleries, the newspaper websites all have op-ed columns where readers can express their thoughts and opinions. There you will find essays about how the Corona epidemic has influenced America and the world: articles about the race to find a vaccine; about Corona’s effect on Wall Street and world economy; on its disastrous effects on the job market, sports, movie-going, tourism; low-income neighborhoods; dating; and COVID-19’s possible effects on the upcoming U.S. Presidential election. In the cyberspace marketplace of opinions and beliefs, you will find everything except an essay about Corona and God. The Master of Heaven and Earth isn’t to be found on the front pages, which may not be so strange, considering that He is hiding Himself behind the mask of Corona. It is as if the Creator of the World doesn’t exist. One day, around the holiday of Easter, there was an op-ed headline in The New York Times about God, but it turned out to be about Jesus.

When you scroll down the page of these leading American newspapers, you will find all of the usual pre-Corona type articles about mega-business deals, President Trump’s latest outrage, bizarre murders, city-government corruption, celebrity affairs, sports, and the like, as if the nasty and inconvenient world epidemic is only a temporary interlude in world history before life carries on as usual with all of its commonplace moral turpitude and vanity.

The secular newspapers in Israel are not much different in their secular perspective. Here and there, a rabbi will have the chutzpah to mention God in connection with Corona, but compared to the brunt of the website, such theological items appear maybe once in every 20 articles, mainly to placate the tabloid’s religious readers.

True, once in a while, President Trump or Bibi mention God in their talks to the nation. On one occasion, Trump said: “Some people believe the coronavirus is an act of God. I don’t believe that. The virus was started by the Chinese.” And while Bibi will add, “with the help of God,” to wrap up his public statements about the battle to contain Corona, he certainly doesn’t call for the citizens of Israel to return to the Torah in T’shuva. In Israel, like in America, everyone is eager to get back to business as usual, without having to bring God into the world in any way that would spoil the party.

Nonetheless, something out of the ordinary has fallen over humanity from out of the sky. People, all over the world, are wearing masks. What has happened, and how long will this surreal situation continue?

In his book, “Orot,” Rabbi Kook describes how idol worship and heresy spread darkness and immorality over the face of the Earth, severing mankind from the Creator. He explains that the heresy rampant in the modern Western world today stems from Christianity which substituted the one-and-only true pathway to God, the Torah, with its false religious doctrines and empty platitudes which lack the power to rectify man’s penchant for evil and convert it to good, thus shrouding humanity in moral darkness and inner despair. Rabbi Kook explains that with the passing of generations, and with the ever-present denigration and oppression of God’s true Chosen Nation, Israel, the heresy increases until the Nation of Israel returns to its full material and spiritual greatness with the gradual rebuilding of the revitalized Jewish Nation in the Land of Israel. Then, in accord with Biblical prophecy, the peoples of the word will flock to Jerusalem to learn the teachings of the Lord. Rabbi Kook writes:  “Then the foggy darkness and mask will be removed from the face of all people, and the falsehood of Christianity will be recognized, a counterfeit coin which blinds the eyes and depresses the soul, fostering outbursts of murder, war, and every atrocity, until it will be declared: ‘To You, peoples shall come from the far corners of the Earth, ant they shall proclaim, ‘Our forefathers bequeathed to us an inheritance of falsehood and emptiness.’ The Lord alone will be exalted on that day, and idolatry will completely vanish…and the Earth shall be become filled with the recognition and knowledge of God as the waters cover the sea,’” (Orot, Israel and its Revival, 15).

When will the masks be removed? When the nations of the world come to recognize that Israel is the one-and-only Holy Nation chosen to reveal the word of God to the world. Needless to say, that exalted recognition can only come when Israel itself removes its mask and returns to its inner holy essence – purveyor of the principles of Divine righteousness and morality which it received at Sinai. Only then will the reborn Israelite Nation in Zion be able to remove its mask of being a secular nation, by becoming who we truly are – a kingdom of Kohanim and a holy Nation, graced by Divine light and blessing. Then all of the peoples of the Earth will cast away their masks of false religions and heretical beliefs and seek the true pathway to God from the House of the Lord in Jerusalem.