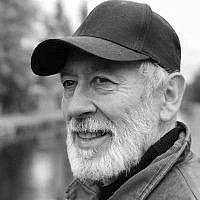 In the West, it was widely assumed in the 1990s that glasnost and perestroika—the movement for openness and reconstruction overseen by Mikhail Gorbachev—would lead Russia from the repression of the Soviet era to what Vaclav Havel, first president of the newly liberated Czech Republic, described as the “irreversible, albeit immensely complicated, road to democracy”.

Following the attempted poisoning in England last week of Sergei Skripal and his daughter using a weaponised nerve agent, the idea that Russia under Vladimir Putin is capable of democratic normalisation looks increasingly fantastic. Every statement made by officials of the Russian government about the poisoning reveals a condition of institutionalised psychopathy. Vox pops recorded by the BBC on the streets of the Russian capital exhibit similar tendencies.

First Russian reactions to news of the poisoning, which took place on 4 March while Skripal’s daughter Yulia was visiting him from Moscow, were to treat the attempted killing as deserved, or at least, not undeserved—an unexceptional consequence of Skripal’s treachery as a double agent.

When the finger of blame was pointed in Russia’s direction, before definitive evidence had been produced (as it now has) that the nerve agent used against Skripal was a Novichok compound of Russian origin, Russian politicians and diplomats responded as if it was Russia that was the injured party, and complained that British allegations merely illustrated the UK’s Russophobia and obsession with James Bond.

When the former chief of London’s police force suggested re-examining the deaths of 14 Russian exiles in London that have taken place over the last fifteen years, Russian broadcasters made fun of England as a supposed haven for Russian exiles and Kremlin critics to live in.

“Something is not right [in England],” said the anchor of a news programme on Russia’s flagship TV station, Channel One. “Maybe it’s the climate. But in recent years there have been too many strange incidents with a grave outcome. People get hanged, poisoned, they die in helicopter crashes and fall out of windows in industrial quantities.”

Since then, Russian parliamentarians and diplomats have accused Britain of exploiting the attack on Skripal to impose anti-Russian sanctions that they allege the UK had been wanting to enact anyway.

And, eight days after the poisoning, the former head of Aeroflot, Nikolai Glushkov, has just been found dead in his home, in circumstances similar to those of his former associate, the oligarch Boris Abramovich Berezovsky, who died oddly in 2013.

On Tuesday, 13 March, the British Home Secretary Amber Rudd criticised Russia for being childish and provocative in its public comments, but the accusation of childishness does not go far enough. In the face of what US intelligence officials suspect is a pattern of killings (and one that may involve another 13 deaths) by Russia’s security services or mafia groups (“two forces that sometimes work in tandem”, according to the website BuzzFeed News), Russian responses have been defensive, assertive, accusatory, egotistical, mocking, simpering—but, most importantly, lacking any moral judgement or empathy.

Irrespective of what Skripal may have done while spying for the UK, he served four years of a 13-year sentence in prison before being freed in an exchange of spies in 2010. Following the attempt to kill him by destroying his nervous system, what one has looked for from the Russians is any sign of human feeling at what he has suffered: shock at the very idea of death, or of killing as an instrument of political or commercial intimidation or retribution, horror at how Skripal’s attempted assassination was carried out, at the collateral harm caused also to his daughter and to the member of the police who came to his aid, and, potentially, to others in the vicinity of the crime scene.

There has been no such reaction, just as there has been none in respect of the 14, and possibly 27, other Russian exiles who met their deaths in suspicious and as-yet unexplained circumstances in England: Berezovsky, found supposedly hanged in his bathroom in 2013; his business partner Badri Patarkatsishvili and their acquaintance Yuri Golubev, both of whom died of apparent heart attacks in 2008 and 2007; two British lawyers who worked for Russians and died nastily in 2004 and 2006: and Alexander Litvinenko, poisoned with radioactive polonium-210, allegedly by Andrey Lugovoy, who is now a deputy of the lower house of the Russian parliament.

In place of this lack of human sympathy, one has seen reactions that are entirely sociopathic—laughter, mockery and sarcasm. People get hanged or poisoned: hilarious! They die in helicopter crashes and fall out of windows “in industrial quantities”: hysterical!

In any sentient society, such reactions would be seen as signs of a deep sociopathic disorder. The right reaction—the normal reaction in a democracy—would be to feel sadness for any deaths and sorrow for those close to the deceased, then to express that sorrow, and then to wish to help identify and bring the culprits to book.

Even if Russian leaders don’t for some reason feel this, any competent PR consultant would advise them that, to win hearts and minds, it’s worth faking at least a tone of sympathy. Instead, the authorities have expressed no interest in wanting to discover the truth (which at the very least suggests prior knowledge or complicity), only hyperbolic expressions of their own innocence.

This, in short, is the behaviour of the bully—the product, perhaps, of decades of abuse by bullies before them, but a behaviour which the Russian authorities now seem to be ramping up rather than recognising and stepping back from.

Is it that Russia doesn’t want to win hearts and minds? It certainly does—but, having become so habituated to conduct that is destructive of others and itself, its route to rehabilitation comes at too much cost in terms of loss of face. Bullies cannot admit to being wrong. It’s too humiliating. Far easier—and this is Russia’s current chosen path—to become even more of what one is already because, for the psychopath, this seems like strength.

The Russians’ latest joke is the use by its foreign ministry of the hashtag #HighlyLikelyRussia on social media, to ridicule the British Prime Minister’s statement in parliament that Moscow was “highly likely” to have been responsible for the attack on Skripal.

The hashtag has been used by the ministry to list lots of funny things to blame Moscow for, including the recent snow in the UK, together with its “sincere thanks” for Mrs May’s enlightenment.

Three days ago, Theresa May gave the Russians until midnight on 13 March either to offer an explanation for Skripal’s attempted killing or to explain how a rare weapons-grade nerve agent dating back 30 or 40 years got into the hands of non-state actors. Apart from blaming the Ukrainians—once regarded by Russia as loyal Societ allies, now seen as the cartoon fascists next door from whom ethnic Russians living in Crimea needed rescuing—Russia did not respond to the challenge.

Mrs May’s deadline has ominous echoes of another failed deadline 69 years ago. At 11.15 a.m. on 3 September 1939, the then British prime minister Neville Chamberlain announced on the BBC: “This morning the British Ambassador in Berlin handed the German Government a final Note stating that, unless we heard from them by 11 o’clock that they were prepared at once to withdraw their troops from Poland, a state of war would exist between us. I have to tell you now that no such undertaking has been received, and that consequently this country is at war with Germany.”

Vladimir Putin’s exploitation of the West’s preference for a peaceful life mirrors exactly the techniques used by Adolf Hitler to extend his control over Europe, brutalise his opponents, and justify his actions by pleading the victim.

With the passing of Mrs May’s deadline this morning, one has to wonder whether a state of war now exists between the UK and Russia.

About the Author
Stephen Games is a designer, editor and award-winning architectural historian, formerly with the Guardian, BBC and Independent. He was until spring 2018 a member of the Board of Deputies of British Jews, has been involved in synagogue activism for many years, and is in his spare time editing various volumes of the Tanach.
Related Topics
Related Posts
Stephen Games
Comments