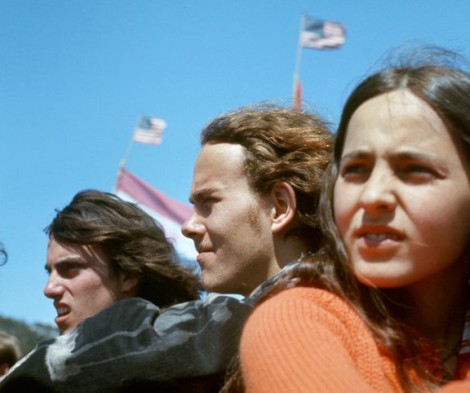 A 23-year old girl made aliyah on December 3, 1978. There was a catch. She was born in Israel. But her father took her to the United States when she was too young to know the difference. Her mother was already gone. But that’s another story.

When that girl was still in grade-school, she watched The Wizard of Oz on television every year, secure in the knowledge that if only she clicked her ruby slippers three times, she could go home.

She believed that somewhere over the rainbow there was a place based on values, Labor Zionist values; a place where people lived communally on kibbutzim; a place where she would not be poor and have to take ketchup sandwiches to school for lunch. A place where her father would not die at age 42 of a broken heart and inadequate health care.

When the girl was in high school, she became deeply political. Like many of her 60s-era peers, she marched in every Vietnam moratorium and adopted Black Panther leader Eldridge Cleaver’s line that “You’re either part of the solution or you’re part of the problem.”

But unlike those marching beside her, the girl shouted back to the hecklers who advised her, “America – love it or leave it.” She informed them that she indeed intended to leave – to that better place.

The girl studied nursing and moved to a kibbutz. She devoted her career to making this a better country for the have-nots. And when she discovered – to her horror – that many, many Arabs did not have anything resembling adequate health care, she devoted most of her career to them.

Last month, when the cabinet approved the Jewish-Nation bill, the girl – now a 59-year old woman – asked herself, “Would that girl have made aliyah now?” The answer: Hell, no.

Now that girl sees the possibility that a religious-rightwing government could vote in what she could not deny was apartheid.

Would she make aliyah now? Never. She would not even visit. That girl is me.

Am I leaving? Hell, no. You’re either part of the solution or you’re part of the problem.