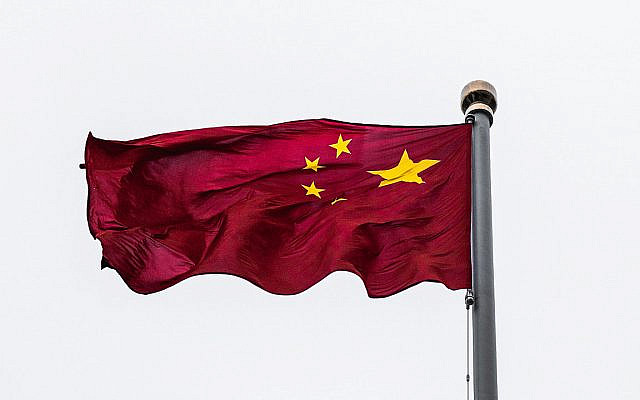 Photo by Alejandro Luengo on Unsplash Unsplash free use license.

A continuation of my previous blog post on Surveillance State: Democracies and Autocracies.

Chinese President Xi Jinping is expected to visit Saudi Arabia on Wednesday at a point where he seems to be challenged on all sides. Just in October, he was elected for a third mandate at the Chinese Communist Party’s (CCP) 20th congress. He had spent the entire period of the pandemic in China, possibly preparing for this election, purging opponents and consolidating power. China had also created global panic about the pandemic. Even if it is no longer mentioned in mainstream media, one of the primary reasons COVID 19 spread ruthlessly was due to Xi’s attempts to cover up its existence in the initial days. Not only did China successfully wipe any information about the diseases origins, the coverup cost the world precious time and lives of thousands as a vaccine and cure were delayed. Ethiopian bureaucrat, Dr. Theodros Ghebreyesus, the Secretary General of the World Health Organisation (WHO) who owes his election to Chinese support, kept repeating the official account that China supplied, until it was too late.

However there are now cracks in Xi’s perfect world. At the heads of state G20 summit in Bali, China had to let it slip that in February the Russian President had not informed them of his military operation in Ukraine. His “no limit” friendship with Vladimir Putin was falling through the cracks. Just when he had turned a leaf over on the international arena, unprecedented protests started from Urumqi, capital of Xinjiang, where Xi’s regime is carrying out a genocide against the ethnic Uyghurs. Protests have spread nationwide with slogans asking Xi and the communist party to quit. For the first time, the Chinese foreign ministry’s spokesperson was out of words, unable to explain stringent COVID measures and the protests.

From his time in Pakistan to the present day, Zhao Lijian has rarely been at a loss for words. Until apparently now…
pic.twitter.com/a9DwmNr7SK

At the same time, Safeguard defenders , a Madrid based organisation, has exposed Chinese surveillance in over 54 countries with over 100 Chinese “police” stations in western countries including Canada, USA, Italy, Holland, Croatia, Serbia among others. Usually setup as liaison offices in agreement with the host countries, these police stations act as intelligence hubs to gather information on dissidents, foreign nationals who may be speaking up against China and to intimidate the Chinese diaspora. On several occasions these stations have been known to “convince” critics of the regime, Chinese exiles, to return to China by holding their families hostage. While the Chinese Ministry of Foreign Affairs claims that these centers are administrative coordination centers staffed by volunteers, one police network reporting the the Ministry of Public Security of China had hired 135 recruits for its first 21 centers.

China runs a global network of more than 100 secret police stations, according to @SafeguardDefend. @rhokilpatrick speaks to @LauraHarth to learn more. pic.twitter.com/WJDaawEmWE

Italy hosts 11 police stations and the public outrage at this news has led to the Italian secret services to announce that they have been monitoring these centres for quite a while. The Italian Ministry of Interior is yet to comment on why these centres have been allowed to be run in major Italian cities with a large Chinese population including Rome, Milan, Prato and Naples and also to what other data has been collected by these centers on non-Chinese nationals.

Such is the shock at this revelation that it has been quickly followed by reports of China’s Tiandy selling surveillance equipment and technology to Iran. Tiandy is one of several Chinese companies at the center of China’s vast domestic surveillance network, experts and human rights advocates say. Tiandy says it provides facial recognition software to Chinese authorities designed to identify Uyghurs or other ethnic minorities, as well as “smart” interrogation tables, NBC news reports. The Islamic republic will be using Tiandy’s technology to identify protestors and target them. In Italy, where the Draghi government had made special efforts to remove China made or powered telecamera from public surveillance projects, cameras from Dahua have shown up again on the public procurement platform. This continues to show the dangers of China’s attempts at infiltration and espionage worldwide. On one end, it tries to export its type of governance, with repression to countries like Iran and autocracies in Africa, on another end it seeks to intimidate dissent in the democratic world, especially in its own diaspora.

Embattled, after this latest public relations disaster, Xi now travels to Saudi Arabia to try and gather a new alliance with Gulf absolute monarchies. His visit will also consist of three regional summits. Saudi Arabia’s de-facto ruler, Prince Mohamed bin Salman, is guilty of ordering the murder of journalist and Saudi dissident Jamal Khashoggi in Istanbul. Qatar, which has built its world cup celebrations on the back of migrant workers in almost slave like conditions is not a stranger to human rights abuses and state surveillance. Qatar’s FIFA stadium was built by China Railway Construction Company (CRCC), which regularly uses Uyghur slave labor as well as builds prisons and other infrastructure for repression.

Xi is now seeking a larger consensus to support his claim to be a global superpower. While cracks appear in China and the world has started shunning the Asian dragon, if the Middle East and Saudi Arabia will stand by him at this time will make a difference to his political survival.

This information now in public domain is more the reason why the European Union needs to stop pandering to Xi Jinping, much as they did to Vladimir Putin 10 years ago. Europe hasn’t learnt its lessons from World War II. Bullies and dictators when pandered to, cause world wars. Putin almost has, Xi probably will.