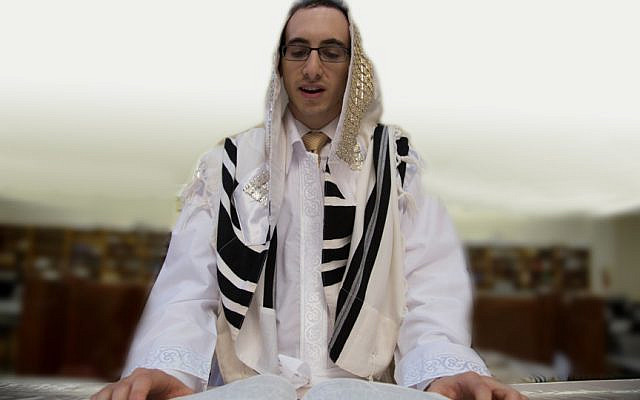 What did this year’s unusual Rosh Hashana and Yom Kippur davening – with most communities with observant Jews having organized multiple minyanim in various locations – have to do with day school education?

A lot … and I will explain.

In Stamford, CT, where I live, we had no less than a dozen minyanim at different times and locations across the community on both days of Rosh Hashana and Yom Kippur.  And it’s likely I may have missed counting a makeshift minyan or two.

In larger communities like Teaneck and the Five Towns, that number was probably five to ten times the figure we had in Stamford.

Kudos to all of our respective community leaders for organizing small and safe minyanim that allowed the many folks who wished to daven b’tzibbur to do so in a safe manner.

But think about it – each minyan required a ba’al shacharit and a ba’al mussaf familiar with the High Holiday nussach and capable of leading services … a ba’al koreh comfortable with the special trup … a ba’al tokeiah skilled at blowing the shofar … and a makrei with an expertise on the laws of shofar blowing.

That is a lot of highly educated and qualified people that were needed to conduct these smaller-sized minyanim in a dignified and proper way.

And it could never have happened if we did not have three generations of our families alive now who have been educated in our day school system.

Had this terrible pandemic happened 60 years ago, there is no possible way we could have organized as many minyanim as we did this High Holiday season … not because someone might not have thought about it as a possible solution, but because there simply would not have been enough people capable of leading so many services.

Sixty years ago it was rare for anyone except a professional chazzan to lead any service at a minyan, let alone a Rosh Hashana or a Yom Kippur service.  Youngsters were just beginning to attend day schools in large numbers, and the Hebrew schools that most kids attended were certainly not teaching how to be a ba’al tefila or a ba’al koreh.

Today it’s a very different situation.  We have a highly educated group of congregants who are not only able to learn advanced texts at a very high level, but who also can conduct services and lein in a proper fashion.

I was on the committee in our community that was charged with finding capable ba’alei tefila along with those who could read the Torah and blow the shofar for the many minyanim we had planned.  I won’t say it was easy, but we accomplished our goal – mainly because we started with such a large pool of potential individuals who we felt could do the job.

Sixty years ago it would have been impossible.

Those who might have been used to hearing a professional chazzan with a magnificent voice lead the davening this year may have been slightly disappointed.  However, I can tell you that all of the folks we asked to lead services at the multiple minyanim that we organized were quite capable, and did their job admirably.

And they likely could not have done it without the training they received at whatever day school they attended.

There is a small downside to this positive development.  The need for chazzanim who are trained in leading our services has almost disappeared.  There are probably not more than a couple of dozen full-time cantors at Orthodox shuls in America today.  A couple of generations ago, that number was at least ten times that.  Today you probably don’t want your son to become a professional chazzan because the chances of him getting a full-time job are slim.

Still, this seems like a small price to pay when you consider that in any given Orthodox minyan today, you can virtually guarantee that someone there is able to lead services and lein.

And I do credit our day schools, which have helped develop multiple generations of students to be familiar with the nussach, the trup, and the melodies of our tefila … both by teaching the skills needed to perform the task of leading services as well as encouraging their students to love and appreciate going to shul and davening with a minyan.

So thank you to our current and past day school teachers and administrators who have helped develop a very educated group of balabatim.

No doubt we could not have managed to organize so many small and safe minyanim this year for Rosh Hashana and Yom Kippur without you.