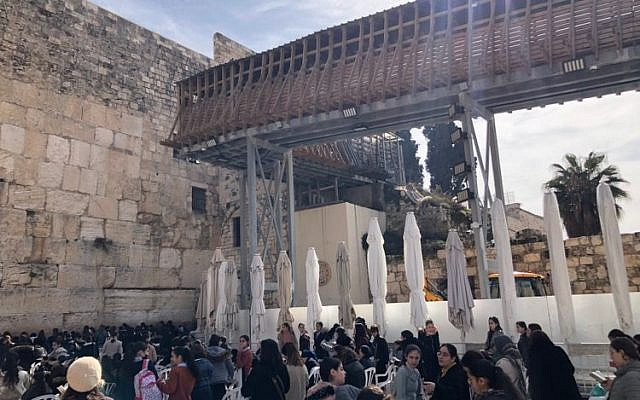 Parshat Pekudei, the last Parsha in the Book of Shmot is very moving. After reading about all of the contributions that B’nai Yisrael made to the Mishkan (Tabernacle), it is finally completed and ready to be dedicated on the First of Nisan.

The Haftarah is exciting as well. The Beit HaMikdash is completed and the inauguration is on Sukkot. The Aron, the Ark with the Luchot, The Ten Commandments that Moshe brought down from Mt. Sinai are inside.

How did B’nai Yisrael feel about going up to the Beit HaMikdash on the Shalosh Regalim- Pesach, Shavuot and Sukkot?

According to Rav Yisachar Yaakovson, the answer can be found in the book of Tehilim, including Psalm 84:2-4 where their yearning for the Beit HaMikdash is described:

How lovely are your dwelling places, O Lord of hosts. My soul longs, indeed, it pines for the courtyards of the Lord: My heart and my flesh pray fervently for the living God. Even the sparrow has found a home, and the swallow a nest for herself, where she may lay her young. O to be at Your altars…

The group of Psalms which begin with the words Shir HaMaalot (Tehilim 120-134)- are interpreted by Radak to be about Aliya- Songs of thanksgiving about immigration to Israel from the exile.

Although we don’t have the Beit HaMikdash, in Jerusalem today, we can still get a taste of how B׳nai Yisrael felt at the dedication of the Mishkan in the desert and the later the inauguration of the Beit HaMikdash in Jerusalem. On the Shalosh Regalim, the Kotel is packed with visitors from all over the world who are yearning for a chance to squeeze in and pray at the footsteps of our holiest site, Har HaBayit, the Temple Mount.

On the morning of Yom Yerushalayim, Jerusalem Day which commemorates Israel’s victories in the Six Day War including Israel’s control over the Temple Mount, The Kotel and the Old City, there is passion in the air. Religious Zionist teenagers fill the Kotel plaza reciting Hallel with a blessing, reading the special Haftara of the day and singing and dancing.

On Yom Yerushalayim, it is extremely sentimental to be standing in the Old City of Jerusalem and reciting Psalm 122, Shir HaMaalot L’David Simachtim B’Omrim li Beit HaShem nelech:

A Song of the Ascents. Of David. I rejoiced when they said to me,
“We are going to the House of the LORD.” Our feet stood inside your gates, O Jerusalem. Jerusalem built up, a city knit together, to which tribes would make pilgrimage, the tribes of the LORD, as was enjoined upon Israel
to praise the name of the LORD. There the thrones of judgment stood,
thrones of the house of David. Pray for the well-being of Jerusalem;
“May those who love you be at peace. May there be well-being within your ramparts,
peace in your citadels.” For the sake of my brethren and friends,
I pray for your well-being; for the sake of the house of the LORD our God,
I will request good for you.

May we merit to participate in the inauguration of the Third Beit HaMikdash.