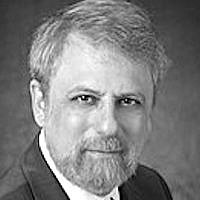 The Blogs
David S. Levine
Apply for a Blog
Advertisement
Please note that the posts on The Blogs are contributed by third parties. The opinions, facts and any media content in them are presented solely by the authors, and neither The Times of Israel nor its partners assume any responsibility for them. Please contact us in case of abuse. In case of abuse,
Report this post.

The “Palestinian State” issue should be considered the most successful Public Relation campaign ever. From Roman times up until about 1964, ‘Palestine’ always referred to ‘Israel,’ whether under Byzantine, Ottoman, or British Mandate times. Arabs who lived in the area never referred to themselves as ‘Palestinians’ but as part of the greater Arab population. The PLO usurped that title, claimed it as their own, created a false history, and demanded a single Jew-free state (“from the river to the sea”). The success of this campaign can be seen as one democratic European country after another votes to support this made up concept.

Evil has clouded everyone’s minds. A democracy that answers to a higher authority is losing to organizations and governments that: promote terrorism, violence, violate every Geneva Convention Article, totalitarianism, and more. And we can’t understand why or how smart people in leadership positions in other democratic governments are supporting this dark side.

Furthermore, the Arabs have boxed themselves into an uncompromising position of right-wing radicalism by the Khartoum Resolution of September 1967, which became known as the “Three No’s”: “no peace with Israel, no recognition of Israel, no negotiations with Israel.” This inflexible concept became fundamental to PA, Hamas, and others’ charters, maps, incitement, education, and propaganda. No Arab leader, no Arab organization, no Arab individual could suggest otherwise and hope to live.

Over the recent decades Israel has done poorly to combat this long-running Public Relations campaign. Some contributing factors are: Israel knows it is in the right and need not explain; nobody would believe their lies; too busy defending Israel from wars and terrorism; haphazard or unfocused attempts without professional marketing help or significant budget because Israelis know best; etc. Recently there has been some concerted effort at “Hasbara” (positive messaging), but it woefully lacks a Madison Avenue Advertising spin and singularity of message. In other words, catchy, simple, memorable, and easy to understand.

The simplicity of the “Three No’s” and constant propagandist unchallenged statements compared to perhaps the more complex historically accurate story of Israel is, quite frankly, a difficult sell. Therefore, we need to develop a simple, clear, positive, understandable message; and as Hillel said ‘The rest is commentary.’

The challenge is to finally confront the “Three No’s” position on logical, realistic, and political levels. In front of the world to the Arab world we must ask: How can you demand negotiations, borders, and more, if you don’t recognize Israeli/Jewish legitimacy and deny history? How can you mutually exist in true peace if you are constantly threatening and teaching Israel’s destruction? How can you negotiate from intransigent unrealistic positions?

Israel has been calling for recognition, end to incitement, and compromise in negotiations. But it gets lost by complex presentations and being twisted around by its enemies. And Israel tries to explain; which only serves to further confuse and deflect.

Our messaging needs to be more challenging, straight forward, simplistic, and direct. Claims and statements must be constantly challenged and refuted at every opportunity. Attempts at our enemies’ credibility must be put into doubt and questioned constantly.

One simple (although, not easy) non-threatening non-defensive way is the Socratic Method; relentlessly ask questions and seek truthful answers. Put the enemy on the defensive. Keep asking those questions over and over; challenging them to support their answers with facts. Until the “Yes. Yes. Yes.” statements are honestly addressed by those who call themselves “Palestinians” and their supporters, the world will know Israel is the light unto nations.