Zechariah was a prophet of visions. Angels presented him with symbolic images, asking him to interpret them. Generally, he was baffled by the vision’s significance until the angel explained it to him. In the last of the visions in this week’s haftarah, Zechariah is symbolically awakened by an angel: “The angel who talked with me came back and woke me as a man is wakened from sleep. He said to me: ‘What do you see?’ And I answered: ‘I see a menorah all of gold, with a bowl above it. The lamps on it are seven in number, and the bowls above it have seven pipes; and by it are two olive trees, one on the right of the bowl and one on the left.’ I, in turn, asked the angel who talked with me: ‘What do these things mean, my lord?’ ‘Do you not know what these things mean?’ asked the angel who talked with me; and I said: ‘No, my lord.’ Then he explained to me as follows: ‘This is the world of the Lord to Zerubbabel: ‘Not by might, nor by power, but by My spirit’ said the Lord of Hosts.’” (4:2-6)

Zechariah’s generation was confronted by a quandary. They had just returned from the Babylonian exile after seventy years. Life was rough going. There were great debates over the community’s priorities and there was a lot of insecurity. Rabbi Yosef Kara, a younger contemporary of Rashi (12th century France), clues us in on what this vision might really be about and how it captured the people’s insecurity: “Initially when the work of rebuilding the Temple had ceased, there was despair of [ever rebuilding it], since there were those who contended that it should not be rebuilt, [as we learn from Zechariah’s contemporary, the prophet] Haggai: ‘[Thus said the Lord of Hosts: There are people who say: The time has not come for the rebuilding of the House of the Lord.] And the word of the Lord through the prophet Haggai continued: Is it a time for you to dwell in your paneled houses, while this House lies in ruins?’ (Haggai 1:3-4)” Kara sees Zechariah’s message as a response to this question: “The angel came to Zechariah to awaken us from our sleep, that we should no longer despair [rebuilding it] …” (adapted)

We learn from this account that the people were unsure of their future and how to shape it and it caused them to sink deep into despair. For Zechariah’s generation that meant that Shivat Zion (the return from exile) might never have rebuilt the Second Temple community and the exile might have continued into perpetuity. In our days, it could mean that the Jewish communities outside of Israel might succumb to the forces pulling people away from Jewish faith and life. In Israel, it could mean being overwhelmed by all the naysayers who come to undermine the great Jewish experiment in controlling our own fate as a people. The angel has an important message for those who would give in to despair and lose the optimism necessary to carry on: “Not by might, nor by power, but by My (God’s) spirit’ said the Lord of Hosts”.  Faith in God will inspire us to do what is right and to carry on the mission of Shivat Zion despite the obstacles. 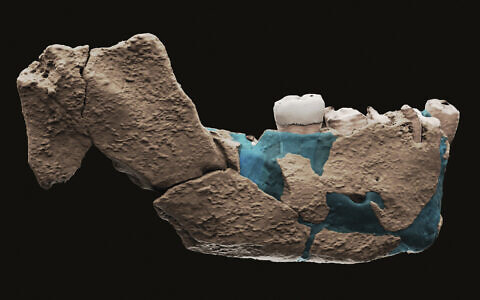 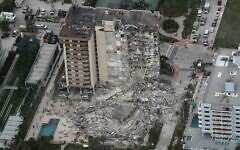