The Blogs
Motti Verses
TRAVEL FLASH TIPS
Apply for a Blog
Please note that the posts on The Blogs are contributed by third parties. The opinions, facts and any media content in them are presented solely by the authors, and neither The Times of Israel nor its partners assume any responsibility for them. Please contact us in case of abuse. In case of abuse,
Report this post.

When my daughter Lihi was debating what city in Europe she should choose for her medical studies — her lifetime dream — I did not have in mind it would be the capital of Croatia. I assumed she would choose a city in northern Italy, or Hungary and maybe the Czech Republic. She chose Zagreb. Hundreds of Israelis have studied there over the years and last summer she took off on the last direct flight with two huge suitcases, rented an apartment with a partner and physically disappeared from my life. I was not ready for this and I had already planned to visit it on Sukkot and then the second great closure began following the Covid plague. The vaccines were then a utopia and the fear for her health was great.

She has gone deep into studies with quite a few difficulties and I felt helpless. Mostly she was disappointed with the city and all my attempts to explain to her that Covid hit all European cities, did not convince my student daughter. Since the vaccinations in Israel early this year,  I have decided that I must soon pay her a visit, but there were no direct flights. Leaving Israel for Croatia seemed more and more complicated.

Early May news of direct flights and Croatia’s consent to receive vaccinated Israelis without the need for covid tests hit the news. However, registration to the flights did not guarantee that they would actually take place. Flights were canceled again and again, until we got lucky. Last weekend, the direct Israir flight was packed with young kickboxing athletes to compete in a town near Zagreb, and we took off. We felt that without the group this flight would also be canceled. 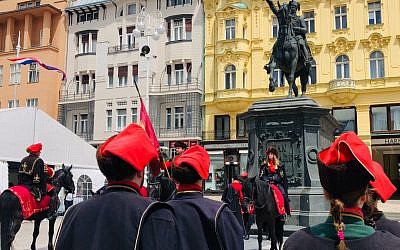 Zagreb received us with rain, but it soon vanished. We met Lihi next to Ban Josip Jelacic Monument, the symbol of Zagreb in the main square. Indeed it was an emotional rendezvous. We pampered her well during the next four days. Tourists were hard to find in Zagreb. We felt we were almost the only ones — museums were not open,  bus lines operated in a limited format, shops hosted a limited number of buyers. All these did not obscure our enjoyment of the city. The famous Roman Catholic Cathedral, on the Kaptol, the tallest building in Croatia 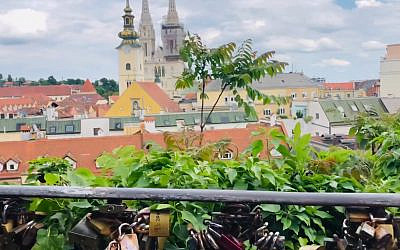 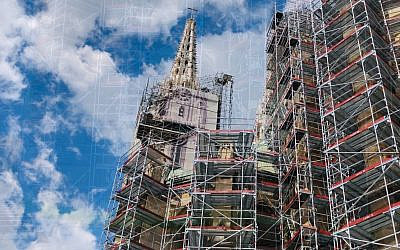 The famous Roman Catholic Cathedral, on the Kaptol – a look from a romantic vista at the old town and the scffolings due to the recent earthquake – photo by Motti Verses

was a must. It was closed and covered with enormous scaffolding. Its prominent spires are considered to be landmarks as they are visible from most parts of the city. However, one of its two spires was totally damaged in an earthquake that took place last winter. A sad scene. 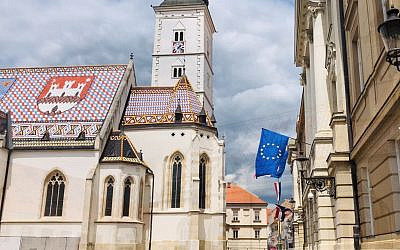 Church of St. Mark at the old town – photo by Motti Verses

We loved walking in the old town at the top of the mountain, impressed by the sight of the famous Church of St. Mark, but its doors were closed as well. Not far,  a good surprise — the Museum of Broken Relationships was open. With over 4,000 objects shipped from around the globe, we learned about broken hearts of lovers after their separation. Indeed one of the world’s quirkiest museums which is worth visiting. 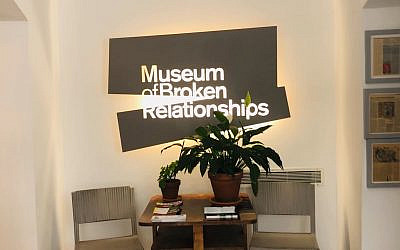 Downtown we loved the green parks and the overflowing fountains. We walked a lot by foot and also biked — highly recommended. The renowned Tkalciceva restaurants promenade is magnificent. It was so quiet when we dined there, imagining how vibrant it looked in the pre-covid days, that surely will return. It was pretty empty most of the time, and at 10pm all outlets closed per the government regulations. 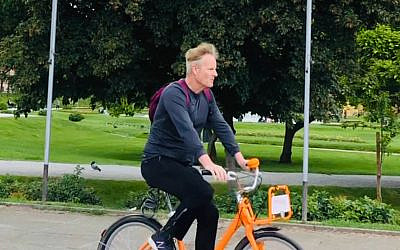 Shopping in the city was fun, as prices are incredibly low in comparison to Israel. For sure another positive angle for a visit to Zagreb. When the city returns to itself slowly with its turbulent cultural life, performances, concerts and festivals it will surely be a popular destination due to its proximity to Israel.

Our visit to Plitvice Lakes National Park did not materialize, as most of the means of transportation, there did not operate. However, the unforgettable experience of leaving Israel for the first time since the plague and finally enjoying a new culture was worth it all. 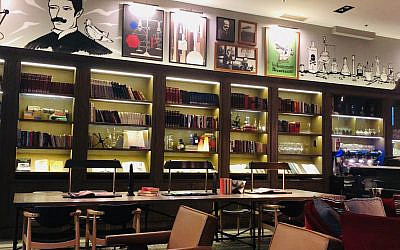 The Canopy by Hilton hotel, located not far from King Tomislav Square — where we stayed — is worth a quick review. It is a wonderfully fascinating boutique hotel that highlights a unique interior design. It focuses on the industrial surroundings and on works of two of the most prominent scientists of Croatia’s heritage — Nikola Tesla, best known for his contributions to the design of the modern electricity supply system. The second is Slavoljub Eduard Penkala, renowned for further development of the mechanical pencil and the first solid-ink fountain pen. It was great to notice how a lifestyle hotel highlights the best of the country’s history. 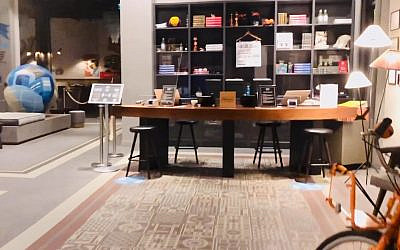 Zagreb is a lesser-known city, less touristy but well worth a visit for sure. We returned to Israel knowing that Lihi is in a proper, safe, fun and wonderfully friendly place.

However, the longings for her are even greater now. 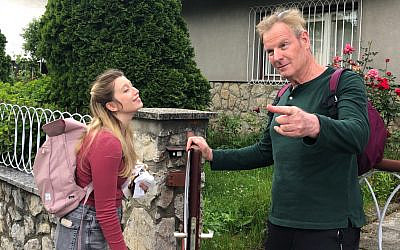 About the Author
The author is a professional hotelier in a leading international hotel firm.
Related Topics
Related Posts
Comments