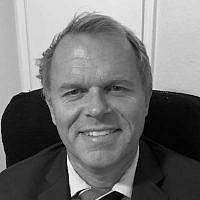 The widespread protests in China against Zero COVID policy in recent days – – some of which have called for political reform and even for Chinese President Xi Jinping to step down – – surprised many and caught Chinese authorities off guard. While protests in China often occur over local specific issues, the November 26-27 protests were unusual in that some of them targeted the Chinese Communist Party, an act of defiance which can result in jail time or worse.

The harsh pandemic measures which have caused extensive damage to the world’s second largest economy have pushed many in China to their limits, resulting in open expressions of discontent in dozens of locations – – a first under Xi’s rule.

While the full state response is yet unknown, over the past 48 hours authorities have amassed in major Chinese cities to deter additional gatherings. Police have forced people to delete photos and videos of the protests from their phones in efforts to stamp out evidence that they occurred. They have also collected retina patterns and fingerprints of protestors and have made house visits to those who attended rallies.

Universities, which were centers of activism during the Tiananmen Square protests, have sent students home.

According to reports, many protestors are currently being sought by security forces.

We do not yet know how things will play out or what the consequences will be. Yet, a few thoughts.

Concerning the demonstrations, it is possible that they will dissipate as the regime rounds up the participants, intimidates activists and even assuages those protestors who were not calling for political reform. Another possible outcome is a brutal crackdown.

While the protests have been an embarrassing rebuke of Xi and have left egg on his face, he is in complete control of the military, the Chinese Communist Party and the regime’s propaganda and security apparatus. Right now Xi is secure in his position, particularly after his consolidation of power during October’s 20th Party Congress.

For perspective, the areas where many of the protests took place last weekend have been cleared. Generally speaking, it is difficult for movements to gain momentum in China since the authorities have sophisticated surveillance capabilities and the dominant online communication platform is closely monitored. Other online messaging services are also heavily censored.

Zero COVID has been Xi’s hallmark policy. It has been used as a dual public health and societal control tool, and its resulting low death rate has been an integral part of the Chinese Communist Party’s boastful propaganda efforts to portray the Party as responsible and democracies as reckless with their large numbers of deaths.

However, the Chinese public’s pent-up anger over zero COVID that culminated in protests over the deaths of ten people in a November 25 apartment fire in Xinjiang have taken place during a time when cases are rising and strict COVID rules are not changing. The demonstrations are an unmistakable indication that Xi’s approach is no longer working and that changes will have to be made.

Xi faces a conundrum. China’s healthcare infrastructure does not have the capacity to care for a surge in COVID patients nationwide and its vaccines have proven ineffective against the virus. Vaccination rates are low and vaccine hesitancy is widespread, particularly among senior citizens. Just 69% of people 60 years of age and older and only 40% of 80+ year-olds have received booster shots.

Research papers published on Nature.com illustrate how China would face a catastrophe if zero COVID were abandoned without the introduction of effective vaccines. Such a scenario would result in critical care capacity being exceeded by 15.6 times the existing capacity, contributing to 1.55 million deaths.

Yet, while zero COVID may have had successes in its first year of implementation when initial strains of the virus were less contagious, it is no longer justified from a public health perspective given the highly communicable nature of the disease today.

Xi is also in a box politically. He has described zero COVID as “scientific and effective” and portrayed himself as a savior leading a “war” against the pandemic to protect the Chinese people. The protests are an embarrassment for Xi after he championed zero COVID as the only competent method to deal with the virus.

All of this amid Chinese officials’ pointing to high U.S. COVID deaths when defending zero COVID; Chinese state misinformation campaigns about the origins of COVID and the efficacy of Western-made vaccines; as well as a growing narrative propagated by the CCP that the U.S. is unable to meet today’s challenges and is in inevitable decline.

Xi’s premature triumphalism about his zero COVID approach which emphasizes total control of China’s citizenry has made him a target of criticism due to increasingly widespread beliefs that Xi has abused his authority and underperformed in handling this policy challenge.

In the short term, Xi has limited means to make headway against the pandemic and will need to rely on continued repression and monitoring of the Chinese people. This approach will result in continued reductions to the growth of China’s economy and additional interruptions to international supply chains, prolonging worldwide inflationary pressures.

As a way of deflecting blame and responding to the protestors, the central government will criticize local government officials for poorly implementing COVID policies and some are likely to be removed from their positions. To lower tensions, some local governments may ease some restrictions as has been done in Beijing, Urumqi and Guangzhou over the past 24 hours.

Although people in China have little immunity from the virus due to strict zero COVID measures, a nationwide vaccine mandate is unlikely at this point as current vaccines are of poor quality.

Worsening matters, Xi has refused to import more effective Western vaccines and therapeutics due to both nationalist pride and inconsistency with state propaganda about China’s victory over the pandemic.

Going forward, Xi will need to make adjustments to a COVID policy that for much of the pandemic was championed by the CCP as effective and a source of national pride which distinguished China’s model from that of the democratic world. Changing course will be a loss of face for Xi and an acknowledgement that zero COVID has failed.

However, drastic changes to zero COVID before China’s healthcare system is ready to accommodate large numbers of coronavirus cases is likely to overwhelm China’s medical infrastructure and lead to the very chaos that Xi has criticized in other countries. Such an outcome would discredit Xi and the CCP.

The key will be to strike a balance that demonstrates substantive changes to the brutal zero COVID policy to placate a fed up public while not allowing the disease to deluge the country’s hospitals. Part of this may involve sped up efforts to introduce Chinese-made mRNA vaccines and the distribution of therapeutics.

It is difficult to measure the scale of discontent within China at present and a dose of humility is needed given what we do not know. It is important to refrain from unrealistic declarations of Xi’s imminent downfall, just as it is necessary to avoid hasty proclamations of the inevitability of China becoming the world’s hegemon, as some assert at times. It may be that the events of the past several days simply tell us that China is grappling with severe challenges caused by the policy errors and ideological rigidity of its all-powerful ruler, Xi Jinping.

About the Author
Ted Gover, Ph.D. (Twitter: @TedGover) is Associate Clinical Professor and Director of the Tribal Administration Program at Claremont Graduate University, a program focusing on Tribal law, management, economic development and intergovernmental relations. Over the years Ted has taught courses on politics for Central Texas College US Marine Corps Base Camp Pendleton, and has served as an advisor to the Simon Wiesenthal Center and its world-renowned Museum of Tolerance, helping to coordinate and support their initiatives in Asia. Additionally, Ted has worked on behalf of a number of Native American Tribes on issues ranging from Tribal sovereignty, economic diversification, healthcare and education, and he writes occasionally on American politics and foreign policy. Ted is a graduate of Claremont McKenna College, Claremont Graduate University and Soka University in Tokyo.
Related Topics
Related Posts
Ted Gover