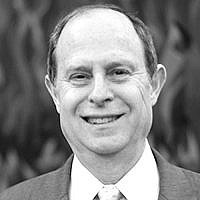 During the month of August it is very common to see older people walking the streets of Israel, frequenting museums, water parks and movies accompanied by much younger people in tow. During much of the month of August in Israel day camps are closed and organized activities for young children are at a minimum. Most often these are grandparents who are shepherding their grandchildren to numerous activities while the parents of these young wards are expected at work. It is simply known as Kaytanat Soos – Camp Sabba v’Safta – Camp Grandpa and Grandma.

Having made Aliyah on June 19 of this year as retirees, my wife Bryna and I offered to be part of the local custom and during the month attempted to help out as much as possible as we cared for as many as four of our grandchildren at one time.

One of the activities we chose was to visit to Mt. Herzl in Jerusalem during Herzl week. According to its official website, Mt. Herzl is the resting place of the founder of the modern Zionist Movement, Theodor Herzl, of Israel’s presidents, prime ministers, and leaders of the World Zionist Organization among others. In addition, at the entrance to the site stands the Herzl Center. It includes a multimedia presentation of the early history of the Zionist Movement concentrating on Herzl’s contributions as well as the reconstruction of Herzl’s study in Vienna. Many people visit the area because as the website states: “It is the site of major national importance for Israel and the Jewish people, where the annual official state ceremony marking the conclusion of Memorial Day for Israel’s fallen and the commencement of Israel’s Independence Day Festivities take place.”

During Herzl week admission to the museum was free and there were special activities for children and families on the grounds. We, therefore, decided to take a trip there with our grandchildren. We set up a time for our group tour of the Museum and our Israeli grandchildren learned a little more about the history of their country and the organization that established its foundations. We walked the grounds paying our respect to Herzl at his simple grave with only his name in Hebrew engraved on it. On a mound it overlooks the Judean desert on one side and old and new Jerusalem on the other, as the website describes.

We paid our respects to the former leaders of Israel and important personages in its history including Yitzchak Rabin, Golda Meir, Ze’ev Jabotinsky, and Hannah Senesh among others. A short walk down the hill was a memorial to those killed in terrorist actions. We stood in silence as we read the many names on the memorial. Unfortunately, since the visit, more names have been added, as recently as the past week.

I have always been fascinated by the story of Theodor Herzl and how he changed the face of modern Jewish history. Could he ever have imagined how his dream has been actualized? What would he say if he saw modern Israel today? I am sure he would be amazed by the startup nation, the ingathering of the exiles from the four corners of the earth, the indigenous culture that has arisen in the land and the amount of scholarship both secular and Jewish that has been created, among so many other items. I am also quite sure he would be disappointed that the state he envisioned has not seen a day of true peace, that anti-Semitism still exists, that there are cultural, religious and social rifts in the land which have not been solved and in many ways are getting worse.

In his book Altneuland, Herzl outlined his vision for a new Jewish state in the Land of Israel. He summed up his vision of an open society: “It is founded on the ideas which are a common product of all civilized nations … It would be immoral if we would exclude anyone, whatever his origin, his descent, or his religion, from participating in our achievements. For we stand on the shoulders of other civilized peoples … What we own we owe to the preparatory work of other peoples. Therefore, we have to repay our debt. There is only one way to do it, the highest tolerance. Our motto must therefore be, now and ever: ‘Man, you are my brother.'”

We are not quite there yet. We still have a way to go to fulfill his vision. We may have an independent state but we have not yet built the “model society” that he and other Zionist thinkers envisioned. There is much more to be done.

Herzl’s Hebrew name was Binyamin Ze’ev – my father z’l’s was Binyamin, mine is Ze’ev. Perhaps in the footsteps of Herzl, I carry from my birth that responsibility and that privilege. 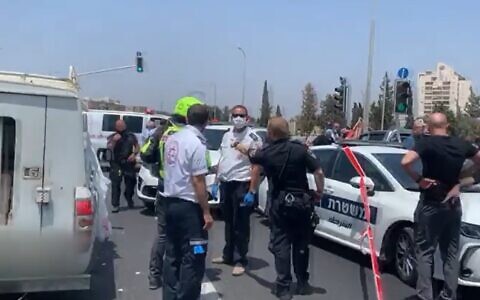 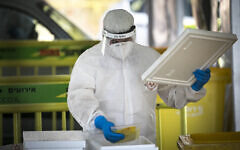 In reversal of position, WHO tells public to wear masks if unable to distance
Robin MILLARD