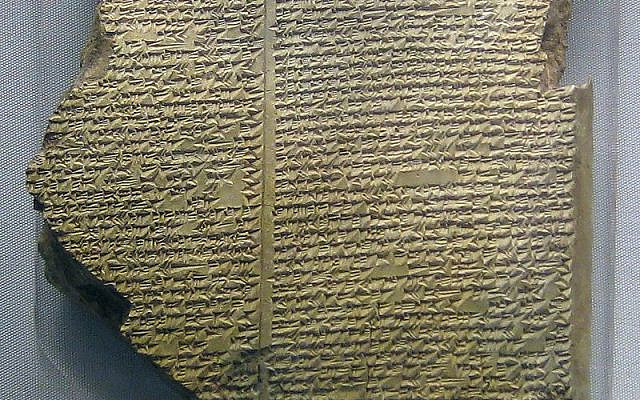 “And it came to pass, when men multiplied on the face of the earth, and daughters were born to them…”

The similitude between the flood in the Old Testament (chapter six, seven and eight of Genesis), and the flood in the various versions (there are three in all) of the Mesopotamian Epic of Gilgamesh is not a well-kept secret. Mention is even made in the introductory paragraph for a Wikipedia page on Noah and the flood. In the 19th century, when tablets were found bearing various fragments of the Gilgamesh epic, this parallel was the source of much academic and religious controversy. Today, any likeness between flood mythology, as it relates to Gilgamesh or Noah, is unfortunately deemed nothing short of coincidence.

Utnapishtim is the name of the sole survivor of the Babylonian Flood in the Epic of Gilgamesh. As survivor, he earns eternal life. For this, parallels are drawn between Noah and him (on account of Utnapishtim’s and Noah’s crucial relationship with heaven, respectively), as well as between Noah and Gilgamesh (sometimes portrayed as master of animals), the hero of the epic. “The Ninevite version of the epic begins with a prologue in praise of Gilgamesh, part divine and part human, the great builder and warrior, knower of all things on land and sea…” reads the Encyclopedia Britannica in an entry on the epic. This, in a way, raises to mind Noahide images (though not as much as Utnapishtim). The positive attributes of Noah’s character, that is, are enumerated upon in the biblical text. For in the scripture we read:

“And Noah found grace in the eyes of the Eternal…”

Like Gilgamesh, he seems to be favored by divinity, more so than all the other Creations. Like Utnapishtim, he and only he, has the stamina to survive the devastating destruction of the flood.

We move on down to the middle of line (ט) and read:

“Noah was a man of perfect nature unto his generations; he moved with God…”

We are hereby reminded of Gilgamesh slightly, in that the two were both directly moved by divinity. But whereas Gilgamesh is a demigod, Noah is simply mortal but highly moral and ethical and pious. Gilgamesh, who supposedly reigned in around the year 2700 BCE, was, at-times, a wicked ruler, who presided over the Sumerian city-state of Uruk. But the collection of various fragments of narrative wasn’t finished and edited in its entirety until between circa 1830 BCE and c. 1531 BCE. According to the Hebrew calendar, in 1656 BCE, Noah’s flood occurred. This places the Biblical Flood right in the window of one of the most recent editions of the Epic of Gilgamesh, (compiled by a scribe known as Sîn-lēqi-unninni). Could it be that the Hebrew years are being miscounted, and therefore we are talking about an actual flood which utterly destroyed civilization in the ancient world? Or is the folklore of the ancient Middle East accented by archetypal symbols in our present unconscious, (such as floods and other natural disasters), which would make the ties between Torah and Tablet XI and Tablet XII of Gilgamesh, seem less ironic?

Andrew R. George is a professor at the University of London who is well-known for his translation of the Epic of Gilgamesh from Penguin Classics (2000). “My view is that the Flood story is a piece of mythology, and as such can have many values…” he wrote me in a private email. “In ancient Mesopotamia its primary function in narrative myth was to act as a barrier between mythical time, when the gods walked the earth, and the present world…”

In Jungian psychology, the mind produces archetypal symbols in order to unlock the unconscious. As we read in an online film review for a recent cinematic adaptation of the story of Noah and the flood, steeped in Jungian language, C. G. Jung (1875-1961)…:

…saw common symbols and archetypes (images and figures respectively) within his patients’ (and his own) dreams, writings, and paintings, and found that the imagery represented internal conflict to each individual. In other words, the psyche dramatized inner conflict through visible narratives of symbols and archetypes that offered the individual a chance to confront and resolve conflict. This psychic narrative moved through a pattern of conflict, dissolution, and restoration, guided the individual through adaption to the conflict and, if successful, renewed psychic and spiritual balance.

Later on in the blog post, The Archetypal Flood: Psychological Regeneration & Aronofsky’s ‘Noah’ by Alexandra Nicewicz Carroll, continues, “Jung compared the narrative, symbols, and archetypes…with mythology and religious scriptures, and found similarities that suggested myth and scripture as individuation narratives in their own right.” This is how the Torah, which claims to tell of a historical flood, serves as a key to our psyche, therein facilitating the religious exploration of our subconscious, (which can relate to the flood on both historical and psychic levels; or better put: internal and external dimensions). 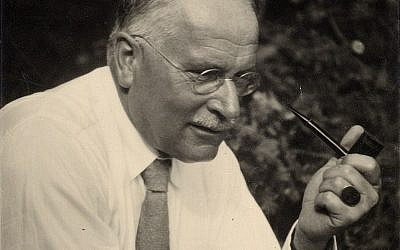 Life coach, teacher and visual artist, Diana Deaver, expounds on what Dr. Jung means, tying it into this week’s parasha, about the flood. She writes that “[A]ccording to Carl Jung, water in our dreams often symbolizes the unconscious. And what could flooding mean then? Flooding is often accompanied by very strong storms, winds and rain. These phenomena are often compared to challenging feelings: anger, rage, grief, sadness, pain, fear…” Does knowing this add another dimension to our study and comprehension of the Torah, specifically Genesis and specifically the parasha of Noah? Another blogger, Dr. Jeff Howlin, Ed. D. is a professional Jungian psychologist. He writes, “…[D]reams of disasters like earthquakes, fires, floods, wars, etc., often mean that something is dying or needs to die within the individual for psychological growth to occur.”

If a deluge did not really take place, leaving the archetype of the Hebrew and Babylonian Floods shrouded in mystery, why has this example of natural disaster entered the imagination of our culture and collective consciousness? Inscribed our religion and folklore? Did ancient cuneiform and Hebrew scribes encrypt messages to our collective subconscious with the very intention of doing so? Professor George of the University of London wrote in his email to me, “Because we cannot know the motives of whoever first told the myth [of the flood, and the one man who was saved], we can only say that a psychological reading is a matter of reception, not of original intention. And there could be many different receptions, even in antiquity.”

As for the actual archetypal flood, since historians hold that the Epic of Gilgamesh predates the Biblical Flood account, Professor George conjectures, “Babylonia was prone to large-scale flooding. I think it very possible that the Mesopotamian flood myth was inspired by some cataclysmic inundation there deep in prehistory.” This is not to say that God didn’t really create a flood to inundate the earth, and tell one righteous man, Noah, to build an ark and raise animals to survive and procreate, once the waters subside; or that there is no element of truth found in the character of Utnapishtim.  As for his own theory of how the flood symbol finds its way into the Torah, Professor George explained to me, “It could have been a legacy of prehistoric mythology that survived in [Judaic] folklore, as probably were flood myths in other parts of the world…” he wrote. “Or it could have been borrowed from another culture…” continuing that, “We do know that Babylonian flood narratives were exported to the Syro-Palestine area along with cuneiform writing, and it seems very plausible that the story entered local folklore by that route and was adapted into local narratives.”

No matter the true origin of the flood story: Noah, Utnapishtim, beyond…be it an archetypal symbol of our unconscious selves or the physical history of the world, the anecdote, as it is found in the Torah, serves our interpretive minds on two levels: It, the images of the flood and the ark, permeates our individual egos and cuts right down into our collective, cultural psyche. And, the flood story is also used, whether seen as allegory or not, “…as a [didactic] tool of God to erase sinfulness from the earth,” as Andrew R. George puts it.